Drew—Ryan, you recently carried out several commission-based performance works, including “MEEM” for Performa, “Misty Malarky Ying Yang” for the High Line, and “MEEM 4 MIAMI” at Art Basel Miami Beach. Do you approach working within a gallery context differently?

Ryan—I attempt to differentiate these two sides of my practice by calling one my studio practice and the other my performance practice. In actuality, both are made in studios—an art studio and a rehearsal studio. It’s fitting that even in naming them, they collapse into each other. The performances inform the plastic objects and vice versa. In some ways they are the same. The performances came out of my original interest in photography and sculpture though, so sometimes I’m more comfortable working within these modes of making.

Drew—What will viewers see in this show that might be different from your other performances?

Ryan—This exhibition was created around the fact that, over the next two months, people will experience the work either solo or in a small group. This differs from the performances that are designed for a mass of people. What remains the same is my interest in the relationship between the audience and the work. Developing, tweaking, upending, and soothing that relationship drives my practice.

Drew—Piper, you used to be a curator at The Swiss Institute, a nonprofit art space in New York, and this is your first show for Mary Boone Gallery. Have you also had to approach organizing shows for a commercial gallery differently? And what drew you to Ryan’s work for your first show?

Piper—This is the first exhibition I’ve curated in a series for Mary Boone, and working within this gallery context, specifically, is fascinating given the gallery and its historical framework. During the research for the exhibition, I encountered questions asked in the early eighties by critics and artists, questions that continue to resonate today. For instance, the question asked by Hal Foster in “Signs Taken for Wonders,” can the issues of a technoscientific, post-industrial society be addressed by a pre-industrial medium like painting?

I see McNamara’s exhibition responding to this specifically, complicating and rehearsing how the technical mediates the reception of the work of art, all while creating materially interesting work that often draws from techniques of craft.

Ryan’s sculptural work agitates the traditional relationship between temporal performance and leftover, archival material, all while encouraging the audience to perform alongside the sculptures and artworks through selfies and documentation that is transmitted via social media. His play with reception and transmission of images interests me, he encourages us to think with analog and digital, encouraging us to pause and see and think about how we experience that circuit and how art facilitates it.

Drew—Did you work collaboratively on the show?

Piper—The exhibition arrived from an ongoing dialogue. Ryan and I would meet to discuss ideas concerning his work and also performance, perhaps once every six weeks or so, and then we would part. He would think through those ideas on his own, present new ideas, and then we would talk again.

Drew—Ryan and Piper, over the past decade, there’s been growing acceptance of performance art in museums. What makes performance more attractive to institutions at this moment, and how do you see its institutionalization influencing the practice?

Ryan—Good institutions follow artists’ leads, and artists have been interested in performance for a very long time. A relevant conversation developed recently around museum programming, attendance, and performance, but it would be much more productive for someone to go read this well-documented and ongoing dialogue.

As for institutional impact, it’s very similar to the effect institutions have on all works. Curators, ticket-takers, and security guards will all alter the presentation and reception. Museums are playing catch-up though in terms of producing performances. For hundreds of years, none of the art needed to eat or to go to the bathroom, and these practicalities are still being ironed out.

Piper—Shannon Jackson gave a very provocative lecture about this at Artists Space [on the occasion of the Whitney Biennial] in 2012. She brought up the idea that many of the aspects of performance that contemporary art deals with are questions that have existed for hundreds of years within the history of theater. While that may be true, the increased everyday performance encouraged by social media raises new questions. Do we perform and exercise identity everyday? Are our roles inherited? How do we alter that? This is a rich source of questioning within contemporary art.

Drew—Performance art has traditionally been transmitted through photographs, documents, and props, and it now seems like contemporary art is increasingly consumed via, and even produced for, installation shots and pictures on websites such as Contemporary Art Daily and on Instagram. How do you both approach art making and exhibitions in such a context?

Piper—The aesthetics of transmission, and whether mediation of images matters, is a question very important to my research and curatorial work.

Ryan—Many of the objects in the show attempt to be something they are not, and succeed fairly well in this misrepresentation upon first glance or within installation shots. The formless attempts to be virtuosic, the analog attempts to be digital. There are also aspects of the show that lure the viewer in to take a photo, but by the time she pulls her phone out, these seductive elements disappear. 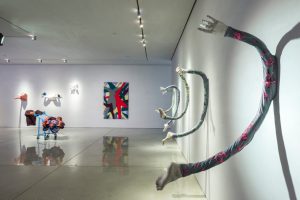 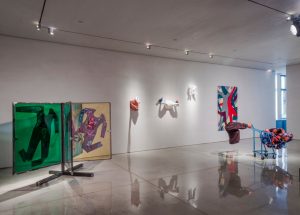 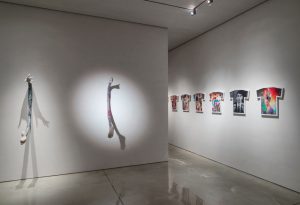 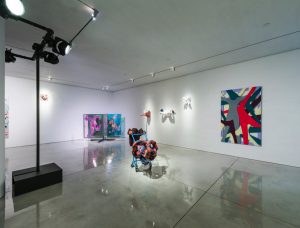 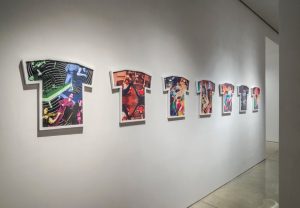 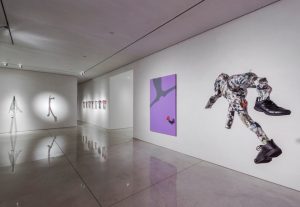 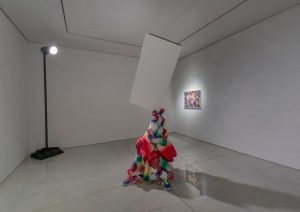