To commemorate the 25th anniversary of the collapse of the Iron Curtain, Document presents exclusive photos of the U.S.S.R.

On December 25th, 1991 the Soviet Union formally dissolved. This was a narrative that dictated much of the collective cultural history of the 20th century, and its disintegration would alter the political, economic, and military situations across the world. The looming threat of the Cold War and the spread of communism as well as the visual language of the Iron Curtain and the Eastern Bloc had instilled fear around the world. The wrongdoings of a succession of leaders left workers in terrible conditions within the confines of an economy unable and unwilling to grow, in a society filled with a scarcity of goods, as well as information, and many living in exile or in labor camps. By the early months of 1990 this would begin to change as various Soviet republics commenced the fight for their independence.

The shift towards dissolution began in the mid-80s with Mikhail Gorbachev’s policies of perestroika, meaning “restructuring,” and glasnost, meaning “openness.” Gorbachev thought the economic and social reforms would save the Communist Party and keep the U.S.S.R. intact, but its downfall became inevitable. Through the two policies censorships lightened, access to information—both within the Soviet Union as elsewhere—became more accessible, workers were given opportunities to own businesses, and members outside the communist party could participate in elections. These new systems only highlighted the vast differences between life behind the Iron Curtain and the freedoms and wealth of the West. A voice opened up for those not just anti-Communism, but for those who, for the first time, were seeing the State for what is was.

The Soviet Union consisted of 15 republics in 11 time zones, and by March of 1990, Lithuania became the first state to declare its independence. Over the next year and a half efforts to both dismantle and preserve the Soviet Union would continue, including a failed coup d’état, finally ending on Christmas Day 1991. Japan’s Asahi Shimbun newspaper commissioned Japanese photographer Keizo Kitajima to begin documenting the state of the U.S.S.R. in November 1990. By that point 13 of the 15 republics had already declared independence. This was the setting when in November of 1990, Kitajima began his nearly yearlong documentation of the Soviet Union, photographing the country and its people during the last moments of its dissolution. Kitajima, most commonly known for his high-contrast, saturated, black-and-white photographs taken on the streets and in the clubs of Tokyo, as well as New York and Berlin, was a student of the post-war photographer Daidō Moriyama, and an integral part of developing a place for photography within Tokyo at the end of the 70s and early 80s. Kitajima set out photographing its people. He took both studied portraits and snapshots of citizens, from workers to government officials. He also took breathtaking landscapes of the region, capturing the rawness of industry, farming, railways, communist housing, the starkness of Soviet nationalist landmarks, along with the intimacies of the family home.

Kitajima photographed the Soviet Union on now-obsolete Kodachrome slide film. Through this choice of medium, Kitajima, while very much capturing the people and sentiments of the place, simultaneously creates images so rich and subtle in their color and texture that the imperfections in the country being photographed become imbued with a sense of tactile seduction and visual poetry that carries you throughout the intricacies of each image.

Kitajma’s images confront the rigidity of the architecture, the way electrical lines, streets, industrial structures tend to emerge from the landscape as one complete sculpted world where rivers, fields, housing, railways and machinery all speak of the same language.  There is an impulse in these photographs towards an objectivity, though Kitajima quite clearly has immersed himself in the center of this country and its people. The Soviet image had been so well preserved up until this point, both internally through heavily generated propaganda, and by the West and the harnessed stark contrast between the two. Kitajima was inherently not a part of either of these systems and his images don’t ask us to adhere to sides.

In acknowledging these images within their relatively brief historical context, it is nearly impossible to not consider them in respect to how much the world and the way we see it has shifted in the past 25 years. When Kitajima entered the Soviet Union, it was with almost unprecedented access to a society that had kept tight reigns on the way imagery was allowed to enter and exit the country. But it was also during a time when the photojournalist was the eye with which the rest of the world gained access to what it did not know. It was a unique perspective provided by people who both understood the medium and its power for aesthetics and cultural consciousness. Since then we have witnessed the world as it has adapted to life with the iPhone, the internet, cheap digital cameras, and a massive oversaturation of imagery and information where everyone is a photographer, a journalist, a purveyor of information. And while that has allowed for an unmatched ability to understand the world and obtain access to people everywhere, it has lessened the urgency for the photographer, purposed with both the empathy of another people and the objectivity and necessity to take images.

There is a type of respite in each of one these moments, a quiet acknowledgement, knowing that after all the time Kitajima spent immersed in the U.S.S.R., these were the images and moments and people and places he chose. As we revisit these images 25 years after they were originally taken, we must also remember the era they captured. 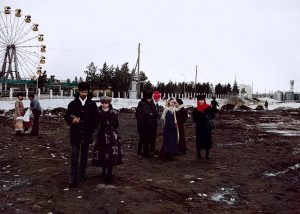 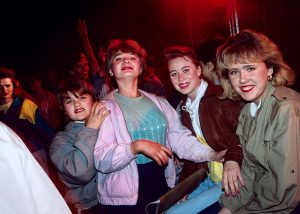 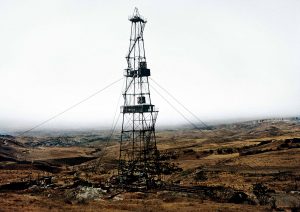 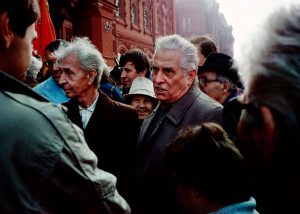 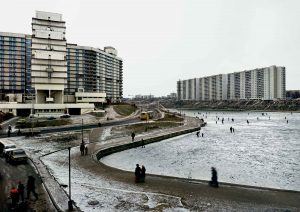 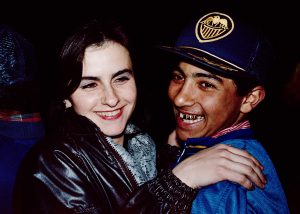