Document contributor and famed Polaroid artist Maripol sits down with Léonard Lasry, the French songwriter, music producer, and co-owner of the sunglasses brand Thierry Lasry, to reminisce on their musical collaboration Love each other. Inspired by Maripol’s photography and infectious personality, the pair co-wrote four songs: Love each other, Passion in the desert, Tuesday, and Under my skin and collaborate on the music for Instant Magic, a special on Hugo Boss in issue 6 of Document. They discuss more below.

LEONARD—A lot of people are leaving Paris too.

MARIPOL—I am having an existential crisis: I don’t know where I’m going to go. I think it would be helpful for me to leave New York completely.  I don’t know if I’m blazé, but I’m less excited now in general. What do you think is the difference in style between people walking down the street in New York and people walking down the street in Paris? I’m talking about the way they dress because everything is permitted in New York. No one would look at you because they are used to it. In Paris, if you dress a little bit differently they really look at you, no?

LEONARD—Yeah, but in a good way you think?

MARIPOL—No, not in a good way. The more fashion I shoot the more I realize that it just comes really naturally for me to shoot fashion because of my background, but I don’t see myself as a fashion photographer. I like the mix of singing and fashion. As a matter of fact, we talked about doing a project together that is very visual. I’d want you to play live on the piano.

LEONARD—With my piano, I performed in around 60 concerts. After a while, I began to get quite bored and I wanted to move around and express my body but felt blocked behind my piano. After this period, I presented with a group of musicians, only performing on stage on a few special occasions. I am thinking about developing a new musical configuration to play live during my next solo album.

MARIPOL—We just did a “calendar song” with each other, though.

LEONARD—Yeah we came up with it together when I was at your place, and I saw all your papers and drawings and notebooks. I took a lot of pictures of everything and then we did a calendar kind of song; one Maripol sentence associated to each month. My favorite is December.

MARIPOL—Sometimes I still think about it and I still try to analyze what I wrote. “Is religion a way to God or is God a way to religion.” I think we all have God in us, if you believe of course. I do not think we should be killed for being non believers, or believers of another religion.

LEONARD—Bob Dylan, Joni Mitchell, they all tried to change the world, through politics, but never succeeded in changing anything.

MARIPOL—Yeah, because there is still so much violence. Maybe people don’t listen to each other enough. We are living in the fast track. Everything is so individualistic, just look at today’s politics. What are we in the universe? All life is to make amends.

Have a listen to Maripol and Léonard Lasry’s collaboration: Love each other, Tuesday, Passion in the Desert, Under My Skin, and watch the exclusive video from Document Journal S/S 2015, Instant Magic, featuring excerpts from Love each other and Tuesday. 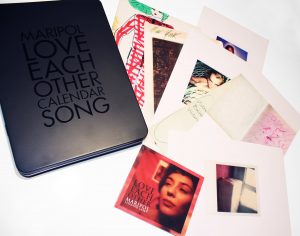 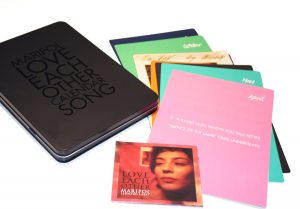 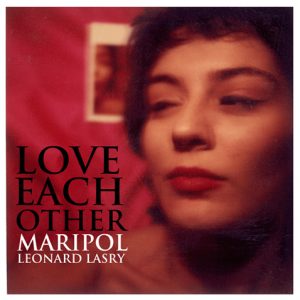 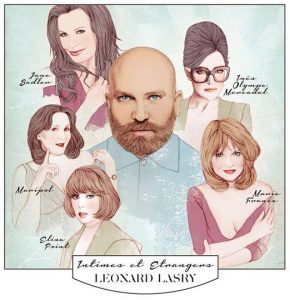