Experiencing the "cozy warmth" of the blogger turned actress.

How do you write about the first months of a new love without sounding trite and self-aggrandizing? You know what I mean: Isn’t it marvelous that I’m having this experience, look at what’s happening to me—that kind of thing. So, let me just say straight off that I hope this little tribute to Tavi, a new, beloved friend, steers clear of calling attention to my good taste in knowing her and turns the spotlight on her remarkable achievements, good, practical sense, and interest in persons other than herself. I first saw Tavi perform in Chicago; she was the girl in This Is Our Youth, and her performance was filled with such spontaneous nuance and intelligence—was so un-actressy—that my friend and I went to the opening night after party, which I never do. We were in the glow of what you might call Tavi’s truth as a star; that is, was her allure real? It was. 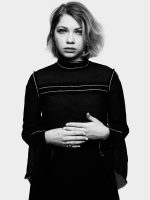 At the party Tavi emitted a kind of cozy warmth in the midst of the crowd; indeed, the crowd was not her concern when we met but talking one-on-one and in a real way was. She wanted to know who I was as much as I wanted to know who she was. Her naturalness was not an affect, it was her essence. And it became, in short order, my joy. I was, like everyone else, aware of Tavi’s previous incarnation— as the founder, editor, and heart behind Rookie, the brilliant magazine for young girls. (The greatest moment for me during a recent book tour was when two Rookie editors showed up to a reading in San Francisco.) But my knowledge of Rookie when I first met Tavi was relatively minor compared to my experience of her as an actress. (Like everyone else I had admired Tavi in that sweet 2013 film, Enough Said.) In recent weeks, I have been reading the Rookie Yearbooks and I had to do it slowly, not only to truly absorb the ethos of the project— young girls not only have value, but can and will change the world—but to recognize that on every page of that monumental project there is Tavi: sure footed, imaginative, beautiful, and strong. 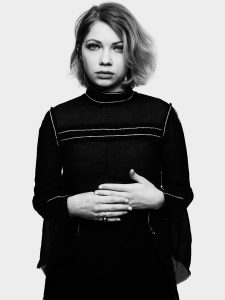