We are very sad to learn of the passing of Edwige Belmore, who grew up behind convent walls and became the passkey to Paris’ legendary punk scene at its most exciting. Here, we revisit her recollections from Document No. 1. Edwige, you will be dearly missed.

“How did I become the ‘Queen of Punk’ in Paris? Well, it’s actually quite funny. It just kind of…happened.

I had nothing to do with punk rock or the whole punk scene but I guess I was at the right place when everything just exploded. I was only 20 years old, but I thought, why not. This will be a new start for me—my rebirth.

The magazine Façade was doing an issue about art and the punk scene in Paris. They wanted Andy Warhol on the front cover. Andy at the time was known as the ‘Le Pape du Pop,’ but he needed a queen.  And there I was. So the story became “‘Queen of Punk’ meets the ‘The Pope of Pop’.” And bada bing, it was done. That’s what I remember.

Thirty years later, it still sticks to me. I love it. Before Façade, I knew I was into style, but I’m not going to say fashion because really I didn’t know anything about anything at the time. Punk wasn’t about money or clothes though, it was an attitude. We were this fierce gang that included Loulou de la Falaise, Paloma Picasso, Yves Saint Laurent and a 16-year-old named Christian Louboutin. It wasn’t about who you were or what you wore; it was how you wore it.

The Façade cover propelled me into this punk scene and I found a home there. When Fabrice Emaer asked me to work the front door at Le Palace, he told me “Mon bébé d’amour, this is your home. You decide who comes in and who doesn’t. This is your house.” That was mind-blowing to me—I grew up in a convent, I never had a real home before. And suddenly there I was at 20 years old, with three bodyguards on either side of me, deciding who got to come into my house.

Le Palace was amazing. It was the most intensely beautiful and crazy place to be in those days. We were the Studio 54 of Paris—something that has no equal today. It was a wild time; music and fashion were just exploding and there I was, watching the crowd invade the street. Karl Lagerfeld mentioned in his book that I once refused the King of Sweden because…obviously, he must have been an asshole (excuse my French). The rebirth was complete.” 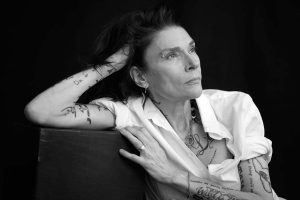 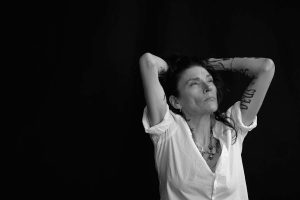