The artist shares work inspired by the colors, textures, and spirit of the New Mexico terrain.

The cacti. The dried rattlesnake skin. The wood. The dead locusts. Sculptor Lynda Benglis gravitated towards the outskirts of Santa Fe due to the rich abundance of flora and fauna surround- ing the land that would eventually become the site for the studio, which she designed herself—putting in a skylight for natural light, shipping in Civil War-era doors, and hiring an adobe craftsman to create the walls—and where she has practiced since the 90s. “The desert in the topography is full of cracks, cracks in the landscape, cracks in the clay,” says Benglis.

Document traveled to New Mexico to photograph Benglis’s latest series of sculptures—paper works seen here for the first time—that emulate the textures and hues found in the Southwest. She constructed the pieces by first making her own paper. Then, she would create a frame from chicken wire, shaping it to her desire. Benglis leaned toward cylindrical or totem-like forms. Afterward, she would spray the paper with water until it became pliable, molding it around the frame, leaving bits of negative space here and there. After the paper hardened, Benglis would add strokes of paint or splashes of glitter, which she has used in her work since the 60s. “My pieces develop these kinds of openings in the curved planes which appear like open spaces where there is negative space, and then there is positive space in the pieces.”

Benglis compares the shapes and textures of her work to her surroundings. “The cacti themselves dry up, and they become kind of like sticks with holes in them and spaces in them,” she says, adding “The bushes also become sort of very spatial in silhouette.” Benglis also looks at “things that dry up, rattlesnake skin… different kinds of plant life have a thin, skeletal look. Including the landscape and the life itself. And it looks like paper, some of it.”

The color palette in the works is derived from the hues in the desert sky. Splotches of soft yellows, pinks, and peaches collide with glittery turquoise and gold. In another, sparkly shades of blue and green mesh with grey and black. “The sky is intensely modulated,” says Benglis. “And they go from a kind of white to natural—all kinds of pinks and reds and blues—greens even. It’s very delicate. So when there is color, when there is anything bright, sometimes it is very intense.”

It is when juxtaposing the images against the very surfaces around the studio that influenced her work that their commonalities become evident; the pockets of space in the sculptures look like the craters in the rocks. The roughness of their skins mirror the coarseness of the adobe walls. The way they curve up and down follows the silhouettes of the hill peaks.

But in the end, it is up to the viewer to interpret the meaning and the shapes of Benglis’s forms. “We are flesh and blood, and if you see a form in another material, you perceive it with a different function,” she says. “But usually, work that is made for the wall or the floor is either an illusionistic or pictorial space or it can be an illusionistic form that creates a feeling of what you might identify the object as, or associate the object with.” 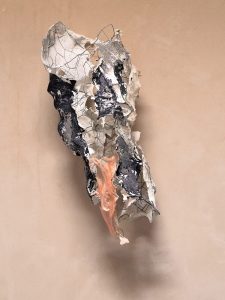 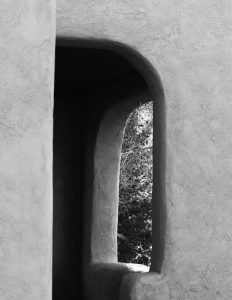 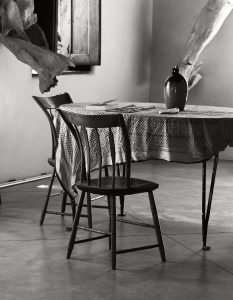 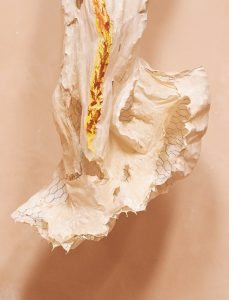 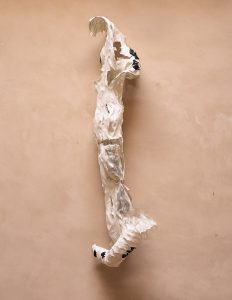 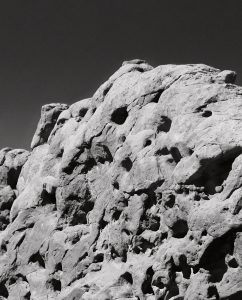 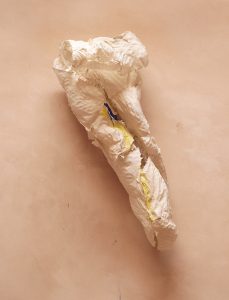 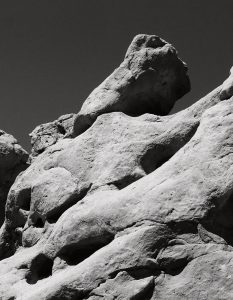 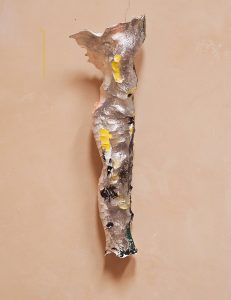 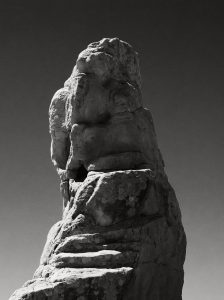 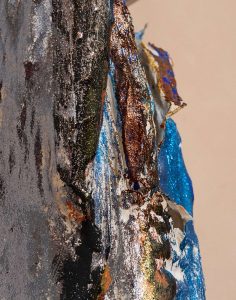