In 2014, Dutch-Columbian model Damaris Goddrie stunned the fashion industry following her debut with J.W.Anderson. She has since linked her name with the likes of Steven Meisel, Mert & Marcus and Paolo Roversi among others. She sat down for a Document exlusive interview with model, photographer and filmmaker Dorith Mous to discuss her thoughts on the life of the rising model.

Damaris Goddrie—I was born in The Netherlands and grew up in The Hague. At fourteen I moved to Belgium with my parents due to a job switch. My mom is Colombian-Ecuadorian so at home we spoke Spanish. I live in Paris for now, mainly for work.

Mous—To some, home is a place. To others a person, or a pet.  What makes home, home to you?

Goddrie—Home is a familiar greeting, a hug. Home is the safest of all, where the smell is known, where the people you love are present, where the food is the best. Home is where you don’t have to adapt because people already know who you are. It’s the warm, fuzzy feeling you get when you’re near it.

Mous—The ten-thousand hour rule did not apply to you, you ‘made it’ in the snap of a finger. How do you feel about persistence? Is there anything you would absolutely bend over backwards and go the extra mile for?

Goddrie—To be honest, I have always had a little envy towards people with persistence.

I have quit a lot of things in my life because I lost interest in- or was just plainly bored by it. I guess the only thing I’m persistent about is finding something I won’t quit.

Mous—You can be ‘hot’ and working one day and fall off the grid another. Is this a fear of yours at all?

Goddrie—Surprisingly enough I don’t have that fear. I can very well imagine one can be fearful of it though cause it’s not something you have control over. Whatever comes my way, I try my best for. That’s all I can really do. I have already achieved many things I never thought I would or though to even be possible. I am more than contented with my career. Even if it would stop now. Maybe that’s because I have other things going for me besides modeling —giggles.

Whatever comes my way, I try my best for. That’s all I can really do. 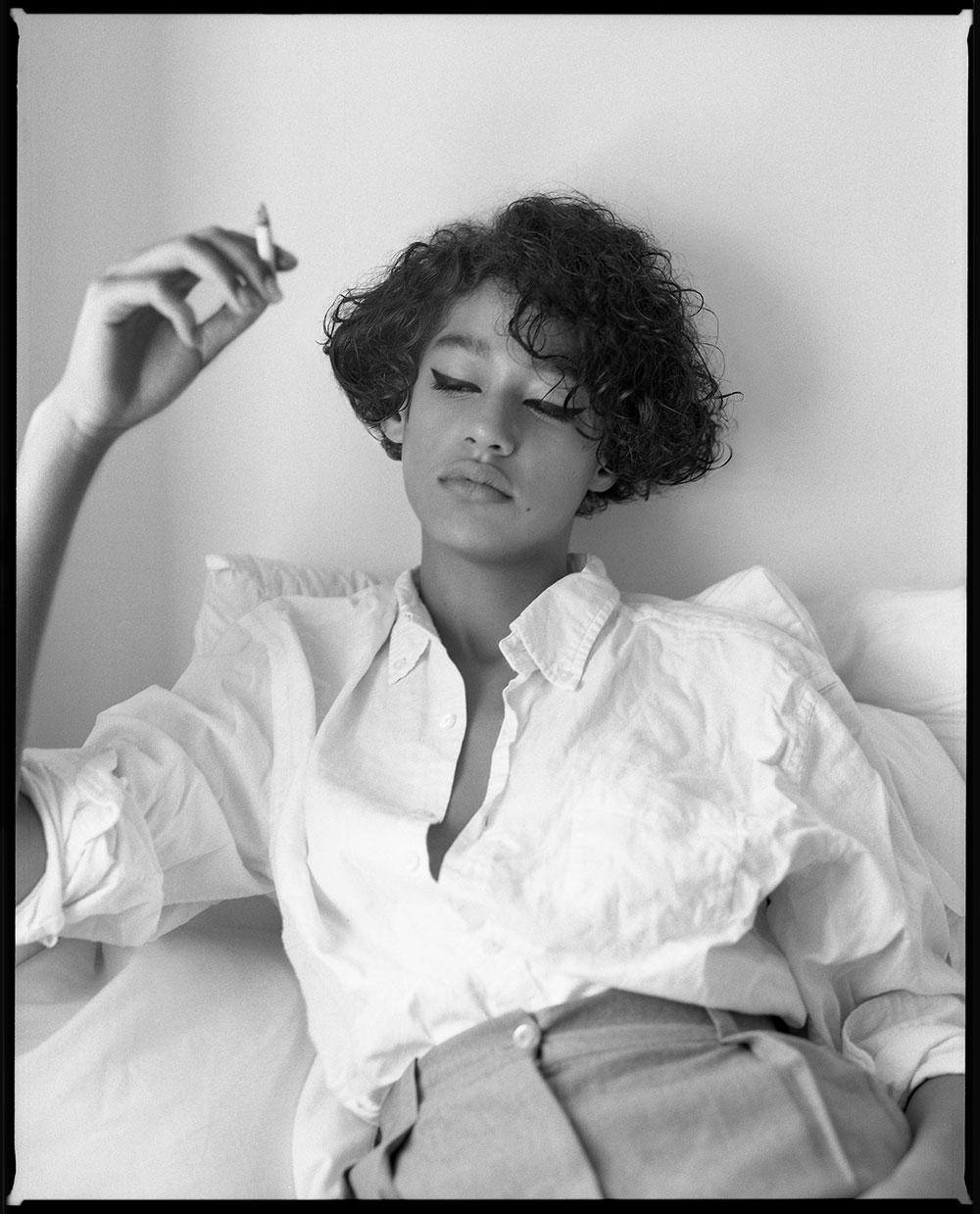 Mous—What makes you stand out as a person?

Goddrie—I’m not easy to make friends with, I’m not very sociable, but if I do get close to you I’m extremely kind and I always try to give my best in a friendship. Once you become a part of my circle I most likely will never ever let you go.

Mous—People tend to think they know a person when their image is exposed often. Have you ever been bothered by any stigmas? Expand if so…

Goddrie—I haven’t really, besides the fact that people often think models live for modeling. People will talk to me as the model and I kind of despise that. I got so many other things going on in my life. Modeling is what I do, it’s not who I am. I do my job and that’s it. I’m not saying I don’t enjoy it, I do, but the fact that I work as a model doesn’t mean fashion is engrained in my character.

Mous—How do you feel about social media? Do you think people lose authenticity by being on them?

Goddrie—I’ve never really been into social media. I’m not good at it and I’m a very private person. I think a lot of people make social media a huge deal and basically have two separate lives; the one they portray and the one they keep to themselves. That can’t be very nice.

Also, social media are very superficial. Following someone’s feed doesn’t mean you get a peek into someone’s life even though it’s very easy to feel like you do. I guess that’s what makes it so popular; a ‘peek into someones’s life’. But it’s not. It’s actually a peek into how someone represents it. The amount of followers you have says nothing about you at all. It doesn’t define you. To think it does is a shame, really.

Mous—You don’t eat meat… why is that?

Goddrie—There are several reasons. First of all I believe that the meat we buy in the supermarkets will rather cause you harm than do you any good. It’s filled with anti-biotics and growth hormones. It’s not good for your body at all. Secondly, the way the meat industry is as of now is such a strain on Mother Earth. This mass production we’re doing is very bad for the environment. If we don’t stop, things will go wrong. Last but not least, I just really love animals.

I remember, when I was in Colombia as kid, I had some chickens and ducks. My family just killed them to make a soup! It made a real impact on me. I considered those animals pets…

I have a cat now and I couldn’t imagine eating my cat. I feel the same for a bird as I do for a pig or whatever other animal. I don’t think humans aren’t supposed to eat meat, but I personally just don’t feel the necessity to, so why would I do something that makes me feel bad…?

Mous—There’s many ways of being healthy. Opinions about soy, eating meat and raw food change as often as work-out regimens. How do you define healthy?

Goddrie—Healthy, is finding a balance. There’s physical health and mental health. I don’t think a restraint on anything will do you any good, mentally,  so I think health is trying to balance what you eat and do. I believe it’s the best way of taking care of yourself.

Mous—People often assume models are perfect and therefor have no insecurities. For obvious reasons this isn’t the case, like people stating you need to change constantly to suit their esthetic. What would be one thing you’d change about yourself if you could?

Goddrie—I think every path anyone has ever taken had pain and hardships, so I don’t think I’d completely love to walk in anyone’s shoes. At least when I walk in my own I make my own choices (and mistakes), with my own heart and brain.

I would hate to walk a mile in the shoes of a woman in a country where she has no rights. I’d hate that mile as much as she probably does with every step. 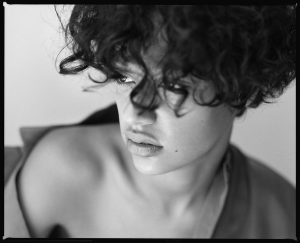 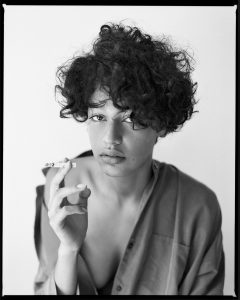 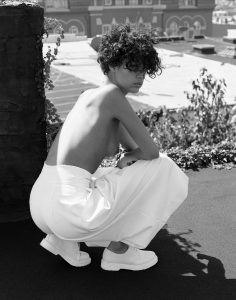 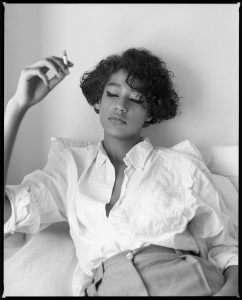