Known for its contagious breath of independence, London Fashion Week offers its fair share of implications as it does fantasy. Here, with photographer James Anastasi, Document pauses backstage on significant moments from the week.

Taking a page from 16th century English costume, Jonathan Anderson armored his girls in slashed tudor sleeves this season with quilted-corset outerwear overtop and burlap-inspired numbers beside left and right. But while the Tudor spirit was expressed overtly, the collection was not without its reigning sense of Anderson modernity; gradient accents paired with asymmetrical gathered skirts and long knit dresses as if to wink at some sort of new time period found.

Forming life somewhere between 40s Britain and today—a time of mall culture, periodical nostalgia, and the search of new—Christopher Kane offers a multitude of fashion extremities for Spring/Summer 2017. Colored by doodles that enlarge to become daisies and then shrink to form cheetah prints on tulle skirts and cutout dresses, the collection’s mixed bag recalls the tangled headspace of reflection over time. Timed with the designer’s 10th anniversary of showing at LFW, it’s a emotional presentation, crocs and all.

Though plenty revealing—with its plunging, off-the-shoulder gowns and open-front, bow-tied blazers—the sense of secrecy was impossible to ignore in Erdem Moralioglu‘s seasonal collection. Perhaps manifested from the designer’s influence—the shipwrecked wardrobe of Jean Ker, Countess of Roxburghe and spy for the Spanish government—the delicate array of English woven silks and mysterious florals with thick shoulder straps signaled toward something not yet known.

Metallics joined baroque-inspired prints, raw-edged denim, and psychedelic insignia for an all-over Spring/Summer 2017 collection by Marques ‘ Almeida. Like the buzzworthy girls from which the two designers draw their Instagram-centric insight, the attitude is hard to place: it’s hard and soft, ostentatious yet unfinished, and 90s but, in a way, now. Eccentric in more ways to name, maybe the line succeeds in just that—adolescence overwhelmed.

How does a house like Mulberry evolve in the space of the runway? It’s an ongoing question that Johnny Coca has asked since introducing the accessories-known brand back to the live fashion schedule last season. Monochromatic deep purple and blue looks for Spring/Summer 2017 hint at a new, slouchier direction with their silk, pajama-inspired tops, ruffled shirts, and loose jumpsuits. Pinstripes decorate various styles in matching and unaligned forms. It’s not a complete reinvention—the bags remain the show stealer—but a reshuffling that alludes to more.

Ruffles found every color of the rainbow in Molly Goddard‘s roundup of the bizarre and the beautiful. But where the softness of the young designer’s aesthetic gave way to a feeling of intimacy in the past, this season its bold ideation—felt physically in the highlighter neons but also intangibly in its spirit—offered something more present, something—somehow—more real.

Turning on the time machine for Spring/Summer 2017, Topshop offered a cocktail of 80s goods—fuchsia, zebra prints, sequins and all—with a decidedly-updated silhouette. Vintage styles were sized to scale to reveal looks atop the runway  that ranged from totally glam to tomboy. 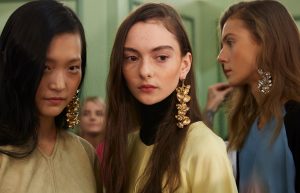 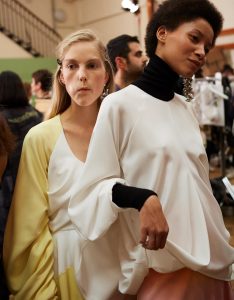 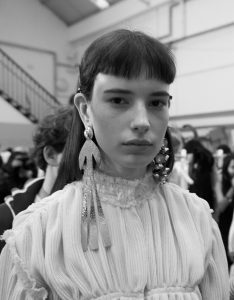 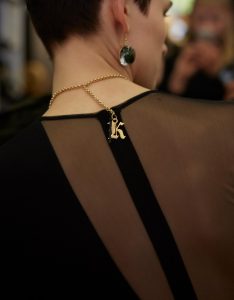 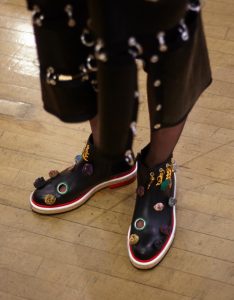 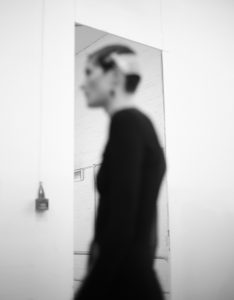 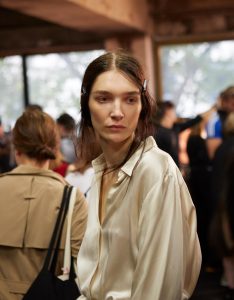 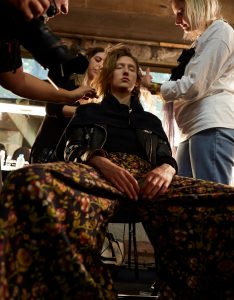 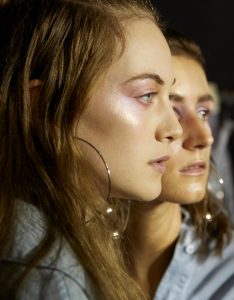 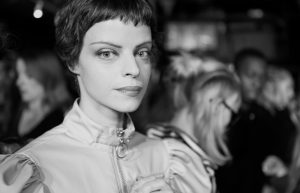 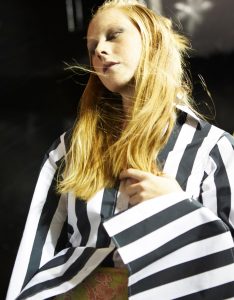 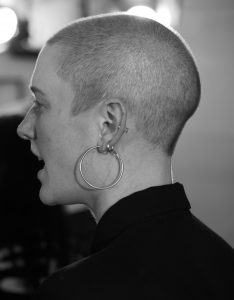 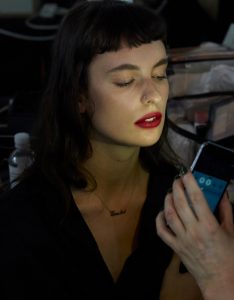 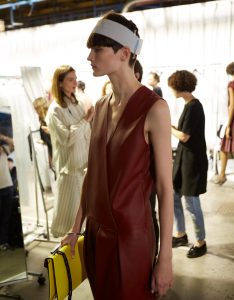 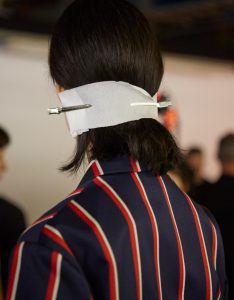 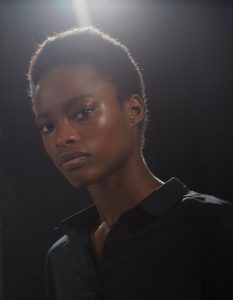 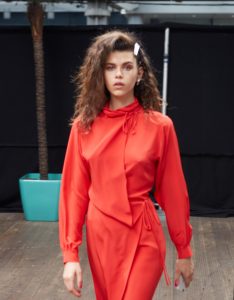