“The last few seasons were about me, my travels, and experiences as an evolving designer,” says Hood By Air founder Shayne Oliver. “This season I sort of separated myself from the process and made a collection that felt more like exhibitionism.” Considering that its corresponding runway show was sponsored by adult web portal PornHub, exhibitionism is an appropriate thought to describe the Spring/Summer 2017 assortment. T-shirts, screen printed with the website’s logo, as well as with the words “hustler,” “realness,” and “may not be suitable for children,” were aplenty, and served as a not-so-subtle reminder that the New York label is not afraid of the subversive. “The texts centered around the theme of display and bringing back movie-like graphics,” says Oliver. “We’ve always played with movie references in regards to the perspective of fame and popularity. Typography has a lot to do with the HBA history, and we drew references from movies such as ‘American Psycho’ and ‘The Exorcist.’” To match, the designer sent cowboy boots down the runway with double-edged toes: one for the front, one for the back. Terrifying? Yes, but undeniably fabulous. Corporate wear too had a starring role, sans any misogynistic codes of dress, of course. Instead, a new office uniform was debuted: the white-collar halter—business in the front, party in the back, on the neck, the shoulders, and around the waist. The mullet never stood a chance.

As for the models themselves, Olivier stayed loyaled to his clan of downtowners that have been inspiring HBA’s designs since it debuted in 2006. Of course, there were plenty of new and (a few) notable faces on the runway this season as well, including photographer and Document contributor Wolfgang Tillmans, who proudly wore black briefs, an open coat, and knee-high rubber boots. The mastermind behind the coolest catwalk cameo of the season: 21-year-old Walter Pearce, who has been casting for the brand for the last five years. This time around, Pearce focused his energy on bridging the gap between brand and consumer identity, a smart move considering the label is primarily known for maximizing shock value. “We’ve spent a lot of this season trying to decide who the HBA girl is and I think we’ve finally found her,” he says. As for the event itself Pearce adds, “I’ve never seen the models have so much fun and be so happy to be at the show before.” 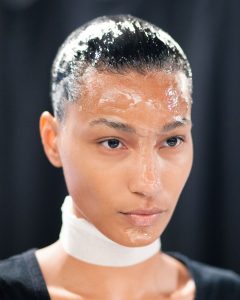 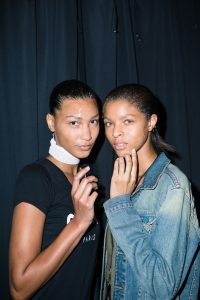 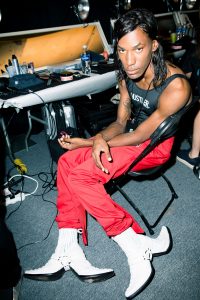 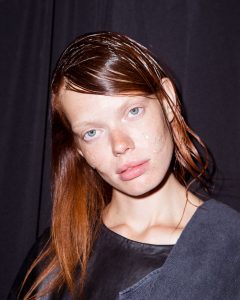