Documenting various states of the body, “Beyond the Clouds” is the accomplishment of conceptual photography dyad Hart+Lëshkin, published by Total Visual Shop. Available in a limited quantity of 500 copies, the new photo book is a bid to reconnoiter the ambition, craving, and vulnerability one develops while staring his or her own mortality in the face; a monograph on age and deterioration despite well attempts of preserving the most intimate parts.

Hart+Lëshkin record both sexes in a reticent fashion, revealing the ephemerality of human form, specifically that of a pre-adolescent girl, a teenager at the cusp of young adulthood, a transitioning transgender person, and two elders for a universal appeal, all whom occupy whitewashed spaces in France, Japan, Russia, the United States, and the United Kingdom. Through it all the message is clear: transcendence; the will to transgress socially-constructed boundaries is the common theme that creates a unique community among a diverse group of people. Offering a background of collaborative design experience with the likes of Sofia Coppola, Vincent Gallo, and Elizabeth Peyton, artistic director and graphic artist Hideki Nakajima too lent his sensitivity for aesthetics of the release’s design.

Since 2013, the visual team has located creative passions at the intersections of art, fashion, and trade, resulting in their own branded nexus. This evening, October 20, 2016, the duo celebrates the launch of “Beyond the Clouds” at Mast Books on 66 Avenue A in New York, New York. 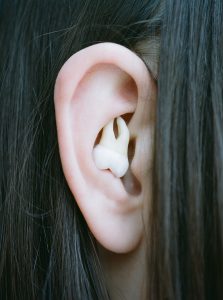