To unveil the newest editions in its ever-expanding silk universe, Hermès partners with fashion photographer and Document contributor Craig McDean on “La Fabrique de la Soie,” a new film that takes us on a fantastical tour inside the house’s silk workshops, fabric archives, and dye centers. It begins with a series of rapidly ascending and descending musical scales—a sonic voyage propelling us into the world of fine threads and exquisite colors, where a woman in rhapsody dashes about, entranced by the alluring secrets of the legendary house. Spotlighted in the new film—which is previewed in stills in the gallery above—are two entirely new patterns: The first, Zenobie, Reine de Palmyre, depicts the treasured jewels left behind by the ancient queen of Palmyra; and the second, Carre en Boucles, invites the eye to wander about a mesmerizing array of belt buckles inspired by designs from the house’s archive. Also featured in the video is an updated version of the iconic Brides de Gala (originally created in 1957). 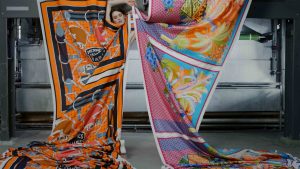 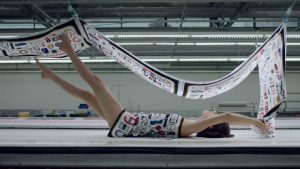 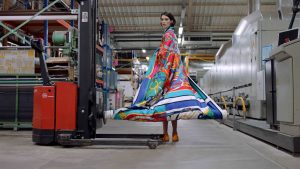 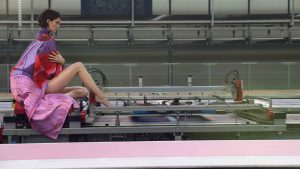 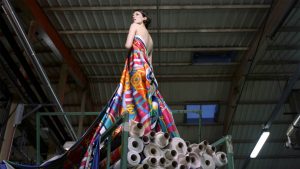