Inspired by the work of Constance Spry—the Great British florist who, after opening Flower Decoration in 1929, pioneered the art of bouquet arrangement—Jonathan Anderson debuts a new flower concept in Loewe‘s just-opened Madrid maison.

The largest store from the brand in the world—and its first in Spain under the creative director’s vision—the new space stretches 10,000-square-feet in three floors that carry Loewe’s entire offering, from men’s and women’s to accessories and made-to-measure and sits in the capital’s Salamanca district. The luxury product is joined by artwork curated by the designer, including works from the likes of Edmund de Waal, OBE, the late Richard Smith, Gloria Garcia Lorca, and Sir Howard Hodgkin, whose hand painted, aquatint print spans across one of the walls of the landmark 19th-century building. 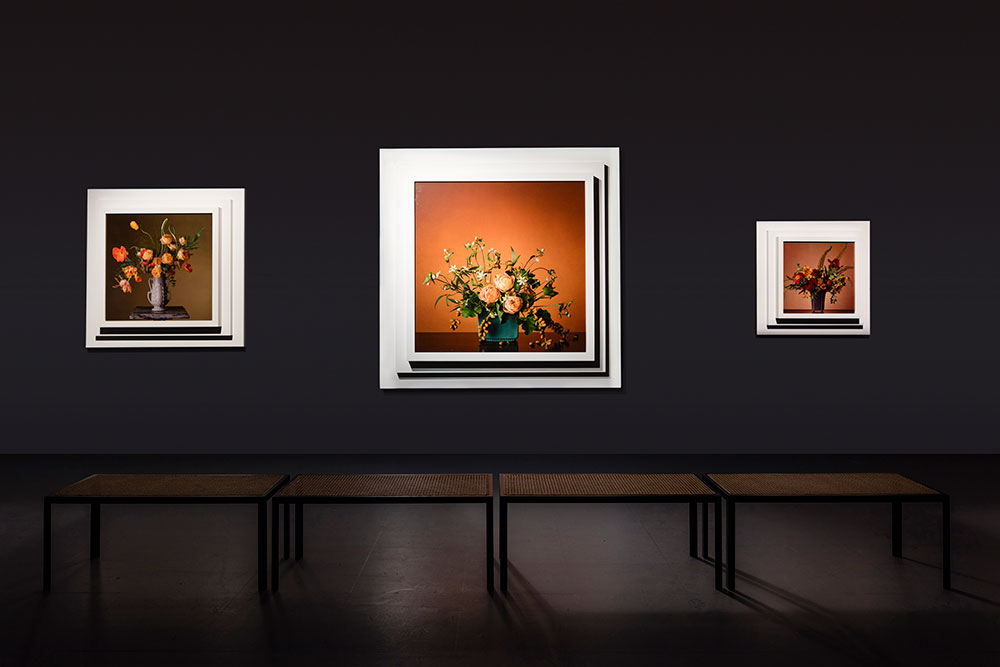 For Casa Loewe’s opening, Steven Meisel photographed 13 flower arrangements inspired by Loewe and the life and work of Constance Spry.

Paired with the floral surprise, Casa Loewe was inducted last week by a series of cultural events, including a retrospective exhibition of the brand’s history from the past 170 years, “Past, Present, Future,” and a new set of floral photographs by Steven Meisel, both on view at the Villanueva Pavilion, a former greenhouse at city’s Real Jardín Botánico de Madrid botanical garden. 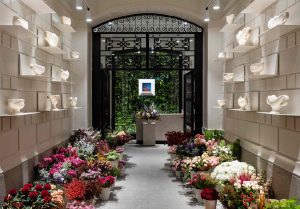 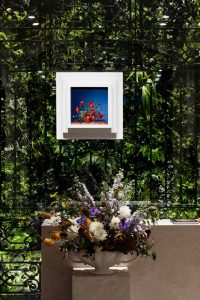 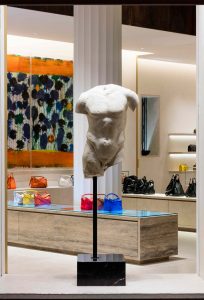 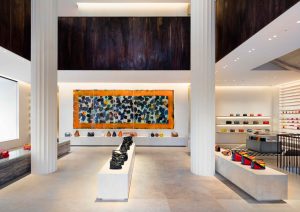 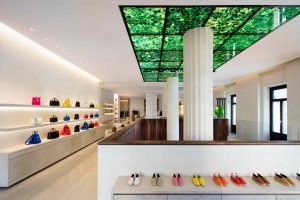