The fashion house of Dior launched its Lady Dior piece in 1995 as an homage to its eponym Christian Dior, the French couturier who historically challenged the uniformity of his time with a dream a romance. (The designer is often quoted as explaining his aesthetic, rather than the every day girl, he designed “Flower Women.”) The handbag featured a woven cannage design borrowed from Napoleon III chairs that Mr. Dior himself loved so dearly and sat underneath guests during his fashion shows along with metallic charms that spelt out the name of the house. Over a decade later, Dior welcomes a new wave of artistic challenge today, offering seven new minds—Jason Martin, Ian Davenport, Matthew Porter, Daniel Gordon, Chris Martin, Marc Quinn, and Document contributor Mat Collishaw—carte blanche in re-imagining it’s classic bag for a special project titled Lady Art. An experiment in both concept and material, the limited series ranges from photographer Porter’s printed glazed calfskin iteration, which features a levitating car behind a California sunset, to Martin, a British painter whose brilliant, sculpture-esque textures pair with matte and shinny sequins to reflect line from any angle. Perhaps the most nontraditional Lady Dior of the new lot, collage artist Gordon used black and white mink to graphically scribble a world of his own. In addition to the newly-thought handbags and small leather goods, each artist brought their unique marks to accompanying objects, including Collishaw’s velvet-wrapped charms and Martin’s frog patch.

Dior’s Lady Art debuted at the fashion house’s Miami boutique this past week and will move to global boutiques thereafter. 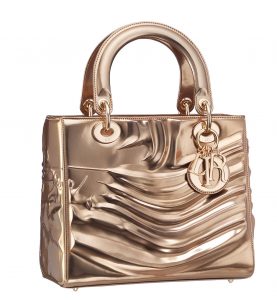 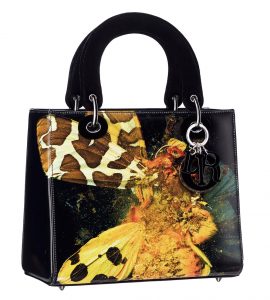 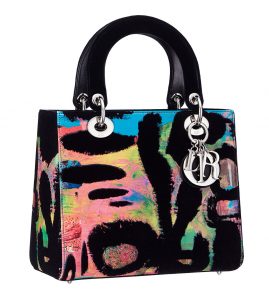 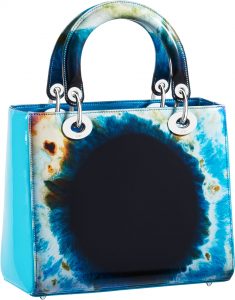 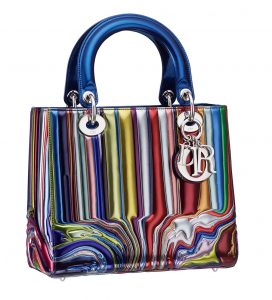 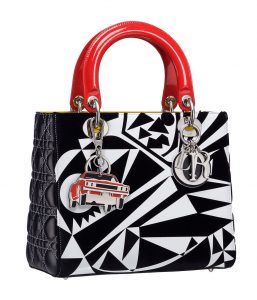