This past week, the Fondation d’enterprise Hermès and Aperture Foundation celebrated a new partnership in support of emerging photographers with the opening of “Eden,” an exhibition by Sylvain Couzinet-Jacques at the non-profit’s gallery in New York.

As the inaugural laureate of the program, the French photographer was invited to spend a year traveling the United States to create a new body of work. In an effort to ground the practice, Couzinet-Jacques purchased an old schoolhouse in the town of Eden, North Carolina, where he invited a group of sculptors, writers, and videographers to join him in exploring the ideas of community, materiality, and preservation.

Built in 1884, the Little Red Schoolhouse was once the oldest operating public school in the city, and was scheduled for demolition before the artist made it the subject of his exhibition. In “Eden,” a multitude of artistic interventions are presented to the viewer centering upon Couzinet-Jacques’ laborious effort to preserve (photographically) and rebuild (physically) the schoolhouse it its entirety. The first phase of this process can be seen in the exhibition’s monograph, which contains photographs and document scans of every inch of the house in its original state. Everything from chipped wooden beams to cigarette-burned linoleum floors is printed to scale to create a DNA-like code that, if cut from the pages of the book, can be reassembled as a second skin over the house.

Restoration of the house will commence at the close of the exhibition. As of right now, elements of the building have been reconstructed inside the gallery space to give viewers an intimate and immersive experience akin to that of the artist. 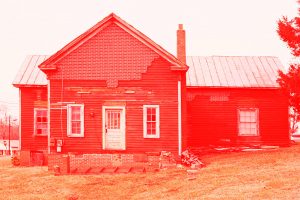 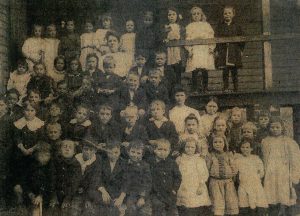 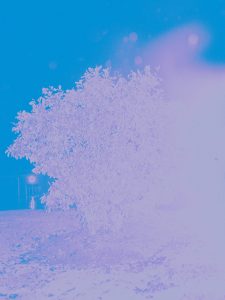 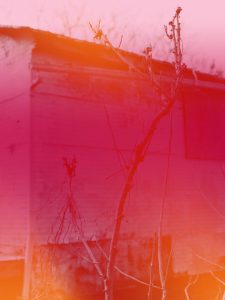 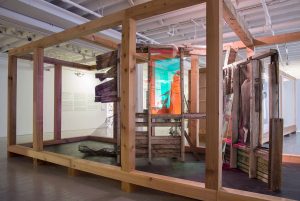