A time of unconvention, Document reflects on important moments from Paris Fashion Week.

Since Maria Grazia Chiuri’s induction (her’s, the first female appointment to direct Dior‘s fashion), much has been discussed about the gaze of femininity in modern times. Her debut collection last season offered a purist take in snow-white ensembles with the soft fantasy of hope. That idealism formed the basis for Chiuri’s urgent collection this Fall of warrior women with little room for translation. Joined by leather berets courtesy of Stephen Jones, uniformity—rather than blurring the lies—led the path forward.

Can a collection have too much? That was the idea Jonathan Anderson seemed to challenge himself in conceiving Loewe‘s seasonal collection, leaping from beautiful lightnesses to unpaved fashion extremes in simply a look’s notice. Forewarned by an invite that read “You Can’t Take It With You,” the runway could not be safely studied in sections. It was, instead, everything at once: Spruce-y day-dresses appeared at random in between lavish furs and puff-sleeved gowns to form a story non-followable but nevertheless delightful.

Anthony Vaccarello contends that sex still sells. ​The designer’s version of ​it​—having​ been incubated in his now-defunct solo line—just keeps changing. Leaving the ’80s to last season, Vaccarello​, instead, focused on Saint Laurent‘s sultry nightlife fantasy ​for the house’s Autumn/Winter 2017 collection. Glitter abound, this entailed short-lengthed leather ensembles with the fluidity of ​no specific ​person, place, ​or time. One particular boxy slip—diamond-encrusted in each side of ​its open chest—imagined what Monsieur Saint Laurent might have made had his clientele been stars of the social media screen.

A wearable surreality ran through Simon Porte Jacquemus’s Fall line. Despite the contrariness of the idea of the couture, it was true: Picasso-esque silhouettes—exaggerated and yet, somehow, controlled, starred in a collection titled L’Amour D’un Gitan (the Love of a Gypsy). Ripe with other-era influences, particularly that of the ’40s, the pieces, though cinematic, didn’t seem costume-y. They were but charming and, like the designer himself, unapologetically French.

Designer Nadège Vanhee-Cybulski found an unlikely accomplice in color this season for a supersaturated collecttion alert with life. Inspired in part by the leather aprons that the Hermès craftsmen wear to work, the attire—a beautiful mix of heavy layers, luxe turtlenecks, and leather jackets—danced in vibrant salmons, forest greens, and raspberries. Retro from nearly every angle (surely the gold pendents only supplemented) a floaty feeling was hard to ignore.

For Dries Van Noten‘s 100th runway show, the designer celebrated emotional nostalgia beside colorful glamour. Presented by an all-star cast of 54 models who have walked for him since 1993, the collection became a retrospective of sorts, featuring the best of the best Van Noten textiles from the past. Beside these—which included everything from Fall 2013’s kimono print to Fall 2001’s mod triangles—faux fur covered confident dresses fulfilled by psychedelic decor and memories.

Y/Project‘s Glenn Martens attempts to reckon with lost history in his clothing of today. This search led him to an Autumn/Winter collection that linked old monarchs (namely that of Henry VIII and Marie Antoinette) with the style of pop royalty. Fusing centuries apart, the lush offering—exposing as equally as it was athletic—was a romantic blur. 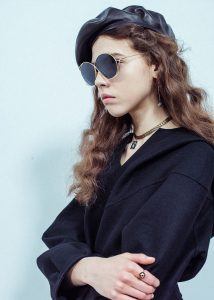 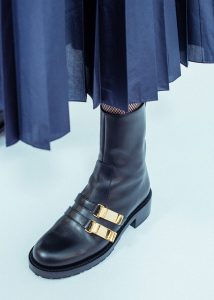 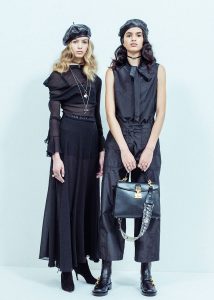 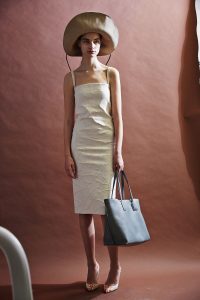 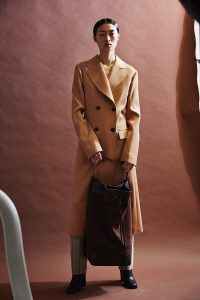 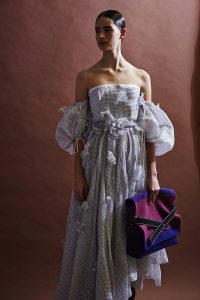 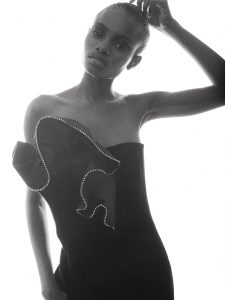 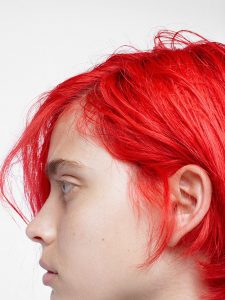 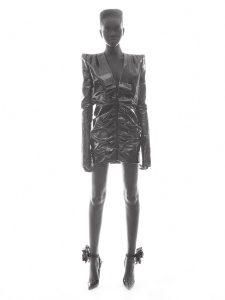 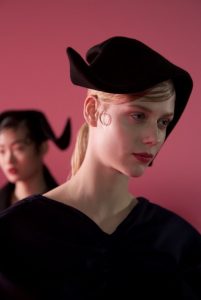 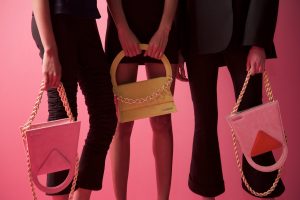 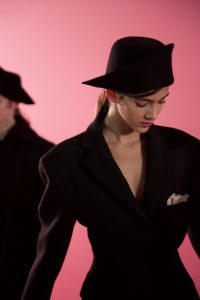 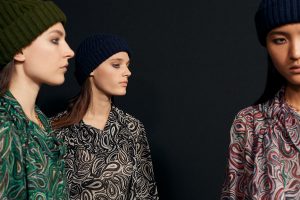 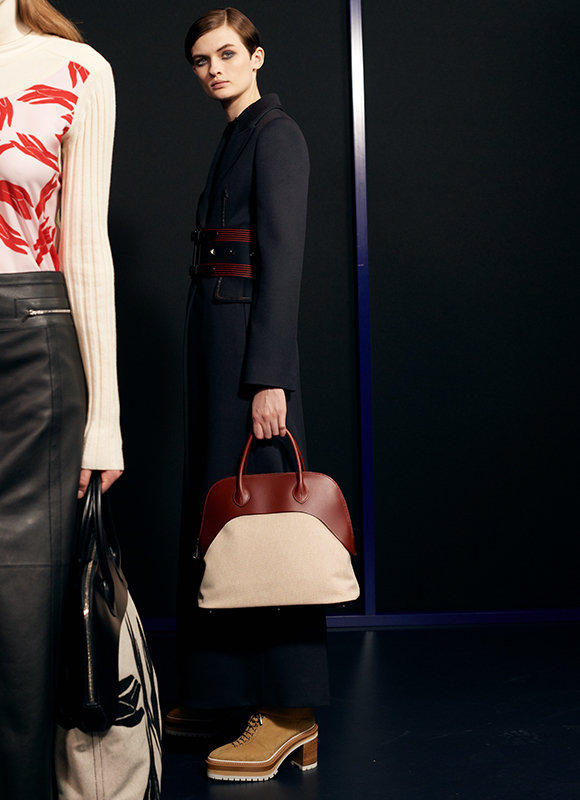 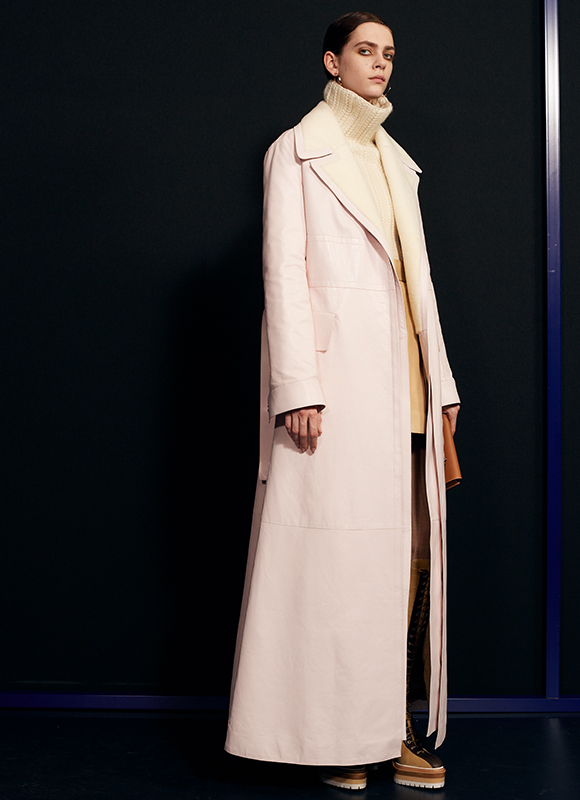 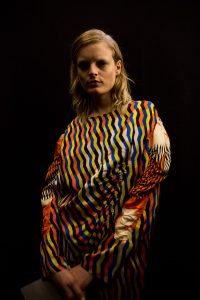 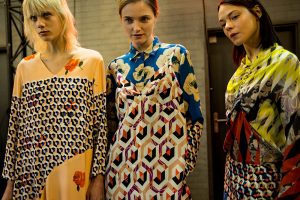 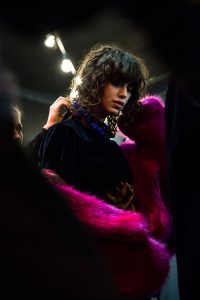 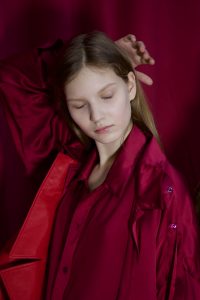 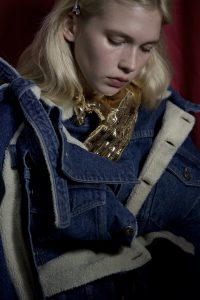 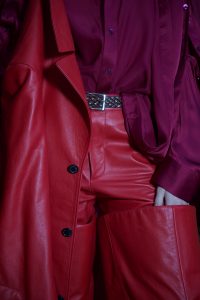