Coming off of the prestigious British Fashion Council’s (BFC), International Fashion Showcase award, designer Younchan Chung’s debut collection, The-sirius, is already living up to the definition of the brand’s name: “the brightest star on the sky at night”. Chung titled the collection The Universe,  referencing outer space through futuristic oversized earrings and other galactic-like accessories. Soaked in an ivory-beige color palette, the clothing was both of the moment and ahead of its time. As a recipient of the BFC award, The-sirius will receive an opportunity to show on a more global scale during Milan Fashion Week this September, debuting it’s first forte into women’s.

Cres E. Dim. got the whole idea of the tastefully disheveled cool kids’ uniform right. From oversized re-worked hooded sweatshirts, to the edgy customized denim, that cleverly made use of what seemed to be multi-layered contrasting denim hues that were then cut, screwed, ripped, and frayed. Just don’t let the on-trend direction be the only thing noteworthy to take away from the show; there was a deeper message at its core. Korea’s political instability is on everybody’s mind, especially after the recent impeachment of now former president Park Geun-hye. The collection sought to highlight the mood of the country’s current cultural climate by imbuing it with rebellion, uneasiness, and strength. “We believe that fashion has the responsibility to express not only trend or aesthetics, but also speak to serious issues,” says designer Hongbum Kim.

Designer Han Hyunmin looked to the comedy and drama musical Sing Street for Münn’s latest collection offering. Set in the 80s, this coming-of-age story follows a boy who starts a band to impress a girl. Münn’s Fall/Winter 2017 set was quite somber; and a bit emo, with a dark color palette. Relaxed silhouettes dominated, from loose fitting trousers to oversized preppy knit sweaters, and shapely overcoats. Hints of romanticism showed through ruffled shirting; soft, sheer oversized button downs, and silk neck ties. The collection’s tailoring was a highlight, while classic menswear fabric staples such as tweed, houndstooth, and heavy cable knit were updated with new refreshing twists.

Blindness, a brand founded by design duo KyuYoung Shin & JiSun Park in 2013, continued to break down gender ideas in its Fall/Winter 2017 glam rock-inspired offering. Arguably the most forward-thinking brand to show at Seoul Fashion Week, Blindness displayed the perfect balance of rebellion mixed in with the right amount of design and technical skill. It went beyond its gender/queer message, making clothing that’s desirable. The 80s rock scene was in full effect here with the use of delicate pearl accents, deep velvets, patent and ruffled textures ironically presented predominantly on a cast of confident men, who wore the clothing as comfortably as they would as if they were in jeans and t-shirts. 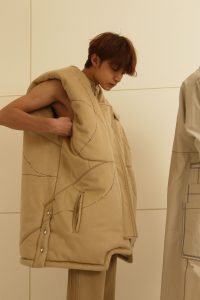 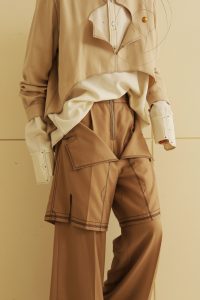 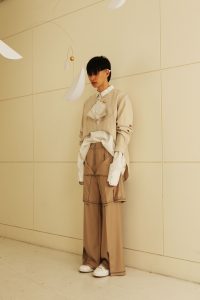 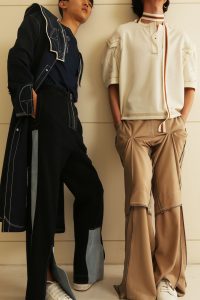 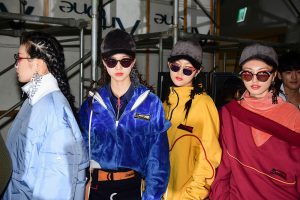 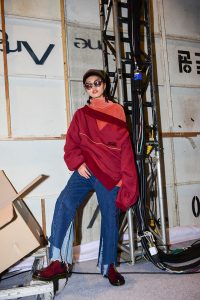 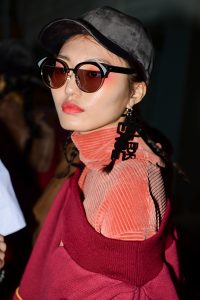 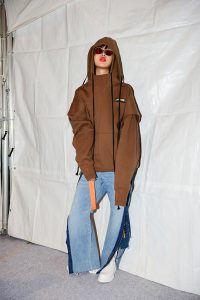 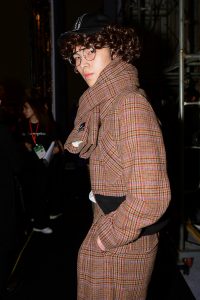 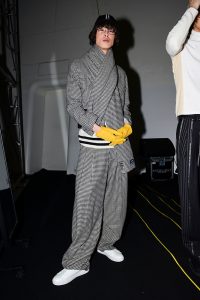 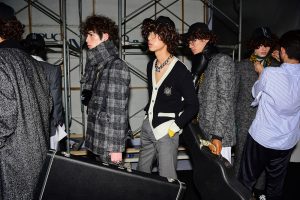 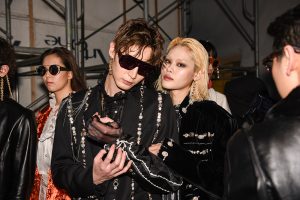 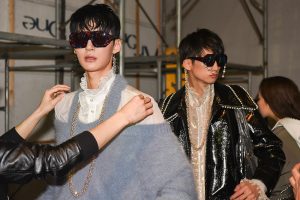 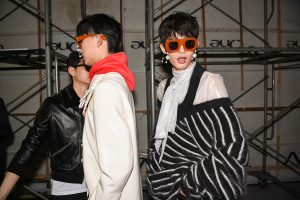