Travel writer Tahir Shah and photographer Vincent van de Wijngaard acknowledge the transformative power of travel with a tribute to the complicated interiority of the traveler himself for Document's S/S 2017 issue.

I like to think of a traveling life as a mosaic pattern, the kind that adorns the fountains in the rambling Moroccan labyrinth, that has been my home through the last dozen years and more.

Observed from a distance, it is a study in gentle and serene elegance.

Different colors, interwoven shapes, and varying motifs, conjuring an expression of beauty that tantalizes one’s sight, as the sound of trickling water soothes the soul.

But draw in closer, and the effect changes.

As one nears, inch by inch, a secret world is revealed.

A world formed from detail.

The tiniest fragments of mosaic, shaped with absolute skill, form patterns and sub-patterns, like the strokes made by an artist’s brush.

I am as enchanted by the mastery of the mosaic makers. I love to observe how each individual fragment has been cleaved into the perfect outline—so that it lies snug with the others around it.

In the way that I perceive the world, the mosaics themselves are the journeys I have made. They are the countries my feet have traversed. The experiences have in their own ways fashioned to me in a deep down way.

But, stare at the mosaic fountain long enough, and you begin to distinguish another layer…a dimension that was previously concealed.

Most artists cling to what is obvious, drawing delight in the onion’s outer-most layers. While doing so, they fail to understand that there is not one, two, or even three layers—but many hundreds—lying beneath the surface, waiting to be discovered.

Although enchanted by the mosaics themselves, I have come to appreciate that they are neither things of great beauty, nor of real significance. They are the delicious flesh of the peach, but not the stone.

Look beyond the mosaics, focus on the slender lines that hold them in place, and you observe the thing of true value.

And so it is with travel.

To almost anyone who set eyes on a mosaic fountain, the grouting is invisible.

As with travel, we mesmerize those around us with tales of grand experience, adventure, and even bravery. We recount exploits tinged with intrigue, our stories framed in superlatives.

Yet, as we do so, we fail to pass on the kind of details that make the path of a lone traveller into an experience that shapes one from the inside out.

For me, it’s the onion’s deepest layers that hold the greatest riches.

Layers that are rarely the easiest to uncover or understand.

But, teasel them out, decipher them, and a world comes into sharp focus that is more fantastical than anything untrammelled vision could ever discern.

Through my own journeys, detail has been both my currency, and the matrix of discovery. The way I have sought to take inspiration from the lands that have passed beneath my feet.

As I sit here, pondering the subject, a memory is nudging me:

A long while ago I was studying magic in Calcutta. It was the kind of thing that so-called “godmen” pass off as real magic, a realm pioneered by Harry Houdini a century ago. My magician master, a sadist called Hakim Feroze, insisted that I search for detail. Without it, he said, I could never hope to understand the rich textures of his illusionary world.

One afternoon, I came to be sitting at a Calcutta café. It wasn’t much more than a cluster of tables and benches in the sidewalk’s shade. I’d been sitting there for hours, having decided not to leave until I glimpsed something that wasn’t obvious.

Anyone who’s been to India will know that there’s never any shortage of fodder to amaze and entertain. But, what I was looking for wasn’t the wild rumpus of life so overwhelming to the newly arrived.

I was searching for a whole other level.

So for the thousandth time I glanced out at the street, and found myself looking at an old woman and a cow. It’s something you see across the subcontinent and isn’t very unusual at all.

People paid a rupee or so to the woman, who sold them a handful of succulent green grass, which they fed to the cow.

And, as I stared, I took notice of the details:

The bright orange color of the woman’s sari.

The mottled pattern of the cow’s hide.

And, the way the grass had been heaped up.

The more I looked at it, the more I began to think it was ordinary. I’d been looking at it so long that I wasn’t doing more than scratching the surface.

But, suddenly, it was as though something shifted inside me – as if a gear lever had been moved.

At that moment, I worked out what was really going on:

The woman didn’t own the cow—the milkman did. But, after milking the animal in the early morning, he wanted to go around selling the milk. So, he rented the cow to the old woman. Each morning she’d pluck some grass in a field, and would lead the creature to the city.

As I had seen, people would pay her a rupee or two, for some grass, and feed it to the cow.

By deciphering the system, I witnessed a genius—a genius that served everyone:

The milkman was happy because he was paid for having his cow looked after and fed all day.

The woman was happy because she had a livelihood.

The passers-by were happy because they received divine blessings for feeding a sacred animal.

But, best of all, the cow was thrilled because she was getting fed and loved by everyone all day long.

As with the memory of that street scene in Calcutta, or the pattern of the mosaic fountain, I like to delve down deep.

To search for the story behind the story, and question what the senses feed us.

After all, the most intoxicating value of life is surely to discover that which has been earned—by challenging what we hold to be true. 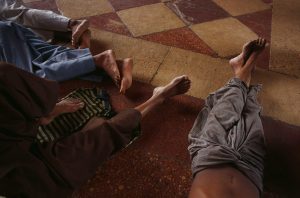 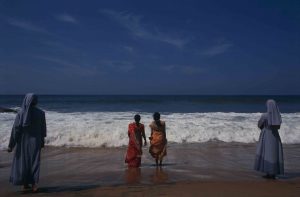 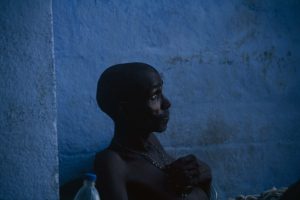 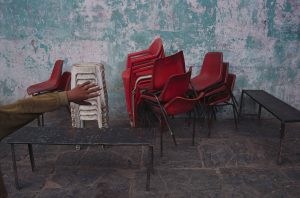 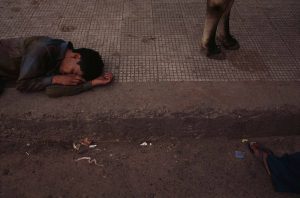 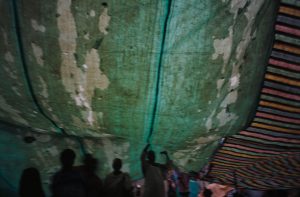 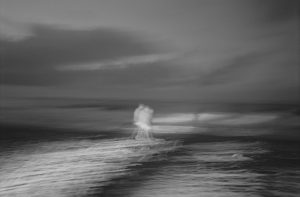 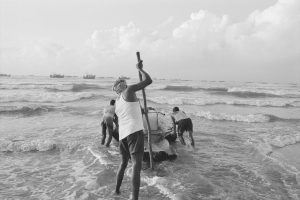 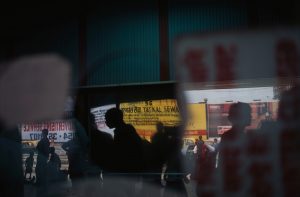 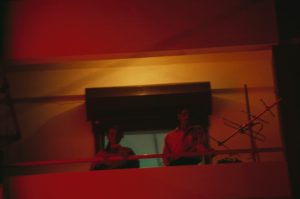 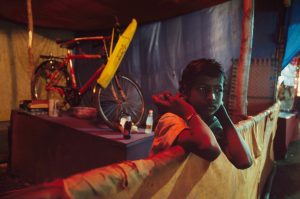 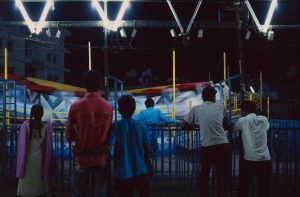