In the last eight years, Tokyo-based Yoon Ahn has quietly redefined what it means to be a designer in Japan’s male-dominated fashion scene. Developing her once-jewelry focused brand into a line of fully-fledged unisex clothing, Ambush, she continues to this day to challenge her own boundaries through self-taught practice. In advance of the announcement of the 2017 LVMH Prize, Document speaks with the designer, one of this year’s eight finalists that are changing the way we of think and view fashion.

Document—How did your upbringing inspire your creativity?

Yoon Ahn—I grew up in a Seattle suburb in the northwest U.S. It was a gloomy place with lots of rain and trees, so I often retreated to public libraries and buried my head in books to escape mentally—that’s where I was introduced to fashion magazines. It dawned on me that there was a world far away from me, where people were creating beautiful images and things. Because of my dad’s work, I ended up moving around a lot as a kid. I used to hate it so much. When you are trying to figure out where you belong and what defines you, it was not the most ideal situation. But, because I was introduced to so many different cultures and people, it made me such an open person. I welcome change now.

Document—What was the transition like from jewelry to apparel?

I often retreated to public libraries and buried my head in books to escape mentally…It dawned on me that there was a world far away from me, where people were creating beautiful images and things.

Yoon—[Apparel] still needs a lot of organization and takes a lot work, because it’s a totally different process than making a piece of jewelry. We are still taking baby steps to get better, but it’s fun to create whole, complete looks, where both can coexist in a complementary way.

Document—Considering this evolution, what does the LVMH Prize today mean to you?

Yoon—It feels like a stamp of approval in the school of fashion. We started as a jewelry brand, then organically grew into apparel from certain needs and demands. In the big picture, it’s a similar model to Louis Vuitton: a luggage brand that made apparel to give a story to their bags. It would be amazing to learn from their expertise—to help us take it to the next level and think more globally. 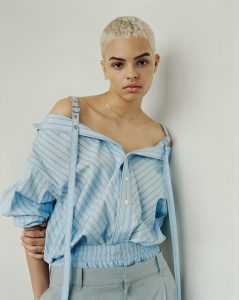 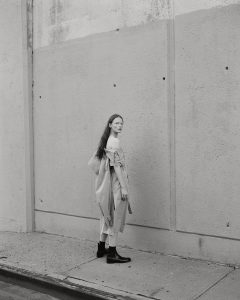