Enamored by the sea and the surf, Antonin Tron—who worked through three different creative directors at Balenciaga—injects the fluid, ever-evolving spirit of the oceans into Atlein. Constructing his collections almost singularly out of jersey, the designer weaves together a soft ease with form-hugging contours, and has developed his own perspective of the human form. In advance of the announcement of the 2017 LVMH Prize, Document speaks with Tron, one of this year’s eight finalists that are changing the way we think of and view fashion.

Document—What do you look to for inspiration?

Antonin Tron—I admire integrity and creativity—people with strong opinions. Cinema has always been a central interest; discovering Chris Marker, [Andrei] Tarkovsky, and [Ingmar] Bergman in my early 20’s was a real shock, but I am also a sci-fi nerd. “Alien” stays my all time favorite. In terms of writers: [Rainer Maria] Rilke, [Marguerite] Duras, [Jun’ichirō] Tanizaki, and [Jean] Genet. Paintings at large have played a crucial role in my relationship to art. My mother used to restore paintings in churches, and I remember visiting her on work sites while very young. Fashion came later on. Discovering Japanese and Belgian designers was the gateway for me—Azzedine Alaïa really influenced me in many aspects.

I have always enjoyed and admired people who chose a radical way of life.

Document—Your point of view is unforgivably youth-driven. Where does that come from?

Antonin—Music drove me to explore different subcultures in my [own] youth, mainly the goth and techno scenes. Paris is not a cool city like London, however there is a strong underground world if you know where to look: nights spent in the illegal part of the catacombs; coming out in the early morning via a sewer exit in the middle of the 6th Arrondissement; crazy raves in a Chinese temple like an abandoned restaurant in the suburbs; an amazing techno scene. I have always enjoyed and admired people who chose a radical way of life.

Document—What do you hope to take away from the competition?

Antonin—A prize like this means so much for a business at our stage. Eternal cash flow is a real problem when you run an independent and self-financed business. Exposure in a saturated market is crucially needed, but so is mentoring. The opportunity to present my brand in front of all these major actors of the industry and get their feedback is so valuable. I am so grateful to be asked to participate. 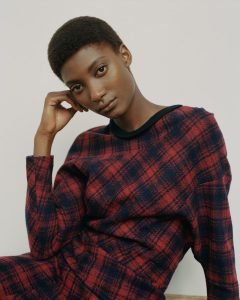 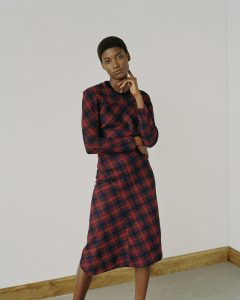