Julia Cumming—Let’s start with how the two of you met.

Shawn Lakin—We met working at Saint Laurent, we were both casting for Hedi Slimane. We just started shooting and styling our mutual friends from school.

Julia—How did you guys know that you wanted to work together?

Ryan James Caruthers—We’re opposites in a lot of ways. I’m super focused on beauty and beautiful imagery and Shawn is more radical. That combination was attractive to us.

Shawn—Everything in the magazine was a mutual decision; we both had stylists and photographers we admired and wanted to include in the inaugural issue. It was just a matter of pairing people together based on their cities and who we thought would make something completely unique. We wanted to showcase people trailblazing in their respective fields for our features. We have architects, artists, photographers. We were fortunate enough to feature the late George Pitts, who was the former photo director of “Life Magazine” and the founding photo director of “Vibe.” He was also a dear friend and mentor for Ryan, so we were super lucky to include him in conversation with Torbjørn Rødland about photography. It was a good combination of both of our idols and contemporaries. 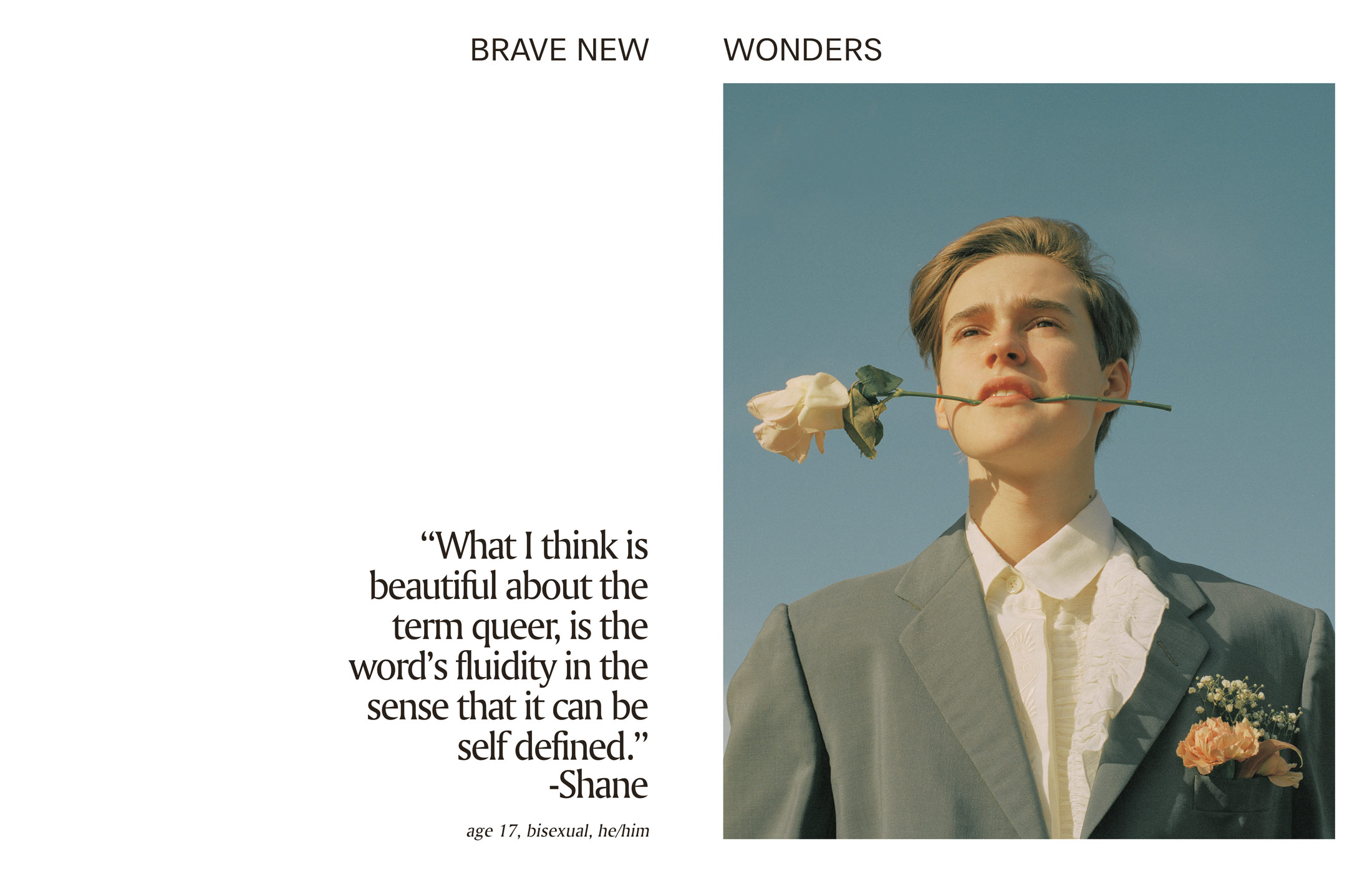 Julia—What do you feel “Close” is bringing to the world of independent publication? Not to say that everything needs to fill a hole, but I would be curious to hear more about why you wanted to make it.

Ryan—The idea of an object was really important to us. Right now there’s this oversaturation of Instagram accounts and digital platforms, and we really just wanted to create something that people could cherish and hold in their hands. It’s such an important effort and we’re appreciative of every print magazine that came before us and the ones that are going to come after us.

Julia—Totally. So the physical aspect is important to you guys.

Shawn—Yeah. We’re both artists and we love objects and tangible things. We wanted to create something that we could hold in our hands and pass onto others. Like Ryan said, I think we do enough scrolling on our computers and on our phones.

Julia—That’ll be your next magazine: “Scroll.” It’ll be a big thumb moving along in the world.

Julia—I used to make zines just by photocopying stuff at Staples. I’d fill them with poems and all that stuff. The other day I found some and it’s just so nice to be able to have something in your hands, something that meant something to you then and still means something to you now.

Shawn—When we first started working on the issue, we would literally just sit in bookstores and on Ryan’s bedroom floor and go through hundreds of magazines, making note of anything that inspired us. It was a lot of current publications, but it was also old Linders and things like that. You can see the influence in our current issue with Kalen Hollomon and the collage work that he does. It’s past and present.

Julia—Let’s talk about the cover story. I know it’s really important and means a lot to you.

Do what you know. Do what’s deeply personal, because that’s the work that no one else has access to.

Ryan—It started when my youngest brother came out to me a few months back. He’s currently living in the same suburban town that I grew up in, and going to the same high school that I went to. When he told me I asked him if he had told anyone else, and he said that he had told his group of friends, who are all queer in some shape or form. Knowing that I was in that same place only five years ago without that support group really felt like such a cultural shift. Many people weren’t out when I was his age in my town. I told Shawn about this, and we both felt that it was so important. It’s such an incredible thing to see this close group of queer friends that are so young and so confident in who they are.

Julia—I graduated high school in 2014 and haven’t been around teenagers since, but I remember being in school and seeing throughout the progression of each year—almost because of the Tumblr generation or the Instagram generation—that kids were developing in a different way. You could really see it—this openness and a different, very intense creativity. It’s interesting that you guys are touching on that, especially in relation to queerness and boys in high school, because it is absolutely influenced by the internet and how we socialize now. Do you feel like the sociopolitical climate that we’re living in right now makes your work more urgent?

Shawn—Yeah. Even when we were thinking of this interview, it was like, “This is urgent, we have to do it now.” To have the person who’s supposed to be leading our country speak about the LGBTQ community as if they’re some sort of burden is heartbreaking—to everyone, but especially to the youth like those in our cover story, who are just now discovering their own genders and sexualities. The goal of the entire issue is really to use our platform to spread some sort of hope.

Julia—What was it like to shoot the kids? Were they shy? Were they excited?

Shawn—They were all friends! They were just excited to be a part of it.  We were dancing, throwing flowers, having them run up and down a field.

Ryan—It was sort of this fun, queer prom that we never had.

Julia—That’s incredible. I went to a performing arts school, so I can’t imagine what it’s like to be in that position and to not have people around you that can support you. The fact that your brother does is really amazing.

Julia—What does the name “Close” mean?

Ryan—It has a special meaning to us. The name not only references the close personal relationship between Shawn and myself, but also the goal for the issue and for future issues. We hope to use aspects of our lives that aren’t necessarily part of the public realm—to use things that are really personal and close to us—and bring them into the light.

Shawn—Before we even came up with the name, we thought about what our theme should be. We thought a lot about hope, just because we were so hopeful about the project. The name is a constant reassurance of this: To have hope is to believe that something is close or near. And, as Ryan said, it’s also a publication that was founded by two best friends and collaborative partners. You don’t get much closer than that.

Julia—That’s true. It’s the best working with your friends. It’s that hardest, but it’s also the most rewarding. What advice would you guys give to young photographers or stylists who maybe aren’t in metropolitan areas and want to start a publication of their own?

Shawn—Do what you know. Do what’s deeply personal, because that’s the work that no one else has access to.

Ryan—Surround yourself with the most endearing people you can find, people that will support you. 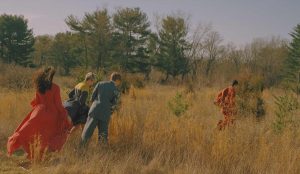 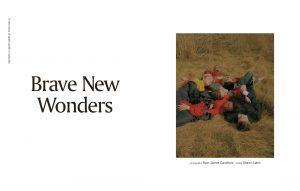 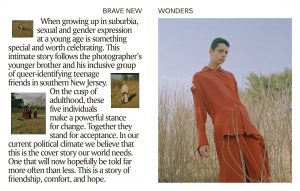 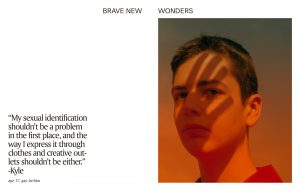 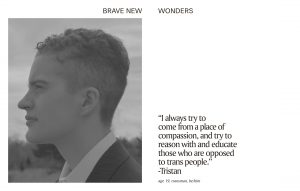 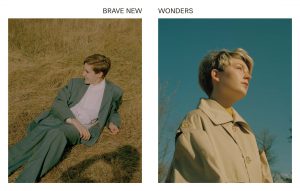 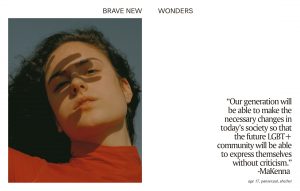 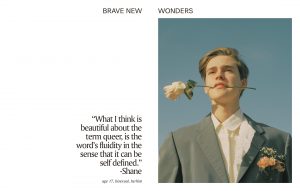 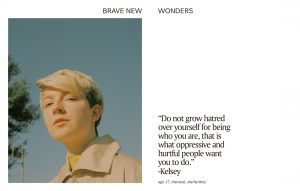