Editor-in-chief Nick Vogelson speaks on unification and the Fall/Winter issue.

When the world is in such uncertain times, the search for a sustainable way of living becomes more fervent. For the second issue celebrating our five-year anniversary, we continued to explore the world around us for clues on how to move forward, whether it’s politically, socially, or creatively.

With that goal in mind, we are excited to share the photographs by Laurence Ellis on his journey to different utopian communities around the world. These images provide evidence as to how people are choosing to construct their own societies through their own social values. More importantly, several of these communities are choosing to prioritize mental health over more traditional markers of success—an idea that feels acutely important with health care being such a hotly debated issue. We also explore the relationship between Virtual Reality and empathy with the writer Cody Delistraty, presenting a fresh perspective on technology’s ability to bring us closer together.

As we react to the season in fashion, Document was fortunate to sit down for intimate conversations with Dior’s creative director, Maria Grazia Chiuri, and her daughter, Rachele Regini, with the writer Anders Christian Madsen, in celebration of the iconic house’s 70th anniversary, and Azzedine Alaïa invited the journalist Alexander Fury into his atelier to reveal the honesty behind the enigmatic designer. I also had the personal pleasure of speaking with Nicolas Ghesquière days before his Spring/Summer 2018 show in Paris to discuss evolving notions of luxury and the next generation. Anyone with sustained notions that fashion is trivial won’t help but have a new understanding after viewing the empowering propositions for Fall/Winter 2017.

While this issue aims to explore individual curiosity, we also look at this issue as a celebration of collaboration. Nowhere is this perhaps more evident than in our seven limited-edition covers, featuring: the work of photographers Mert Alas and Marcus Piggott with fashion director Sarah Richardson, revealing Christian Dior’s archives alongside the creations of Chiuri, the first woman to helm the house; captivating images of Nicolas Ghesquière’s designs for Louis Vuitton captured by Grace Coddington and Zoe Ghertner taken amid the dunes of Long Island; Willy Vanderperre and our contributing fashion editor Olivier Rizzo exploring the heights of a dystopian landscape; Mario Sorrenti in Mallorca with the premiere creations of Lucie and Luke Meier for Jil Sander; contributing fashion editor Joe McKenna and Theo Sion examining the timelessness of Azzedine Alaïa; a trip to coastal Devon with Richard Bush; Harley Weir and Alice Goddard envisioning a new approach to beauty; and Nan Goldin, who created a limited-edition book in collaboration with Saint Laurent, mixing new photographs of Anthony Vaccarello’s creations for the special issue, and her new artworks, with unseen photographs from her personal archive.

If anything is clear, it’s that we must move forward together. I’m excited and honored by the conversations being had in the pages of this issue. And I’m even more invigorated by the prospect of continuing them for seasons to come. It’s through these exchanges that we learn to have compassion and empathy for all. 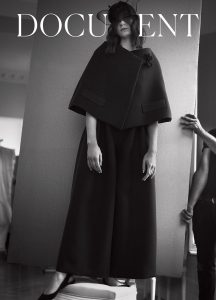 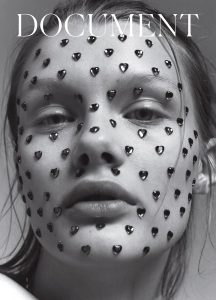 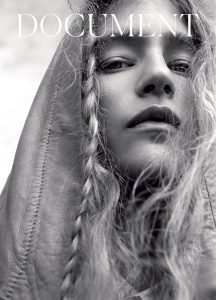 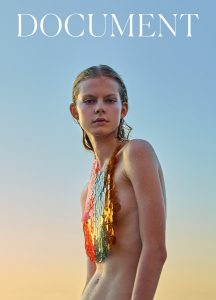 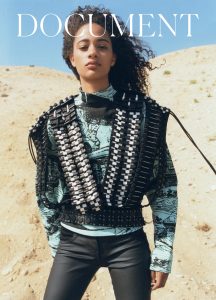 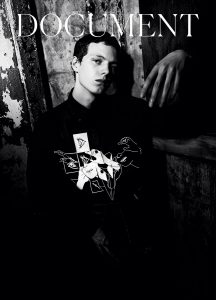