In what amounts to a case of digital “stop and frisk,” the NYPD is attempting to subpoena the entire digital history of a Staten Island high-school student. According to the New York Post, the 17-year-old was only informed by Google that authorities requested access to his “contacts, e-mails, history and other digital documentation” when they were given a redacted copy of the subpoena. The request also lacked any legal reasoning for obtaining what now amounts to a total picture of one’s personal history, or at the very least, a teenager’s complete personal history.

Lawyers representing the student told the Post that the NYPD’s actions are “very unusual” and “don’t appear to be legal”—words that sound quite familiar when used in reference to the department’s real life “stop and frisk” tactics.

Google, for its part, has been a willing participant in the creation of such all-encompassing digital profiles. It is, essentially, their business model. Yet, the company has successfully rebuked such requests by the government in the past and often ask for data requests to be limited to a particular service or app. The company’s Transparency Report Help Centre politely asks that requests for data be sent via Google directly and not through any “back door” direct access by governments.

The internet giant also states that they’ll only respond to clearly directed requests and won’t entertain any phishing expeditions: “Generally speaking, for us to produce any data, the request must be made in writing, signed by an authorized official of the requesting agency and issued under an appropriate law. If we believe a request is overly broad, we’ll seek to narrow it.”

The NYPD has given Google until Friday, Jan 12 to hand over the records.

View Slideshow
Tags
Above the FoldPolitics 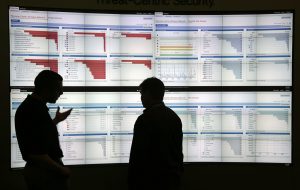