Irv Teibel’s ‘Environments’ created a whole new category of escapist listening in the ’60s and ’70s. Now reissued as an app by the Numero Group, can its original promise of aural sanctuary be updated for the present?

The problem that generated Irv Teibel’s Environments is a problem that continues to resonate a half-century later: how, in the most everyday and (at first glance) apolitical sense, do we cope with our world? The late Teibel’s eleven-LP series of field recordings, released between 1969 and 1979—the first commercial albums to offer consumers the ability to tune into seaside waves crashing or a Midwestern cornfield midday in summer from the comfort of their own phonograph setup—was born from a loose and somewhat scientific relationship to the field of psychoacoustics. The concept, as advertised on the back of the first LP, is simple: there is “an ever-increasing problem of disturbing noise,” and Environments “masks most irritating noises to an amazing degree, in much the same way a deodorizer neutralizes disagreeable odors.” The recordings’ efficacy was measured more in user testimony than hard research, but if testimony—or marketing, rather—was to be trusted, then the range of their abilities was wide. Listeners were soothed, energized, put to sleep, made to focus; their sex lives and clarity of thought improved. If such benefits were never backed up by science, it’s nonetheless hard to deny the cultural force pressed into LPs of bird and tree sounds that launched a genre still with us today.

The groovy packaging and new-age flourishes of Teibel’s series now feel retro, but its core idea lives on in the most contemporary of packaging. The din that makes it difficult to unwind or focus today isn’t just the literal noise of crowded space. It’s notifications on your phone, perpetual streams of breaking news, the collapse of the bounded workday into all corners of leisure time. To remedy this, there are white-noise apps like Noisli, which offers two modes, “productivity” or “relax.” And, in the somewhat more complicated case of music proper, there are the streaming-platform playlists built around passive and affectively reparative listening. In a piece for The Baffler on Spotify’s impact on the music industry and modern listening habits, Liz Pelly points out the proliferation of algorithmically generated “chill” playlists on the platform—in her words, “the purest distillation of its ambition to turn all music into emotional wallpaper.” 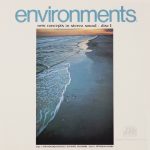 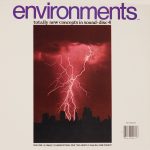 Environments, like many vintage ambient classics, was already available to stream on YouTube (an excellent platform on which to let the algorithm rip and space out to hours of white noise or unobtrusive instrumentals, if you don’t find the occasional five-second advertisement too disruptive). But Numero Group has nudged it a step further by reissuing it this past month as an app. Their Environments takes after the glut of mindfulness apps available to those in pursuit of mobile bliss, downloading all twenty-two LP sides to the user’s phone so no internet connection is necessary for use. Rather than the infantilizing cartoon graphics that usually accompany this sort of product, each recording is paired with an attractive photograph—most taken by Teibel—linking these works back to nature, or the idealized memory of it, at least. Short texts on each recording illuminate their context and formal details, which helps to highlight some of the special analog idiosyncrasies of the recordings (the tale, for example, of how Teibel and his dog were nearly eaten by an alligator while recording in a Georgia swamp; that recordings like “Wood-Masted Sailboat” were in fact collaged to produce a “Platonic ideal” of their referent). In an ostensible bid to launch these recordings past the limits of their original medium (back in the day, listeners had to flip or restart the record after each roughly half-hour side played out), the app is set up to allow users to create playlists or loop these environments endlessly.

Because of the indelibility of the project’s 1970s quirks and Teibel’s own weird sense of humor, the app doesn’t “work” as seamlessly as an everyday tool as other contemporary iterations might. For someone with an interest in the recent history of ambient sound, this is great: the hippy cacophony that is “Be-In (A Psychoacoustic Experience)”—in which you can allegedly hear David Peel calling to “legalize marijuana!” amid the entropic flutes, percussion, and youth chatter—or the new age vocal “Intonation” may not be universal headphone choices for, say, riding the subway or performing data entry, but they help to tell stories about our culture. I’m grateful for the bootleg underbelly of reissue culture (the YouTube uploads, the mp3 blogs), but it’s interesting, too, for Numero to invest in a more conscious animation of such storytelling through innovative digital means, rather than another vinyl release. It underscores, too, the aura that develops around such projects as they age: the artiness we now ascribe Teibel’s product is perhaps largely retrospective. 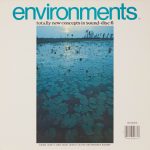 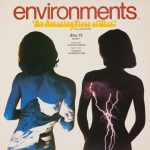 Some notion of “authenticity” often comes up in discussions of these recordings, maybe less authenticity in the sense of accurately representing a particular real experience of nature and more in the sense of feeling as if, however manipulated the sound may be, it has the warmth of having been handled by a real human. This is probably not a useful metric by which to evaluate sound in 2018, but it’s a quality that is nonetheless notably left intact in Numero’s repackaging, and one that shrugs off some of the algorithmic impersonality that accompanies a white-noise app or “piano music” playlist. As packaged then and now, Environments stands as a buffer between listeners and a difficult world. I believe, perhaps optimistically, that Teibel was driven by curiosity, both about environments themselves and how technology might be used to represent them. An analogous curiosity is at the root of the best quiet music, staking it to something both weirder and more generative—an approach more aurally attentive in every aspect than today’s chill playlists might account for.

Encountering Teibel’s work properly within this contemporary listening ecosystem throws into relief questions about the utility of sound—or, rather, the imperative that sound be utile in specific and maybe dangerous ways. I think of the pithy statement made by Teibel, a tagline for the series: “the music of the future isn’t music.” Meant to be an optimistic claim on the predicted ripple effect of his concept, it now feels to me a bit ominous. Is the music of the future Pelly’s “emotional wallpaper”? But the Environments app, unlike a monetized streaming platform, doesn’t eclipse the possibility of other modes of listening beyond the passive one encouraged by Teibel’s sounds. Indeed, it seems to have been designed keeping in mind the ways his work is a catalyst for more experimental modes of listening. It’s in these surreal, cluttered, maybe even less productive zones that we might use sound to think deeply about the structures that produce the problems we’re using this ambience to remedy.

There’s nothing wrong, of course, with producing or consuming sounds to make the everyday more livable. (I’m not sure I would be moved to write about music at all were it not for my own habitual auditory self-medication.) The tangible uptick in the popularity of forms of ambient music more nuanced than white noise seems, presumably, to be in response to a need for peace, or at least quieter rumination—the opening of an inner space to work through various forms of discord. Teibel’s innovation was as much, if not more, in the monetization and marketing of this healing, as it supposedly was in the healing itself, creating, as Spotify and the like do today, a supply-and-demand feedback loop in which the problems the product hopes to solve—namely, the anxiety of hyper-employment and other forms of late-capitalist distress—must remain intact to justify its creation. 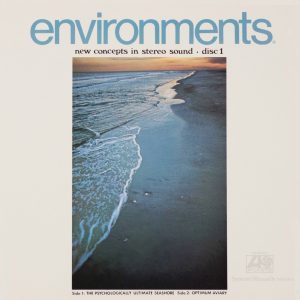 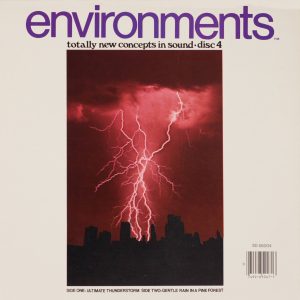 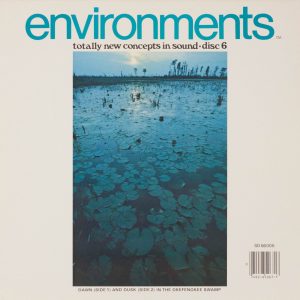 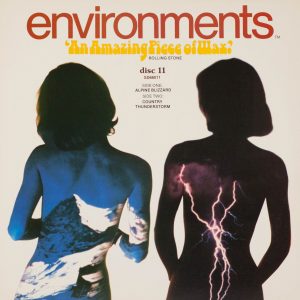