After coming off of a triumphant second season leading the house Chloé, the designer sets her faith in the power of habit.

Much has been said about fashion’s need for a change in power, a long overdue turnover from the near exclusive control men have over women’s bodies. And yet, one feels that still, even with feminist slogans sent down the runway in recent seasons, there has not nearly been enough said, let alone done. Appointed as creative director of Chloé in spring 2017, Natacha Ramsay-Levi has become one of the still few women who head a major fashion house. Part of that incongruous theme that has stuck with fashion since its inception, a close mirror to the sociopolitical machinations at work on the outside. Having just shown her second collection for the French house Chloé, Ramsay-Levi has already exhibited a solid grasp on not only artisanal craft, but also a buoyant personal vision. Mastering a tactile and democratic approach to designing is never easy though, especially in this age of short turnaround (product and personnel alike) and instant gratification. She holds steadfast and unwavering in a vision for Chloé that remains firmly planted in the here and now, the refreshing results of which have registered with great success. In a rare quiet moment following the Fall/Winter 2018 show, Ramsay-Levi spoke with Document’s Megan Wray Schertler about her reliance on routine, and why her designs will always be documentary in nature.

Megan Wray Schertler—The Chloé woman seems to be far more interested in an intellectual approach to getting dressed than she is in any sort of showmanship, especially with your proposal for the Chloé woman. How would you define what is expressed through the clothes?

Megan—Where does that conversation begin for you, personally, every morning?

Natacha—I don’t have a uniform, I like to change. I think the question for me in the morning is: what is my relationship between my body and the clothes. You know, this relationship with the body and the clothes is very important to me right now. I used to dress up more, but now that I have this position of artistic director, there are so many choices that I have to make every day, and so dressing up myself is a bit too much. The second show I did at Chloé was very personal in that sense; it’s really the way I like to dress.

“Ritual is essential. It is like a skeleton, a frame. Having set rituals allows for better concentration. I see ritual as an envelope that shields interior life.”

Megan—What role does ritual play in your work?

Natacha—Ritual is essential. It is like a skeleton, a frame. Having set rituals brings stability and allows for better concentration. I see ritual as an envelope that shields interior life.

Megan—In saying that it’s a skeleton, would you say that having set rituals allows you to move more freely in your day-to-day and to be more creative?

Natacha—Yeah, exactly. We need that structure in order to concentrate and focus on creativity. When we start to do fittings, and when I do workshops with my team, everybody has their own role. I know everyone who’s there, and for what. We can all participate because we know who does what and when, and then you can really be free to focus on the vision. I can get very unfocused if we break from routine. Fashion is always emphasizing this idea of emergency, doing things quickly, wanting things immediately, etc. And ritual gives you this flexibility.

Megan—Have you always been a person who has relied on rituals, even when you were a child? Has that kind of stability always been important to you?

Natacha—I would say so. I love routine. [Laughs] There is so much work in making choices, and there are choices to be made all the time. Routine is the way to not have to question that path. There’s this little anecdote about Barack Obama, which I think is amazing. When he went to get dressed in the morning, he had only two suits, one gray and one blue, and he would alternate them each day. This way he didn’t have to worry about choosing which suit to wear in the morning. I think rituals are important to me because they present something that already exists, that’s been chosen, and that’s not questionable anymore.

Megan—That really resonates with me. It reminds me of when I was a child, I would always have to organize my toys before I could start playing with them. I hated having too many toys out in front of me because I found it distracting. [Laughs] I’m now realizing that it was a way for me to move forward within that creative space and sense of play, perhaps. I guess it was also about a need to have the proper tools in order to move forward.

Natacha—And it’s comforting to know those tools are there, even if you don’t use them.

Megan—Absolutely. It sounds like your way of getting dressed in the morning is also a sort of emotional response, whether it’s to your environment, or to the challenges you’re going to have to face in that given day. Have you observed ways in which the current conversations around women’s rights, and also what it means to be a woman right now, have begun to inform the dress choices that women are making? And also informing your designs?

Natacha—Yes, I think it’s very present. You know, I’m a female designer, and I can’t think from a man’s point of view. I really believe in the strength of a woman, and I really believe that this movement is great. But I think it’s important to also say that we are different and that we have a different point of view. It’s not only about equality. For me, it is important to enhance how beautiful it is to be a woman, how special it is, and that there’s a kind of a psychic power to being a woman that men don’t have. This movement is interesting because it allows women to express themselves, and I think fashion is a great medium.

Megan—I think that’s why your collections have resonated in the way that they have, because we still are in an industry that is very much dominated by men. To have a woman designer who understands that relationship with the body is so powerful, but also particularly important in this moment in history.

Natacha—I think it’s about the importance of a woman’s choice in what she keeps for herself, too. I think fashion is great for that; you give a bit of yourself and you hide a bit.

Megan—It’s having ownership over it. Allowing women to make that choice in terms of what we want to reveal and what we want to keep for ourselves. It is such a personal decision.

Megan—How intimately involved are you with the production process of your work?

Megan—This idea of craft as an aesthetic has gained popularity over the past few years. Thinking about craft as a process, and about fashion as an applied art, is really fascinating. Given your background and your experience with mentorship, do you feel a responsibility to your own team to mentor them in this way of thinking?

Natacha—Yes, of course. People at Chloé have many great skills, so it’s about what you do with them, you know? I feel very blessed to be at Chloé because the atelier is amazing. That said, I don’t know if fashion is all craft, and not also an art. There’s the idea of vision, there’s the language. It’s just that I can’t look at clothes that are badly made. If a product is well done, it’s well done because the vision was right and because there is an element of craft. I don’t need to put pressure on the team to think this way because it’s common sense for us.

Megan—That’s so important, especially in an age where we are inundated with surface-level information or visuals. I think people are beginning to crave that kind of tactile quality, things that are really thoughtfully executed. I think that’s what you’re speaking to in terms of the consideration that you’re putting in to your collections. 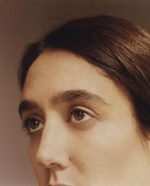 Natacha—Absolutely. We must also not forget that we are making luxury, so there is the idea of exquisiteness that is very important. Even if we want to use jersey, the way it’s sewn has to be very intelligent and very refined.

Megan—Would you consider the production process to be as important as the result?

Natacha—I would not say one is more important than the other is. I see both as intrinsically bound together.

Megan—How important is the process of documenting in your work? Would you consider your work as ‘documentary’ in any sense?

Natacha—Absolutely. We create in a world of existing references. Fashion has the ability to dig everywhere. There is no barrier or hierarchy in what I look at, in what inspires me. Everything is here for a reason. I do not create from a blank paper. It is the same approach in my clothes, there is never an idle gesture. Sometimes the documenting process precedes the vision; sometimes it is the other way around. There are gut feelings that I have, and information that is stored. My work is visual and there is this constant mix of ideas—characters, images, things I read—all in my mind, that I bring together. That said, I am not a fictional character so my work is always infused with a sense of place. I anchor my collections in the present and in the place I am evolving within. My fashion is not a fantasy. For me, fashion is really something that is urban. I mean, I love to be fashionable when I go to the beach, but I will also wear what I can just buy at the beach. I really believe that the clothes have to be suited to the place. I like to imagine that you can be dressed in Chloé and go into suburban areas or a popular area and not feel like you are overdressed. I don’t think the Chloé woman is someone who you can laugh at, you know? There’s this balance of humanity and sincerity.

Megan—Would you describe your work as ‘personal’?

Natacha—There is a very strong feeling of honesty in my work. I have put a lot of myself in the first collection and even more so in the second I just showed. I see my first runway show as a summary of all the possibilities, a sort of table of contents. With the second show, I wanted to open a chapter. Fashion for me has to be personal because it is a way to participate in the world and for me to express an opinion.

Megan—What are the emotional stakes involved with exposing yourself that way?

Natacha—A balance between gut feelings, instincts, and information that is subconsciously stored in me all the time. Doubts and certitudes. Raw emotions. A lot of stress to be honest, too. I’m constantly questioning. Building a collection is also a team effort, and you have to be open to the ideas circulating within the team, but keep your direction strong. You also have to accept that some elements are a gamble. It’s blind trust. 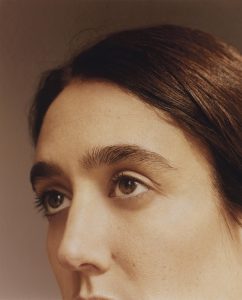 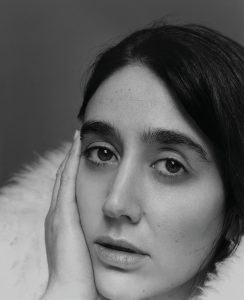