As an increasing number of designers end their relationship with fur, we ask if the split is permanent.

Last week, San Francisco became the largest U.S. city to ban the sale of fur apparel and accessories. The city’s Board of Supervisors passed an ordinance forbidding the sale of new fur pieces, making such sales illegal within the city’s limits. With the ban, San Francisco joins other California municipalities, West Hollywood and Berkeley, as well as a handful of cities and countries across the globe, Sao Paolo, Norway, Switzerland, and Germany. It is expected that the U.K. will join soon as well—in time for a pivotal moment for the fashion industry as an increasing number of major houses move to no fur policies. Faux fur, and, in some instances, no fur, is suddenly the new standard in luxury fashion.

Calvin Klein pioneered the initiative, having had a house ban since 1994. Stella McCartney founded her eponymous label in 2001 as a “100 percent animal-cruelty-free company” using vegan leather and faux fur with synthetic fibers. In 2006, Ralph Lauren declared itself fur-free. Vivienne Westwood and Tommy Hilfiger followed one year later. And like dominoes, major brands followed suit. As of 2017, Hugo Boss, Giorgio Armani, Gucci, Michael Kors, and Jimmy Choo have banned fur from their houses. The rationales for this new ethic run alternate between hard felt moral obligation and a timeless industry concern: what’s trending.

In an interview with 1843 earlier this month, Donatella Versace cited animal cruelty for her decision to no longer use fur in her brands designs, saying, “I am out of that. I don’t want to kill animals to make fashion. It doesn’t feel right.” The CEO of Gucci, Marco Bizzarri, announced that the brand would be joining the Fur Free Alliance and eliminating animal fur from the Spring / Summer 2018 collection and onwards during the 2017 Kering Talk at the London College of Fashion, quipping that fur is “a little bit out-dated.” The brand’s remaining animal fur items will be sold at auction, with the proceeds going to animal rights organizations.

Even quite recently, a designer publicly objecting to the use of fur could expect scorn from those in the industry. “Five years ago, designers who were openly fur-free would be ostracized and black-balled in the community,” explained PJ Smith, the Senior Manager of Fashion Policy at the Humane Society. The topic would’ve remained taboo if not for the lobbying of Smith. Over the last several years, The Humane Society worked with brands and designers to move away from products tainted by animal cruelty. The organization’s efforts were part of a broader effort by the Fur Free Alliance, which represents some 40 animal organizations and 850 retailers worldwide. Smith, for his part, has been directly responsible for successfully lobbying several major houses such as Gucci, Michael Kors, Armani, and the Yoox Net-a-Porter Group to ban fur. Net-a-Porter polled 24,000 of their customers, including clients who spend up to one million dollars a year on the platform, and found that the majority wanted the company to be fur free. “I’ve been doing this for eight years and that entire time was spent just trying to get meetings with these companies,” Smith told me. “Now, they’re calling me to go fur-free. Brands and designers have no choice but to talk about it.”

“You see it with the way people eat, the cosmetics they use. Consumers want to see a commitment to animal protection and fur is part of that. Fashion is just finally catching up.”

As Smith sees it, this sudden push is part of the evolving social consciousness of consumers. “You see it with the way people eat, the cosmetics they use. Consumers want to see a commitment to animal protection and fur is part of that. Fashion is just finally catching up.” He’s always quick to point that luxury brands aren’t immune to the “domino effect” of this soon-to-be status quo in fashion. But unlike the anti-fur movements of the ’80s and ’90s, today’s anti-fur stand isn’t likely to be a fleeting trend, in part, because public policy is far less fickle. With recent slew of city-level bans, as well as Truth in Fur Label Act passed by Congress in 2010, which specified that all fur coming into the United States must be labeled with species and country of origin, fur is now a faux pas that can lead to prison time.

Banning something, of course, doesn’t eliminate one’s desire for the illicit. Fortunately, for those who appreciate fur for its aesthetic possibilities, a number of start-ups are pursing biological alternatives. The Brooklyn-based start-up Modern Meadow is attempting to developed “BioFur,” a series of leathers and furs constituted from lab-grown collagen, the protein found in animal skin. Other approaches include the development of lab-grown skin cells. In 2016, the Riken Centre of Developmental Biology in Japan successfully grew mouse skin cells replete with fur.

Then, there’s always faux fur. Fakes were ubiquitous presence the runway for Fall / Winter 2018 runways. Givenchy, Chanel, and Dries Van Noten incorporated imitation fur in their collections. A number of emerging designers are embracing faux fur as well. Shrimps, Maison Atia, and House of Fluff, which launched exclusively with Net-a-Porter in October 2017, are all young brands moving forward having never known the quandaries posed by fur. The level of quality exhibited by these new champions of faux may have us questioning why we didn’t abandon fur earlier. House of Fluff is one such example. Founded in New York by creative director Kym Canter and design director Alex Dymek, both formerly of J.Mendel, the brand touts an ethical and cruelty-free approach to luxury clothing, developing their imitation fur at Italian mills that incorporate vegan leather. The urge to start House of Fluff came when Canter, who was at one time in possession of several real furs, found herself at an ethical impasse. “I started to feel alienated, not just from my furs, but what I was eating, what I was cleaning my house with, what beauty products I was using, and started to become very aware of what was in them and what their impact was on the world around me—and my closet could not escape the same scrutiny,” Canter told me, reflecting a global consumer mood. The attitude permeates every aspect of the brand. Recycled plastics sourced from a woman-led co-op in El Salvador are used exclusively for their hangers, hangtags, and garment bags. For the faux fur itself, the company purchases polyester fibre, essentially recycled polyester, from European countries only due to the strict pollution regulation set in place by the E.U. The result is an ethical product with a small to neutral ecological footprint. Because House of Fluff avoids more toxic approaches to manufacturing, their fur, says Canter, has a “lifespan more similar to real fur.”

When it comes to making ethical choices as a consumer, both Canter and Smith of the The Humane Society defer to the maxim “knowledge is power.” While society and luxury brands shift towards alternates to fur, it’s critical that consumers do their homework, considering that imitation fur can often take a costly toll on the environment. “It’s up to the customer to be educated about what they’re buying,” Smith says, noting how frequently faux furs made with petrochemicals find their way to landfills. Canter suggests what could be called the gut-check approach. “Use some of the rules you might want to think about in anything you buy,” she offers. “If something doesn’t feel good or screams ‘I don’t exist in nature,’ you might not want to go there! We should all think about keeping items for more than a season. Each one of us has to make that decision, you have to start somewhere. Everyone has to start somewhere.”

Document is going fur-free beginning with our Fall Winter 2018 issue. 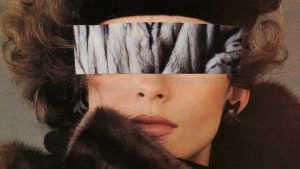