‘Uomini All'Italiana 1968’ marks five decades since the iconic Italian label’s foray into prêt-à-porter—at the expansive tipping point for personal expression in cultures across the globe.

Fifty years ago Angelo and Aldo Zegna, the sons of Ermenegildo Zegna, took the family textile business to the next level, launching Zegna prêt-à-porter. The brothers created a menswear label that would not only encapsulate the Italian way of living in the moment of 1968, but that would go on to create the most sought-after suits that stood for both style and quality. A quote from an editorial featured in the third issue of Top, the lifestyle magazine founded by the brothers, captures the reason for starting Zegna prêt-à-porter: “In his clothes, a man finds daily occasions for expressing a personality (his own style!), for making his mark in his world, for revealing himself to those surrounding him.”

To mark five decades of daily occasions for personal expression at the hands of Zegna, the iconic Italian label is launching an exhibition titled Uomini All’Italiana 1968 in Trivero, the mountain hamlet that has long been the base of Zegna’s manufacturing. Running through October, the exhibit will take visitors from the origins of Zegna prêt-à-porter starting with high-quality textile production into the brand’s era of unimpeachable sartorial know-how for men combined with the logistical muscle to distribute its wears globally. The Zegna suit—meticulously tailored and fitted to be lean, but not tight—was a feat of engineering, overseen by the brothers who tapped technical specialists, fashion editors and photographers, Alfa Castaldi, Oliviero Toscani, and Gian Paolo Barbieri to craft a timeless garment.

“Zegna actually became an interpreter of the times, in a climate in which post-Fordist needs were emerging,” writes Mario Lupano, professor at IUAV University of Venice, in the exhibition essay. One example of the of the brand’s ability to transmute the culture into something physical can be seen in a psychedelic suit from 1968—a fabric of oil lamp composition, purple, blue and gray, floating into each other—made in collaboration with Emilio Pucci, a fellow countryman and famed patterned suit designer. The resulting suit, not only a sign of the times, marked a tactical vision from Zegna, one of the first collaborations in fashion’s modern era. 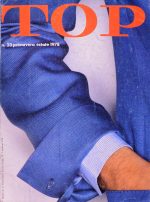 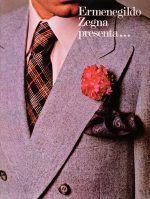 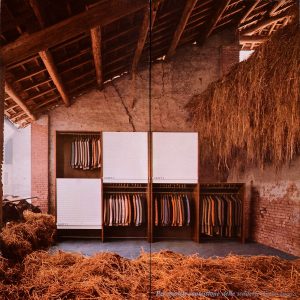 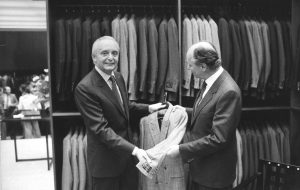 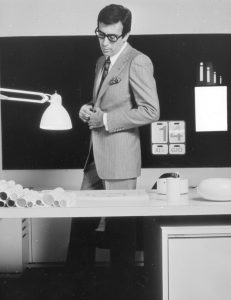 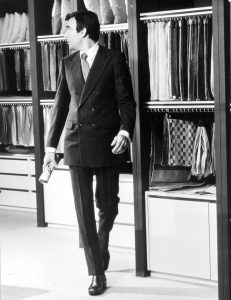 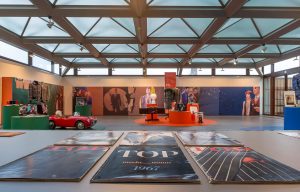 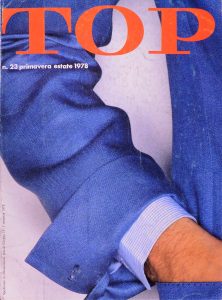 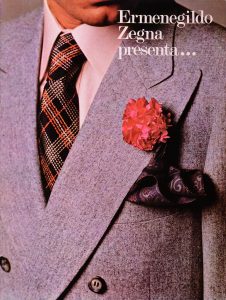 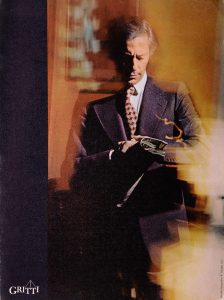 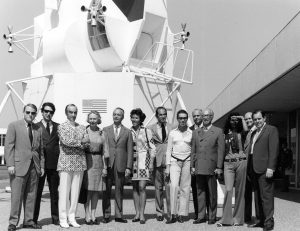 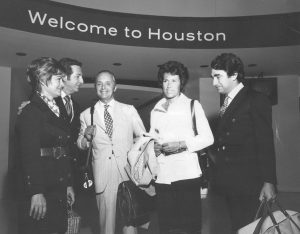 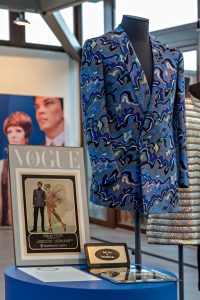 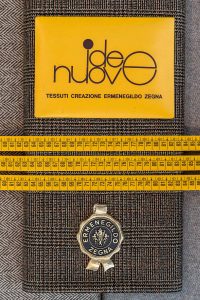 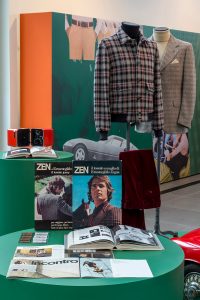