The impenetrable designer spoke with Document about the new era of trendsetting and the rise of sensual menswear.

There are few people in fashion more iconic than the impenetrable Donatella Versace. Since the brands inception she has been the stimulus for the portrait of a Versace Woman, while rather unostentatiously defining who the Versace man is in the process. Since 1998 she has been holding the reigns of the house and blurring the distinction. Document’s Shawn Lakin was able to discuss the complexities of being a woman working in menswear with Versace before her Spring / Summer 2019 show and why women have a lot to bring to the proverbial table.

Document—How would you describe the “Versace Man?”

Donatella Versace—Strong. With a sense of humor. Self-confident. He knows where he stands in society and he is not afraid to flaunt his sensuality. His style is sporty chic. No rules. He wears whatever he feels like wearing, in the boardroom as well as at a club. He is a man of the world and through his travels he gained that type of open-mind that allows him to wear a lace T-shirt as well as a tailored double-breasted jacket. 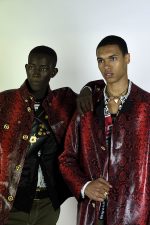 Document—Who is your ultimate muse?

Versace—The time of muses has been over for a long time. The guys I look at are the ones who walk down the streets in Milan, London, New York. People from all over the world that have embraced diversity and the various cultures they have been exposed to, to create their own style. They do not follow the trends, they create their own ones. They are the ones that tell us what they need and they have very precise taste. Even when creating something as simple as a sweater, they want it to be great, special, with personality. Average is not acceptable anymore. These people are too self-confident to content themselves with it.

Document—How does your process differ designing for a men’s collection?

Versace—I always create in the same way and this is especially through today when the men’s and women’s collection have so many elements in common. I think being a woman you see the world in a different way. I interpret sensuality in a different way in both a man or in a woman design. But the process is always the same, so much so that I often work on the two collections at the same time.

Document—What are the advantages of being a woman designing for men?

Versace—I think the fact that I am able to see and bring out their softer side as well as use an ironic approach to dressing them. You know, I have often heard that men’s fashion is “boring” or that you cannot change too much. While the latter might be true, I think that creating for men is as interesting as creating for women. You must take into consideration that men think in a different way, but today we live in a society where the lines between genders have become more faded than ever. This does not mean that men should start wearing skirts, but I love to see a very masculine guy wearing something like a lace T-shirt. I think it’s a new kind of way of being sensual because today’s men are really self-confident and ready to push boundaries like never before. 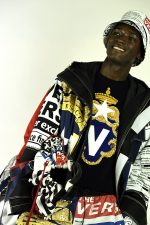 Document—What were the greatest obstacles faced in the beginning of your career?

Versace—The first one is the fact that I am a woman and for a long time no one really believed I was cut for this job. But what they did not know is that I never give up and I proved them wrong. My first years were quite hard. I had the eyes of the world pointed at me, waiting for me to fail and judging my every move. That was not an easy environment to allow creativity to flow. In any case, those days are gone and I am finally able to express myself. Especially because I understood that only by being myself I can bring Versace to its next phase, to stay relevant not only in the fashion world, but most importantly in the cultural conversation. Then I also think that one of the main obstacles was my insecurity… Today I am in much better place. I feel focused, I feel stronger and I feel like I have finally found my own voice, but it took me a few years to achieve this result.

Document—How does it feel to be one of the only women designing menswear in 2018?

Versace—Actually not so good. This is just another example of the how women and men are still treated differently. We are in 2018 and so much still needs to be done because this society understands that equality is not just a right that women have, but that it is something necessary to keep on evolving. Women and men can both be great at the same things. They bring to the table different skills, but it’s not written anywhere that one has to be better than the other…

Document—What advice would you give to other women designing menswear collections?

Versace—To follow their instinct and to have a clear vision. Having a strong DNA and direction are key to create your own image that will make you stand out in this crowd of designers and brands. 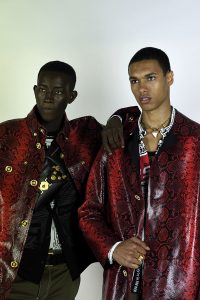 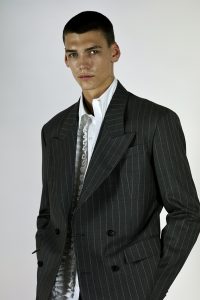 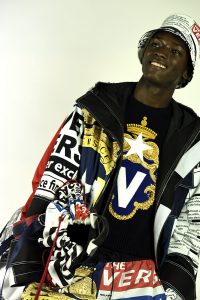 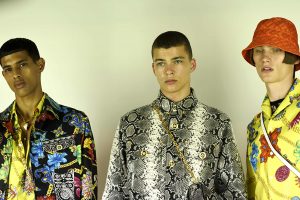 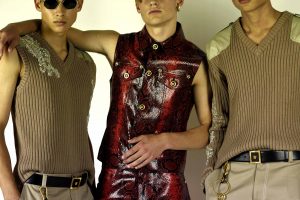 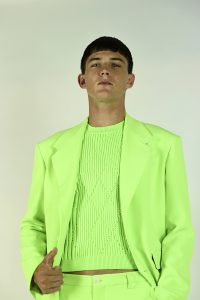