Forensic Architecture are rebuilding objective truths in a subjective world

The Turner Prize-nominated research collective are bridging the space of war zones and human rights atrocities with the world of fine arts to establish undeniable truths in the face of confusion.

From their office, at four banks of desks dressed with an array of computer monitors, a team of developers, filmmakers, and architects, painstakingly join the dots between thousands of separate data points to recreate scenes of violence, criminality, and destruction. Their end products merge virtual and physical reality to create counter investigations designed to hold truth to power.

With foreign agents highjacking elections and fake news being employed to bolster a political agenda, their work is very much of the here and now. Since they were nominated for the Turner Prize in April, the team has been inundated with requests to collaborate on new projects. As the program manager at Forensic Architecture, Sarah Nankivell facilitates all new partnerships, such as exhibitions, to help the practice communicate their work. The art world attention, Nankivell explained, has created an opening for a dedicated group of people who are “really dedicated to sifting through all of the huge amounts of information out there and to hold states to account—to present the truth of things in a way that is going to be taken seriously.”

The 15-strong team of experts has been using artistic methods to establish facts, each person feeding into an intricate chain of analysis. Christina Varvia, deputy director of Forensic Architecture, began her life at the studio as a researcher. Back in 2016, Varvia explained to Wired how her role touched on all aspects of an investigation. “I analyze the available sources, extracting material and then make sure that this analysis can be visualized in a way that communicates well.” Partnering with the likes of Amnesty, the U.N., and a whole range of international NGOs, their projects have a very real-world impact. 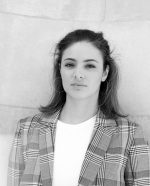 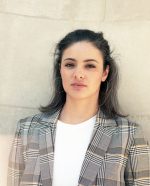 Back in March of 2017, when U.S. forces bombed a site in Al-Jinah, Syria, Forensic Architecture worked with Human Rights Watch and a British blogger named Bellingcat, who in 2003 discovered that Syria was using chemical weapons by collating evidence from fragments of YouTube footage. The U.S. had claimed the target of the Al-Jinah strike was a terrorist meeting place, and that the only causalities were terrorists themselves. Speaking to the contractor who originally built the structure, and reconstructing the site from videos and images, before and after the attack, Forensic Architecture revealed that what the U.S. had aimed fire at, was in fact a mosque, killing civilians in the process. Combing through the fine details of the building, one the many details the group discovered were shelves designed to house the worshippers’ shoes taken off during prayer time— the culmination of clues revealed the grave error in tactical judgment and a possible cover-up by U.S. forces. After making the information public, the Pentagon retracted part of their statement and confessed the target was indeed, “part of a mosque complex.”

The story of the Mosque and shoe shelf is one of many examples of the studio’s sensitivity; it’s what sets them apart from any other type of creative advocates in operation today and helps them break new ground. “Forensics comes from the word forum,” said the director of Forensic Architecture, Eyal Weizman. “Sometimes being a counter forensic agency, rather than a forensic agency, means we cannot always participate in the official forums such as the state or parliamentary inquiries. So, we look for alternative forums.” These new forums take place at exhibitions, talks, and via online storytelling. And it’s in these alternative spaces, where the group has its captured the attention of international organizations keen to leverage the group’s approach.

Off the back of the studio’s recent exhibitions at the Institute of Contemporary Art in London in May this year and Documenta in June 2017, The New York Times approached the studio to see how they could use the format for their own investigations. The high adrenaline, fast-paced news environment of the newsroom is at exact odds with Forensic Architecture’s meticulous way of working; but the more organizations that use their tools, the better. “It’s very handcrafted way of working, so it’s been interesting to see their interpretation of it,” Nankivell said, “and we’re hoping more people start using our methods.”

Experimenting with new technologies like AI and machine learning, the team couldn’t understand recent history without technology. Nankivell herself studied Egyptology, but while CT scanning a mummy at The Met in New York, she got her first taste of combining technology with heritage. Rather than focus on millennia gone by, she went on to focus on more modern events with her masters. “ISIS had been blowing up heritage sites in Syria and Iraq, and I was interested in how heritage gets used in conflicts, as both a weapon and a political tool.”

“Sometimes being a counter-forensic agency, rather than a forensic agency, means we cannot always participate in the official forums such as the state or parliamentary inquiries. So, we look for alternative forums.” —Eyal Weizman

Those who have lived through unbearable acts of violence are often the group’s best resource for recreating scenes of injustice and violence. And, as might expect, it’s a delicate request. When the team recreated Saydnaya prison in Syria, they worked directly with witnesses to gather their experiences. “Most of these people had to endure a regime of silence,” Nankivell said. “Prisoners were not allowed to make any sound at all, and because of that they became acutely attuned to every little sound around them.” Collaborating with acoustic experts, the witnesses and architects used the chaos and reverberations to create a live model. “Walking around the space, the witness will say ‘this is where we wrote on the walls’ or ‘this is where they gave us food.’ We found it was a safe way for people to work through these incredibly traumatic memories because it gave them a sense of control, to externalize and manipulate the situation.”

Depending on the topic, the team employs a whole host of experts to help them paint a clearer picture of events on the ground. In 2006, when a young man was shot to death in Germany amidst a wave of racially motivated murders, Forensic Architecture looked to the more obscure tactics to understand what actually happened. “We were interested in the presence of a German secret service agent in the internet cafe where the man was shot,” Nankivell said. In an attempt to unravel the connections between the German government, secret services, and neo-Nazi groups, Forensic Architecture questioned the agent’s claim that he was unaware of the man’s death. Running two separate recreations, one in virtual reality and another in a to-scale reconstruction of the room, they probed the possibility that such a highly trained individual could have been so clueless.

Employing an acoustic expert to fire the same model gun as the assailant used, out in the Arizona desert, the levels were deafening. “Even with the silencer, it was as loud as a jackhammer,” she said. The group also deployed machines to disperse smell particles, the distinct scent of gunpowder emanating through the room was another point of contention, bringing the agent’s testimony into disrepute. “We use space as an anchor,” Nankivell said. “Whether we’re using Facebook or precise mapping techniques to find out how far apart two buildings are, we use space to synthesize all that information.” 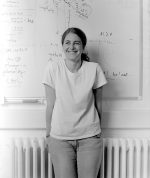 Since shooting to fame with the Turner Prize nomination this spring, Sarah Nankivell has been inundated with emails requesting collaborations, but the practice has come under fire for focusing on certain issues over others. “We’ll never work for the state,” she said, “and we very specifically don’t work for militaries because we want to hold them to account.” When Amnesty approached Forensic Architecture to help them piece together the reality of a detention facility in Cameroon, scores of Cameroonians commented on their Facebook page, asking why they were going after their military when they could be using their techniques to help find people in Boko Haram. “The issue was that a lot of people were being detained under the suspicion they were members of Boko Haram, but it was a very loose reason,” Nankivell explains. “Maybe some people were, but there were a lot of people who weren’t. Either way, there were grievous human right violations. People were detained illegally, without any access to the outside world, and were being tortured.” Before going live, the only backlash the team had anticipated was criticism surrounding the U.S.’s proximity to the compound, and how they claimed to be in the dark about the harrowing conditions.

The close-knit nature of team is integral to the type of work they do. “We all hang out on weekends and are very supportive of each other. It’s really important we do that because the nature of our work is so challenging.” Moving forward, Nankivell is keen to diversify their focus points, covering violence against women, environmental issues, and turning their attention towards incidents in America and Europe. But if the very nature of their work is countering acts of power, the more established their operation gets, the more they have to consider their existence. “If the team gets any bigger,” she said, “we face an existential crisis.”

Earlier this year, Christina Varvia, told Dezeen that the team has mixed feelings about the Turner Prize nomination. “It’s a strange time for us,” Varvia said, “as on the one hand there are a few cases that we are working on that we are having struggles with, at the same time there is the recognition from an art institute.”

But with questioning comes with growth. At the moment the team is working through on a recreation of Grenfell Tower, the public housing high-rise in London that burned to the ground last June after highly flammable material was found to have been installed on its exterior—a cost-cutting procedure. After appealing for any footage of the incident, Forensic Architecture hopes to crowdsource a collective truth by stripping back the politics to garner a true impression of what happened. In a world increasingly run on half-truths and hearsay, crowdsourcing reality might just be the best way to create an objective reality. 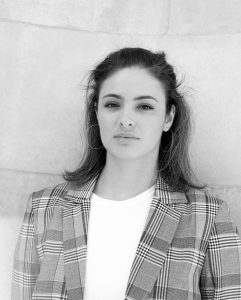 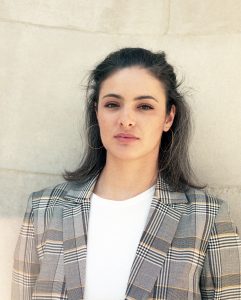 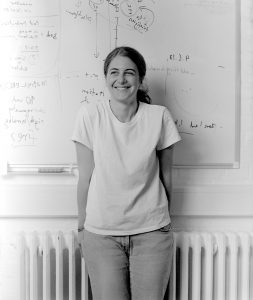 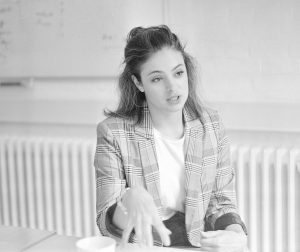