This weekend at the 99 Scott event space in Bushwick, the Happy Family Night Market is planning a celebration of Asian-American cuisine and heritage.

A multicultural spin on the open-air bazaars of East Asia is coming to Bushwick with the Happy Family Night Market, a one-day event celebrating Asian-American heritage at the 99 Scott event space. At the night market, Asian-American food is the entry point into broader conversations on Asian-American identity, as well as the flowing diversity of the Asian diaspora. Panel discussions and film screenings will feature an array of international film makers alongside the food market, with offerings from local culinary talent such as Jimmy Tu’s Vietnamese street-food restaurant Bunker to Diane Chang’s catering business Po-Po’s, named after her late Sichuanese grandmother. For Brooklyn, it’s the first event of its kind in scope and inclusivity with aims to carve out a space for celebration, education, and camaraderie.

Organized by six women working across the city in hospitality, dining, and event production, these co-producers set out to create an atmosphere to catalyze larger conversations about immigration, selfhood, and ethnic identity—a festival and a homecoming in equal parts. “Our event is trying to inspire people to reconnect and educate themselves on their own heritage or other people’s heritage,” said Phoebe Tran, one of the event’s producer. Tran, along with her co-collaborators, is hoping to share the immigrant experience with an audience unfamiliar with Asian-American cultural contributions outside of Americanized stereotypes. The market will features dishes and cuisines ranging from Cambodia to Nepal with the goal of introduce less celebrated Asian dishes to its Brooklyn eaters. “There are a lot of isolated cuisines within Asia that haven’t reached the mainstream because it’s too funky or too exotic looking or it’s not going to fit the American palate just yet,” Tran explained. “We want to challenge that.”

Celebrating multiculturalism and tracing the commonalities of the immigrant experience takes on a unavoidable political dimension under a presidential administration that has launched a callous assault on those same values. It’s a fact not lost on Tran and her collaborators. “Besides the night market being a very experiential and fun event, the underlying message clearly touches on a very controversial subject and a socio-political fear,” she said. In the face of rising forms of bigotry, and political actors intent on criminalizing the other, consider the Happy Family Night Market a small oasis in which to embrace the multiethnic narratives of cuisine in New York City and beyond. “I think the word celebration is really the one to focus on,” said Nikki Cohen, one of the night market’s co-producers. “We’re celebrating something that resonates with a lot of people, and that’s why it’s so infectious.” 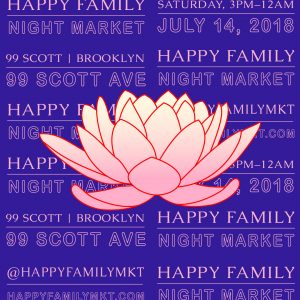 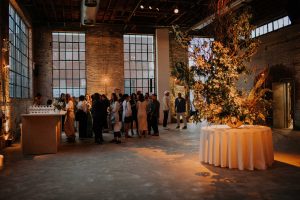 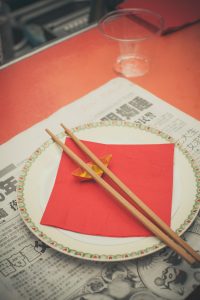 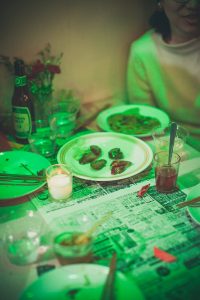 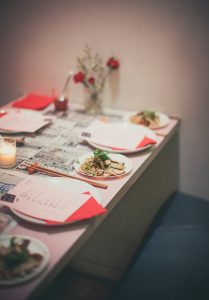