From July 23 to September 23, Marino will present his art and design collection in "Counterpoint: Selections From The Peter Marino Collection" at Southampton Arts Center in New York.

In 1978, Andy Warhol gave the 29-year-old architect and designer Peter Marino a bouquet of flowers in lieu of payment for a renovation on his Upper East Side townhouse. The flowers weren’t a bouquet in the traditional sense, but rather a series of seven india ink and watercolor paintings from Warhol’s flower series. The gesture would be the beginnings of an art collection that has grown over the years with Marino’s discerning taste, keen eye and close network of friends. 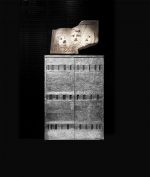 Marino—the black leather-clad architect and designer responsible for the boutiques for luxury brands like Dior, Chanel and Louis Vuitton—picked up an affinity for art collecting in the late ‘70s. From July 27 to September 23, Marino will present his art and design collection in “Counterpoint: Selections From The Peter Marino Collection” at Southampton Arts Center in New York. Glenn Brown’s sculpture, We Reeled in Drunkenly from Outer Space (2014), and Zhang Huan’s painting, Sea No.1 (2011), will be among the works that will make their debut in public. 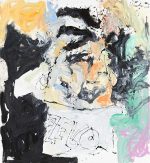 Marino designed Counterpoint’s four chambers that divide selections from his collection into four distinct groups. There’s the Treasury Room, which juxtaposes photographs by Robert Mapplethorpe against Marino’s stoic bronze boxes. Then, in the Modern German Art Gallery hang a selection of paintings by Anselm Kiefer and Georg Baselitz. The Pop Art Gallery will display Marino’s acquisitions by Tom Sachs, Damien Hirst, Joel Morrison and Richard Prince. The architect and designer invites people into his own Southampton garden through a photograph by Jason Schmidt and nine bronze Grand Moutons de Peter by François Xavier Lalanne that usually stand in that garden. The Gardens Gallery also displays screens that showcase Marino’s local architectural projects, and the works that helped Marino start his art collection, which will be on display for the first time, affectionately signed, “To Peter, Andy Warhol.” 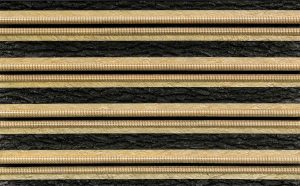 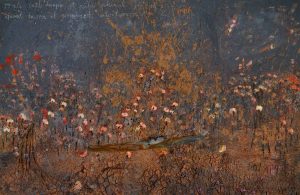 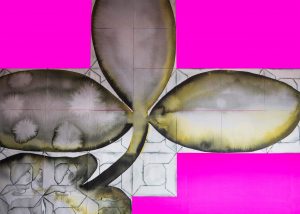 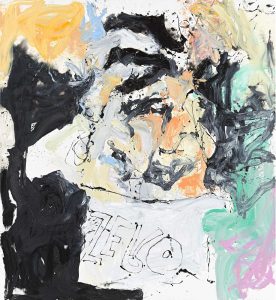