The iconic, minimal white Adidas tennis shoe known as the Stan Smith had a different name when the brand birthed it in 1965. The sneaker was initially called the Adidas Robert Haillet, after the French tennis player. But after he retired, Adidas decided that the shoe needed an active tennis pro for its namesake, so in 1971 the brand renamed it the Adidas Stan Smith, after the former no. 1 tennis player and two-time Grand Slam singles champ. Smith retired in 1985, but over three decades later, the sneaker with his name lives on. Celine designer Phoebe Philo first walked out on the runway wearing them for her fall/winter 2011 show’s finale with black trousers and a black turtleneck. The fashion world took note, and in 2014, Raf Simons unveiled his reinterpretation of the sneaker. Since the shoe first came out, the Adidas Stan Smith has seen a Kermit the Frog edition, a Star Wars version, and even a Pharrell Williams collaboration. This fall, Rizzoli released Stan Smith: Some People Think I’m a Shoe, which takes a look at the rise of the Adidas Stan Smith, from its beginnings to its most recent iterations, through archival photos of Stan Smith the tennis player, to photos of several Stan Smith limited edition styles. Document’s Ann Binlot quizzed the tennis player on putting his name on a sneaker initially named after Haillet, how it felt on the court, and what he thinks of fashion’s obsession with Adidas Stan Smiths.

Ann Binlot—Tell me about how Adidas came to name a shoe after you. How did you feel about filling Robert Haillet’s shoes?

Stan Smith—My name became affiliated with the shoe when Adidas was looking for a stronger presence in the US marketplace. The Haillet name was already on it and it had my photo and his name for a couple of years and then just my name and photo. I got to know Robert and he was very nice about the relationship even though they took his name off the shoe. He was a great player as well.

Ann—Performance-wise, how was it playing on the court with them on?

Stan—They were a ‘high-tech’ shoe at the time. They had more support than canvas, breathed better because of the holes, lasted longer, and actually were a bit stylish even then.

Ann—How did you influence the current design?

Stan—The current design is almost the same as 50 years ago as you can see in the book. The only change I suggested was to put a loop in the tongue to keep it from moving to the side and making the heel tab higher to protect the Achilles tendon. 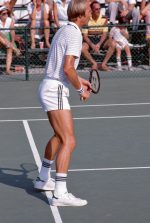 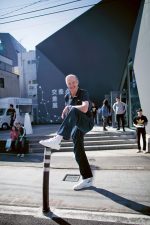 Ann—When do you realize that the fashion world was starting to embrace the sneaker? How did you feel about that?

Stan—It was the start of a trend of people wearing sportswear on the street and my shoe was simple, clean, comfortable, and could go with any outfit, so it was something anybody could wear. You started seeing people like Phoebe Philo wearing it as well as many other ‘influencers,’ which took it into the fashion world.

Ann—The shoe has since had a number of makeovers, from Raf Simons’s version to the Pharrell collaboration. What is it like seeing the sneaker reimagined, over and over again?

Stan—The shoe is like a blank canvas on which to paint or create. The designers have had some fun creating all sorts of iterations over the years with colors, materials, and designs without losing the integrity of the original profile. Raf to Pharrell and all those in between and after are giving it renewed life to a diversity of people of all cultures, genders, and ages all over the world. This is what is fun to watch as I walk down the streets

“The shoe is like a blank canvas on which to paint or create.”

Stan—I am excited about the future of the shoe. Society has been gravitating towards tennis shoes more each year. The company has done a fantastic job with collaborations with “influencers” in fashion, entertainment, sports, and street culture. Personally, my company Stan Smith Events is helping corporations host their guests at major sporting events in tennis, rugby, Olympics, and partnership meetings. I also have a year-round Smith Stearns Tennis Academy at Sea Pines Resort on Hilton Head Island, South Carolina for young players between 12 to 18. I enjoy working with them. I’m the president of the International Tennis Hall of Fame, where we induct the top players in the world after they have been retired from the tour for more than five years. And of course, I am helping Adidas promote the shoe and now the book, Stan Smith: Some People Think I’m a Shoe, which is about the history of the shoe and also my life. 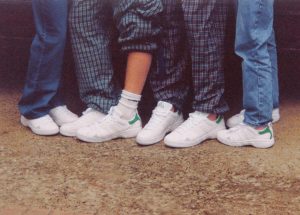 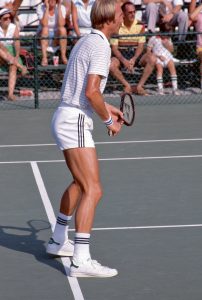 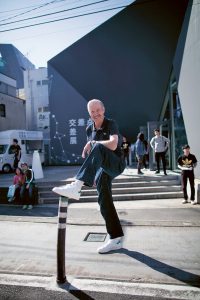