Loie Hollowell's portfolio for Document's Fall/Winter 2018 issue marks a daring departure from the practice of early female abstractionists, reveling in the eroticism and ethereality communicated by organic forms.

Loie Hollowell’s paintings and drawings of the female figure, still lifes, floral arrangements, and ethereal landscapes are a daring renegotiation of a type of abstraction that was developing, at the beginning of the 20th century, in the works of such female painters as Agnes Pelton and perhaps even Florence Miller. Hollowell has engaged with some of the same subject matter as these early female abstractionists, including landscapes and bodies, but because she eschews the mystical and visionary philosophies that permeated her predecessors’ practices, her work is more closely connected to the present day.

In the drawing Port of Entry—Red Circle over Yellow Ogee, undulating ovals suspend from the top half of the work and suggest buttocks. A bright-red button hovers at the top—it could be a nipple, a clitoris, or an anus. Indeed, Hollowell’s works exhibit a raciness that outpaces the artists with whom she is frequently compared. Perhaps unsurprisingly, her work is often discussed in reference to that of Georgia O’Keeffe, an association Hollowell winks at with her 2015 drawing Thank You Georgia O’Keeffe. Though these artists do share a concern with certain organic forms, Hollowell’s oeuvre has none of O’Keeffe’s Precisionist crispness in rendering; rather, her bold colors often gradate, as if emitting their own inner glow.

Perhaps it is the recurrence of soft mounds (as in Fertile Mountains), pairs of thigh-like appendages (Peak), and the ubiquitous “V” (Bouncing on the Bed) that allow Hollowell’s bodies both to read as women and to retain references to the land. Hollowell, 35, was born in Woodland, California, and she describes growing up in “a very flat landscape that was laser-leveled for farming. Every season, a new crop was grown—corn‚ watermelons‚ almonds.” To look at the drawings in this portfolio is to appreciate the fecundity of the land, the blossoming of the crops, and the way partitions of color, boundaries, and folds can communicate a biomorphism that the eye knows. 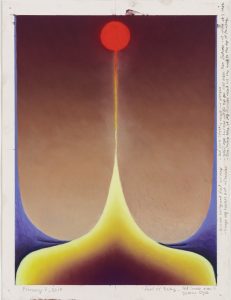 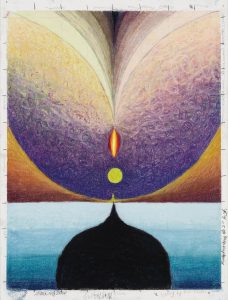 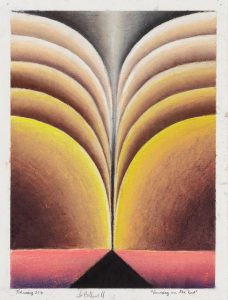 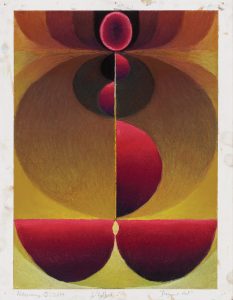 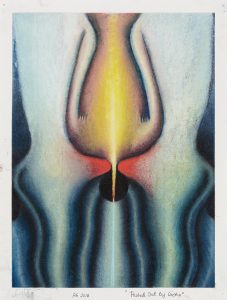 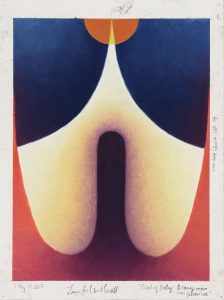 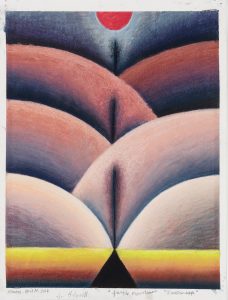 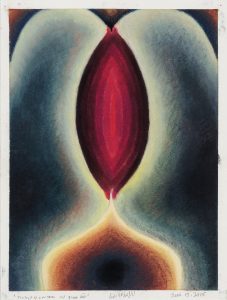 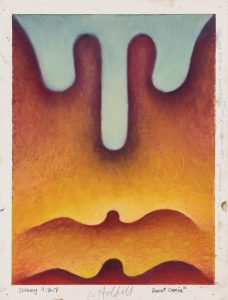 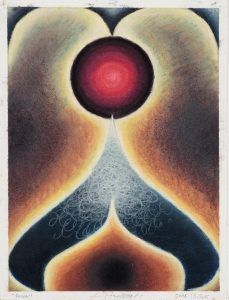 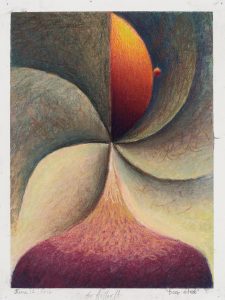