Document’s Sam Weir spoke to five female activists on the fight for abortion in Argentina and found a common thread between them all: an unwavering optimism.

On August 8th, 2018, Argentina’s Senate set out to vote on a bill that would legalize abortion for pregnancies up to 14 weeks. If the bill was passed, Argentina would become the most populous nation in Latin America to legalize abortion. This is a region with decades of strict abortion laws. Only Cuba, Guyana, Mexico City, and Uruguay have legalized it thus far. Out of this, a new movement called #NiUnaMenos, translated to Not one [woman] less, has sparked global attention while attempting to fight these oppressive laws. However, even with all of these activists’ efforts and after a 15 hour debate, Argentina’s Senate rejected the bill 38 to 31. This means existing law stands, only allowing abortion in the case of rape and danger to the life of the woman. It speaks volumes to how the senate still views women and the importance of their rights as well as the influence the church still maintains on the state.

As painful of a loss as this was for the women of Latin America and the world as a whole, it has done something more. Margaret Atwood sent a message to Ana Correa, one of the founding members of the #NiUnaMenos movement: “The State co-opting women’s bodies, forced labour for other’s gain is slavery. The law as it stands is unjust. But it sometimes takes years for changes like this to happen. At least you have brought major attention to this situation.” Document’s Sam Weir spoke to 5 women involved in the protest and found a common thread between them all: An unwavering optimism that informs their activism. 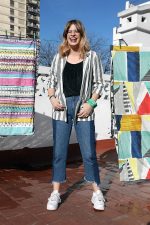 Sam Weir—How has the protest affected your everyday life?

Sofia Nanni, 19—There has been a rise in debate which can be seen through mass media; you turn on the TV and they are always talking about it. My Twitter timeline is full of information and different opinions about the protest. My university (Facultad de Arquitectura, Diseño y Urbanismo, Universidad de Buenos Aires) has offered informative talks, and on the days when there were the big protest rallies, they did not take attendance. In that way, we felt there was a kind of support from them.

Katrin Vankova, 23—Pregnancy is something that means a radical change in all possible aspects of your life: physical, psychological, vital, economical, social. Only you, a woman, know how these changes affect you, and no one but you has the right to decide over it. No matter where I or you live, this should affect you.

Angela Canalda, 20—When I was young, abortion was very much so a taboo subject. Three years ago, the movement ‘Ni Una Menos’ emerged as a denunciation of sexist violence. I was 16 years old at the time, and I can say that it changed my life. I found out that my thoughts and ideas were part of something larger than me; I had been a feminist my whole life but I didn’t know. This year, the senators did not approve the abortion law which is so frustrating, but that does not stop us. We will continue wearing our green and orange handkerchiefs everyday, tied to our backpacks, to demonstrate that we are fighting for legal, safe, and free abortion.

Sam—How have you been participating in the protest?

Carolina Tulia, 17—I have taken part in the protest on the streets many times. The first time I was 15, and I have attended almost every massive protest ever since. While I was marching, I had the pleasure to meet the most amazing women. They talked about personal and moving stories, how their mothers and even themselves had to go through some of the hardest processes you can think of. It’s really difficult to hear this, but it made me braver and made me want to fight more.

María Belén Ballesteros, 23—The first march I went to was the “Not one less” which is done every year by the femicides in Argentina, and this year they protested about abortion. I participated actively in social media joining the massive campaigns under the hashtags #QueSeaLey, #SeraLey and #AbortoLegalYa. The day in which the senators were set to vote, the expectation was not very positive being that the other side had majority, but we never lost the hope. That day,  my friends along with thousands of women marched and wore green handkerchiefs.

Sofia—I think it’s very important to go out in the streets and manifest yourself. Coming out to protest is how we created a crowd and how we made our voices heard. In the protests, the atmosphere, despite sad, is beautiful because we are all struggling together. I have felt an incredible sisterhood with people I’ve never met before.

Katrin—I always liked to protest through art. I think it’s the necessary tool to enter the soul. Because beyond the laws, we’re all human, with feelings. On the other side, I think that social networks are crucial. It’s a great tool to make demands freely, to share and reach places and peoples who are miles away.

Sam—What do you see for the future of Argentina and women’s rights?

Sofia—I see a good future. We came to this point, and now nobody and nothing can stop us. Feminism is here to stay. We need a government that listens to the needs of people, a government that doesn’t put religious convictions before our rights, or before public health situations. I strongly believe that if we continue like this, we will achieve greatness. Look at the noise, we made ourselves noticed all around the world. We woke up sisters from other parts of South America to come out and be heard.

Katrin—I want to think that this is not a loss. On the contrary, Argentina has to be stronger than ever. Not only their women, but also the men; because if we unite their voices, the scream is going to be heard twice as much. The one thing we can’t lose is hope. I have a lot of hope, and although it’s hard, I want to think that things will change. I believe in people, humanity, and evolution. Just like an Argentinian girl told me in the media, instead of making history, we’re making prehistory.

Carolina—I think we made a huge impact in society and we cannot look back. It’s going to be a hard fight but we will accomplish our goal at some point. Nothing can change the fact that there are now millions of women who will not stop fighting for their rights. We are going to make it.

Maria—We are in a process of social transformation where the women are the protagonist. The incredible thing about this all is the connection between strangers who fight for the same cause. Now, walking down the street at night, it is a bit safer because in the distance you see a stranger with a green handkerchief. 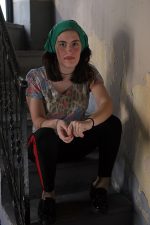 Sam—There is a sense of bravery that comes with protest, no?

Maria—History was being made and I wanted to be part of it. It was and is all very exciting. But, I also understand that there are many women who have a really hard time showing up in favor of these movements because they are in a toxic relationship or simply because they are afraid. I always try to stress the importance of telling them that we are here for them, that we are a lot and together we have power.

Angela—I have to say that I am one of the lucky ones. For myself and my friends, it has always been easy. But I know that is not the common situation for most. I want and I think we have to stand up for them, for the girls that died in the middle of the night when they were trying to have an abortion, for the girls that died due to sexist violence, for the ones that do not have a voice yet. My mother taught me to fight for the things that I feel are right, so here I am. No one can stop us, the women have woken up full of energy and passion. We are making history and that feels so amazing. 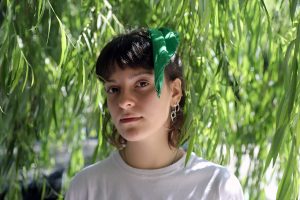 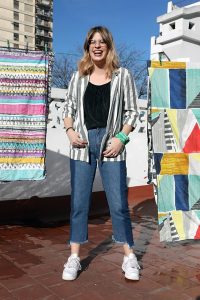 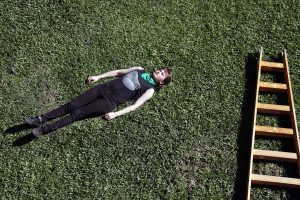 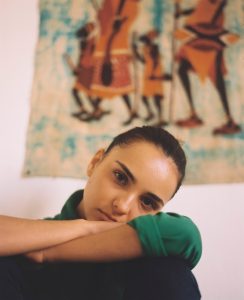 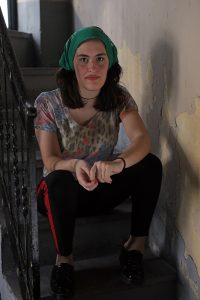