Bloomsbury is an area in London, England, that was developed by the Russell Family in the 17th and 18th centuries, and among Bloomsbury’s charms, past and present, are gardens, squares, and so on, where one can admire flowers, and the flowers one sees in Bloomsbury now are reminiscent of other flowers or flower patterns seen on the skirts and blouses worn between the two World Wars by Bloomsbury-based stars such as Virginia Woolf and her sister, Vanessa Bell, and if you visited the designer and style arbiter, Andre Walker, in his home in Brooklyn, you might be reminded of Bloomsbury, too, because of the quiet grandeur of his beautiful abode, with its wide, wooden staircases, and rich and enriching smells and flowers and trees, all allowing for the solitude of creation but the fresh air of new ideas, too, and that’s what Andre is known for, the freshness of his ideas, and on the second floor of his beautiful home, Andre sometimes sits with his sketchpad coming up with ideas no one would have the nerve to come up with except Andre because if you inhabit your imagination as Andre does, which is to say fully, you are yourself, and free, and so there Andre was on a recent afternoon talking about how he had started out, and of course it began with a dream, or an inspiration, that dream or inspiration being the fashions he saw in the magazines his incredibly handsome mother subscribed to—WWD, Italian Vogue, and the like—and that was mixed up with wearing a particular uniform when he was a schoolboy in England (his family emigrated to the U.S. when he was 6) and at first loving disco in America but then becoming much more interested in bands like X-Ray Spex, with its punk lyricism and reggae funk mixed together, just as Andre’s Catholicism was mixed up with his Jamaican heritage, everything very proper and then something else, and there Andre was as a boy with his already amazing language—who else could write “candid approach to aesthetics basics,” and “it’s a surprise that includes only the willing” but Andre?—visiting London again with his family and sitting on the top of a bus looking down and seeing pink hair and green hair, and there Andre was again in Brooklyn, an avid lover of “The Jetsons,” and before you know it he was making his own clothes, which were borne out of his imagination, no one had seen shapes like that before, the science fiction meets Beau Brummel-era or 17th century Bloomsbury lapels, and the powdered-faces-with-polka-dot-red cheeks on his models, models who wore Andre’s one-of-a-kind pieces with aplomb, pieces Andre sewed himself and sold exclusively at Patricia Field’s, where he worked sometimes, his fashion shows were always an event, they brought such hope to an industry that was stuck in its own rut, then, of ’80s and early ’90s power suits, power shoulders, upwardly mobile heels and silhouettes, Andre changed that by infusing fashion with an atmosphere of serious play, he was practically a teenager who had the mind of a master, and the hands of a master, too, there was his singular eye and feel for fabric, stitching, possibility—“I  bow down at the altar of fashion,” he says—and so then those years passed and Andre went out into the world.

“His fashion shows were always an event, they brought such hope to an industry that was stuck in its own rut, then, of ’80s and early ’90s power suits, power shoulders, upwardly mobile heels and silhouettes, Andre changed that by infusing fashion with an atmosphere of serious play, he was practically a teenager who had the mind of a master.”

There, he began to work with other style mavens like Marc Jacobs and Kim Jones, designers whose intelligence includes the openness it takes to learn from other sensibilities like Andre’s, who brings an unparalleled elegance to the chaos that fashion can grow out of, or reflect, and what that means is that fashion, at its best, is a symbiosis of a number of ideas that must be reduced to make sense to the human body, let alone eye, without sacrificing its complicated intent, which is to clothe and stimulate the eye and mind, almost all at once, and Kim Jones is an intelligent person who is as interested in the future of fashion as Andre is, and it was with all that in mind that Kim introduced his friend to Adrian Joffe, who works with his wife, Rei Kawakubo, founder and chief designer of the estimable Commes des Garcons, and it was Adrian who invited Andre to take part in Dover Street Market, New York, a new venture where affordable and “special” pieces  by Andre will be available soon and who among us cannot wait to see the next iteration of Andre’s career, and to see his new level of perfectly made clothes because Andre made them with his eye and imagination, a way of thinking that’s as redolent and fragrant as ladies drifting through various squares in Bloomsbury, sometimes bending down to smell the perfection of a flower. 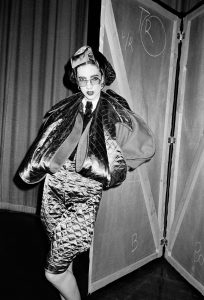 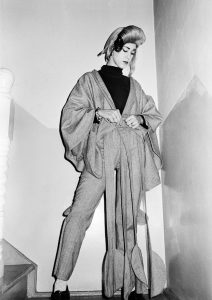 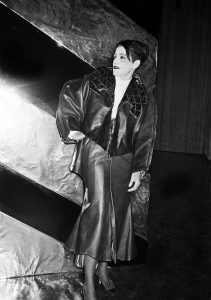 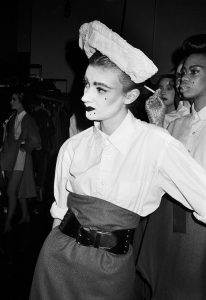 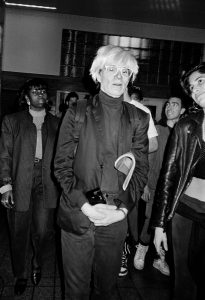