For the Dior Men’s pre-fall 2019 collection, Kim Jones and the Dior Men’s team traveled to Tokyo, where Jones presented a parade of cyber-chic looks in monochromatic grey, cherry blossom prints, and futuristic metallics inspired by the science fiction film Tron,set against a rainbow of lasers and giant sculpture of a female robot by Japanese artist Hajime Sorayama. Dior’s Makeup Creative & Image Director Peter Philips, who conceived of the grooming, gave the models a natural, radiant glow.

“I hydrated their skin well with the Dior Homme Dermo System skincare line, applying invigorating moisturizing emulsion, pore control perfecting essence, and anti-fatigue firming eye serum,” said Philips. “Then I used the Backstage line Face & Body Foundation to obtain even skin and a clear complexion, as its ultra-light texture creates an incredibly natural impression. And finally, I added depth to the eyes with the Dior Backstage Brow Palette and the Diorshow Brow Styler.” 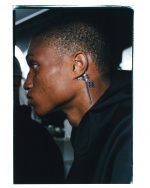 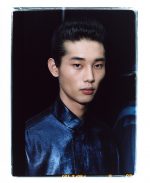 For the lips, Philips exfoliated the models’ pouts. “Lips were left natural, prepped with Dior Addict Lip Sugar Scrub, which smooths and hydrates.”

Philips even made special accessories for the models’ faces: “I created these silver 3D designs, some of which have a rainbow glimmer, to replicate the new Dior logo created by Kim Jones for this new pre-fall collection. Some of the models had the Dior logo applied to the nape of the neck. I also used the accessories in a more abstract way by using individual letters applied below the ear, on the forearms, the backs of the hands, and even on some fingers, to look like a metal sheath. These futuristic decorations create a ‘robotic-chic’ effect.” 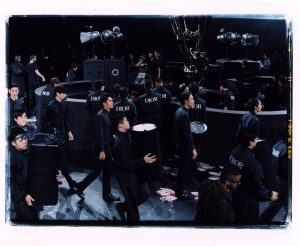 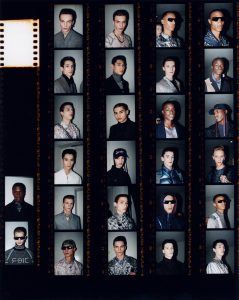 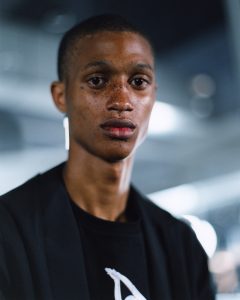 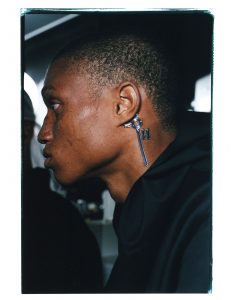 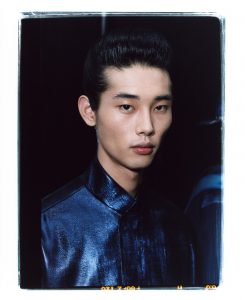 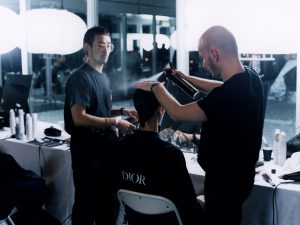 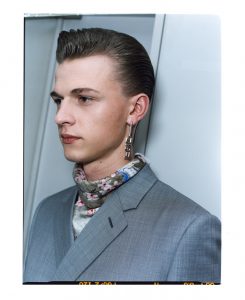 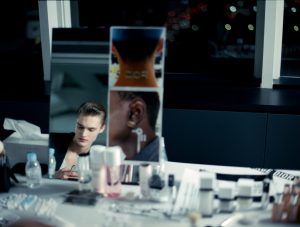 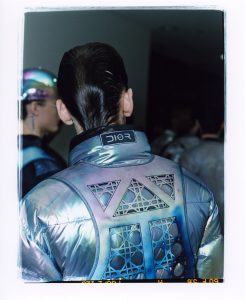 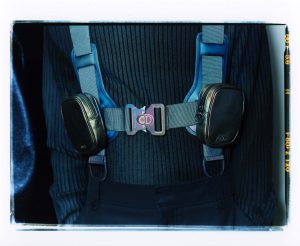 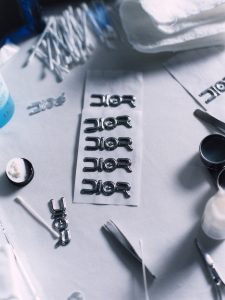 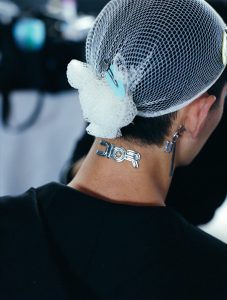 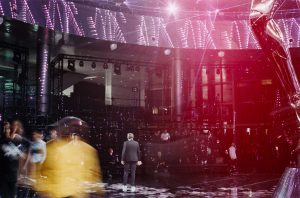 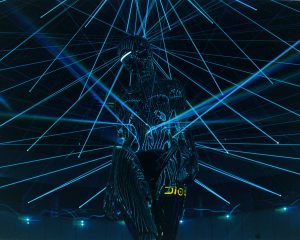