For #LighttheFight, Jenny Holzer lit up New York streets with quotes from activists, writers, and politicians.

In 1993, the AIDS rate in New York City reached its peak, with 12,719 diagnoses that year. The then-unknown disease ravaged the gay community, taking thousands of lives with no known cure. Since then, the disease has become more manageable with more treatments; It is no longer a death sentence but the fight, the stigma, and the struggle still exists. Last Saturday, artist Jenny Holzer marked World AIDS Day with #LighttheFight, a roving art installation consisting of a fleet of five trucks that forced viewers to think about the disease.

“Hopefully those who encounter the the procession will contemplate the lessons of voices from history,” said Keith Fox, CEO of Phaidon and board chair of the NYC AIDS Memorial. “Through the language of poets, activists, artists, politicians, statisticians, and those living with HIV and AIDS, Jenny has created an experience that is simply stated sublime. As you read the text, you’re going to feel anger, hope, sorrow, respect, empathy, tenderness, and a desire for action.”

Quotes from David Wojnarowicz, William Shakespeare, Larry Kramer, Emily Dickinson, Bob Rafsky, Eric Sawyer, Tennessee Williams, and more were illuminated on each side of the truck. Quotes like “HIV IS NOT TRANSMITTED BY AIR OR BEING COUGHED OR SNEEZED ON,” “LORD BRING ME MY OLD BLOOD’S NAME,” and “MORE THAN 36.9 MILLION PEOPLE ON THE GLOBE LIVE WITH HIV/AIDS,” were displayed on the trucks as they roved around New York before making stops at The Whitney, Times Square, and Harlem. 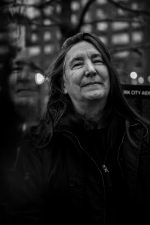 “I’m working on #LightTheFight because the fight against AIDS continues,” said Holzer in a statement about the project. “It’s crucial to maintain awareness that the AIDS epidemic is live, in New York and around the world. The messages on the trucks’ screens, contributed by feeling people, could comfort those affected by AIDS and reignite fires in bellies to end AIDS forever.” 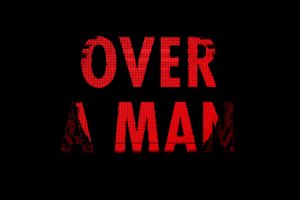 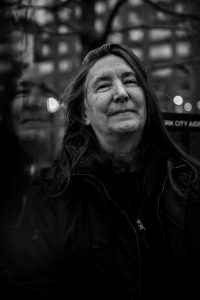 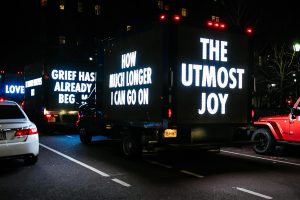