Portugal, known for its booming textile industry, celebrated its 20th anniversary of Portugal Fashion with this most recent S/S 2016 fashion week offering. The theme for this season’s showing was Celebration. “In these two decades, Portugal Fashion has become a reference for cosmopolitanism, creativity and aesthetic sophistication. There are plenty of good reasons to revisit the 20 years of one of the largest events in Iberian fashion, highlighting its major contribution to the promotion of Portuguese creations on the most famous catwalks in the world” says President of ANJE, Joao Rafael Koehler. Amongst the vast offering of the more established names/highlights of Portugal fashion week, we were introduced to a 5-year-old incubator program, referred to as The Bloom Project, which fosters and caters to select new designers who are given a platform to show amongst the established brands, and further push the conversation of Portuguese fashion. The Bloom project is spearheaded by fashion professor and designer Miguel Flor, who carefully hand picks each designer who will join and show under this program, which fosters establishing emerging brands in a rapidly growing market. Document’s Online Fashion Director Ronald Burton gives us a closer look into Portugal Fashion Week with an exclusive diary, shot by Matilde Travassos, and shares some highlights of his favorite Bloom project designers. Click through the gallery for the full highlights. 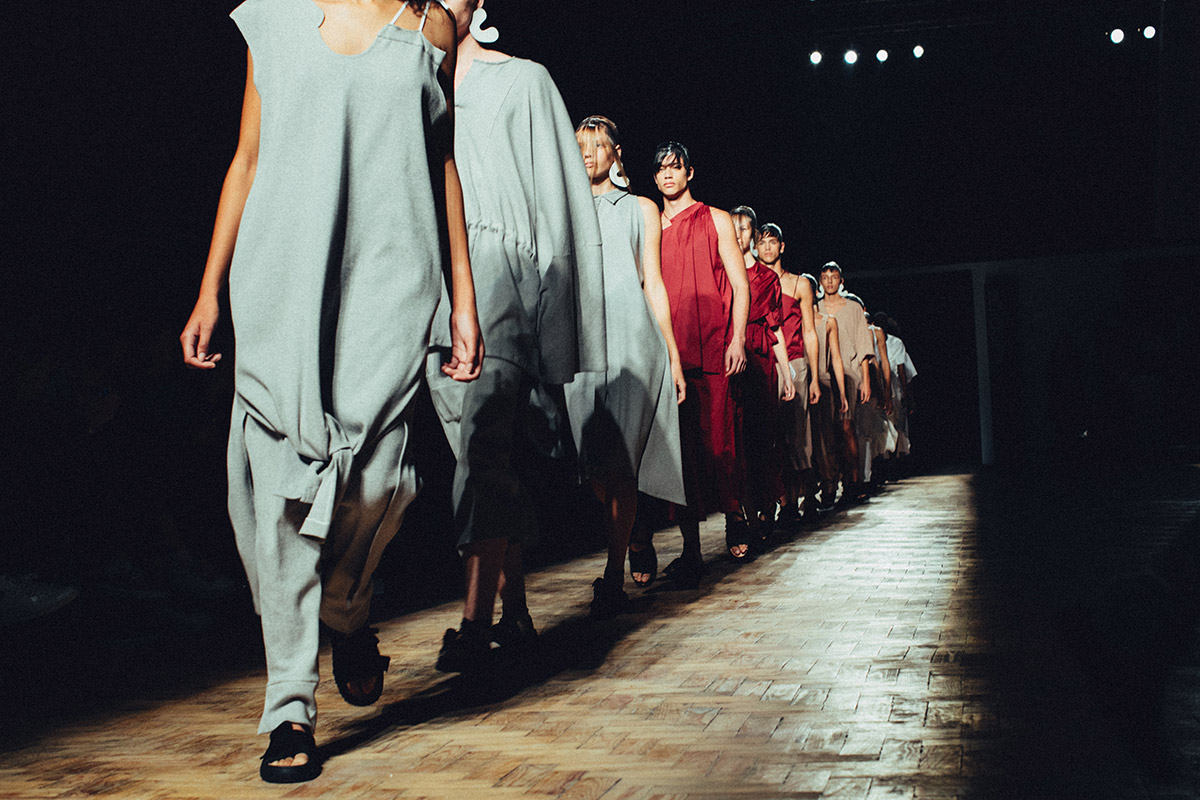 The core stance behind this label is the absence of gender, though co-designers Marta Conclaves and Goncalo Pascoa work endlessly without specific themes or stern ideas for the resulting collection.  The ending mash up creates a new identity for the brand, as it is an ever evolving conversation for the design duo which draws inspiration from things that they love.  A lot of what was presented deconstructed existing ideas, which took on their unique perspective in the reconstructing process to create a new identity.  In this case it was new shapes, that were Japanese inspired.

Inspired by a Robert Rauschenberg painting from the 1970’s, Pedro produced an emotionally charged collection entitled “With Love.” Rauschenberg’s painting reminded Pedro of a mood board, and in moments of personal reflection the word “sentiment” seemed to stick with the designer as he was designing this collection. The use of layering in the collection was a metaphor to the designers own personal past memories, and mementos.  This was interpreted emotionally in the form of colors pink and red, deriving from dreams the designer would have. However, there are copious amounts of black in the collection which reflects lonely feelings and those frightful times of feeling lost. Thematically this collection was about getting back into one’s feelings, and taking a journey through an “intensely sensitive experience”.

Menswear designer Hugo Costa definitely bought the cool factor to his latest mens collection showing, with large doses of streetwear elements, but the precise tailoring was a detail that did not go missed. Hugo looked at the concept of individuality for this collection, where he highlights strength and authenticity in singularity.

Alumni Bloom project designer Daniela Barros takes us on a spiritual journey, as her show notes start with a quote from American author Joan Didion. Her focus with this collection was on moral values, experiences, and accountability for one’s actions. She plays with deconstruction and fabrics such as denim, tercel lyocell, and 80’s Japanese silk while working her hand with formal tailoring techniques.

KLAR is a collective who keeps youth culture and curioisty in mind as they design each collection. This collection pulls references from gothicism and classics revived with a refined design hand to marry the two worlds together. KLAR is composed of three different designers, Alexandre Marrafeiro, Andreia Oliveira, and Tiago Carneiro who, despite coming from different backgrounds, share the same objective to create a space where clothing creates a conceptual outlook.