Oscillating in uniforms sculptural yet wonderfully unreal, Elsa Hotzel and Albert Burger first appeared in Oskar Schlemmer’s “Triadic Ballet” on September 30, 1922 in Stuttgart, Germany. Unbeknownst then to the Bauhaus artist, the production would eventually became a dramatic flag for the avant-garde art movement, encouraging its powerful visual construction and begging questions of form, space, and meaning. The piece, a theatrical trinity, questioned the impact of machine culture at the time of the industrial revolution, viewing a “machine man,” in Germany’s post-war, technological preoccupation.

Today, nearly a century later, Schlemmer’s historic work is revisited by artistic directors Mafalda Millies and Roya Sachs in “Virtually There” at Mana Contemporary in Jersey City, New Jersey. Inspired by the”Triadic Ballet,” the limited-run work continues the artist’s brilliant gaze with a new set of collaborators—including punk ballerina Karole Armitage, Whitney Biennial artists Kate Gilmore and Heather Rowe, French composer Charles Derenne, and Brazilian designers Campana Brothers, who designed costumes for the production—translating core Bauhaus elements for a digital time. To commemorate the final showing of the performance tonight, November 22, 2016, Document spoke with Humberto Campana, one half of the design duo known for their extravagant spacial and product design that reclaim foreign or discarded materials in unexpectedly new forms.

Joshua Glass—Your body of work concerns typically static pieces. What was the process like this time, designing costume for movement?

Humberto Campana—We entered the project with the same freedoms that we have working in our own field. At no point did we think about movement because it was to be adapted and incorporated from what we created by the ballet production.

Joshua—That method, to choreograph in response to rather than in command of, follows Oskar Schlemmer’s approach, and is something atypical in performance. How did that affect the pieces’ inception?

Humberto—There were no limits in creating the costumes. We had complete freedom. We were fortunate enough to work with a couple very experienced in the art of costume, Jon Can Coskunes and Simone Duff. Without them, their skills, and experience, this project would not have been possible to carry out. 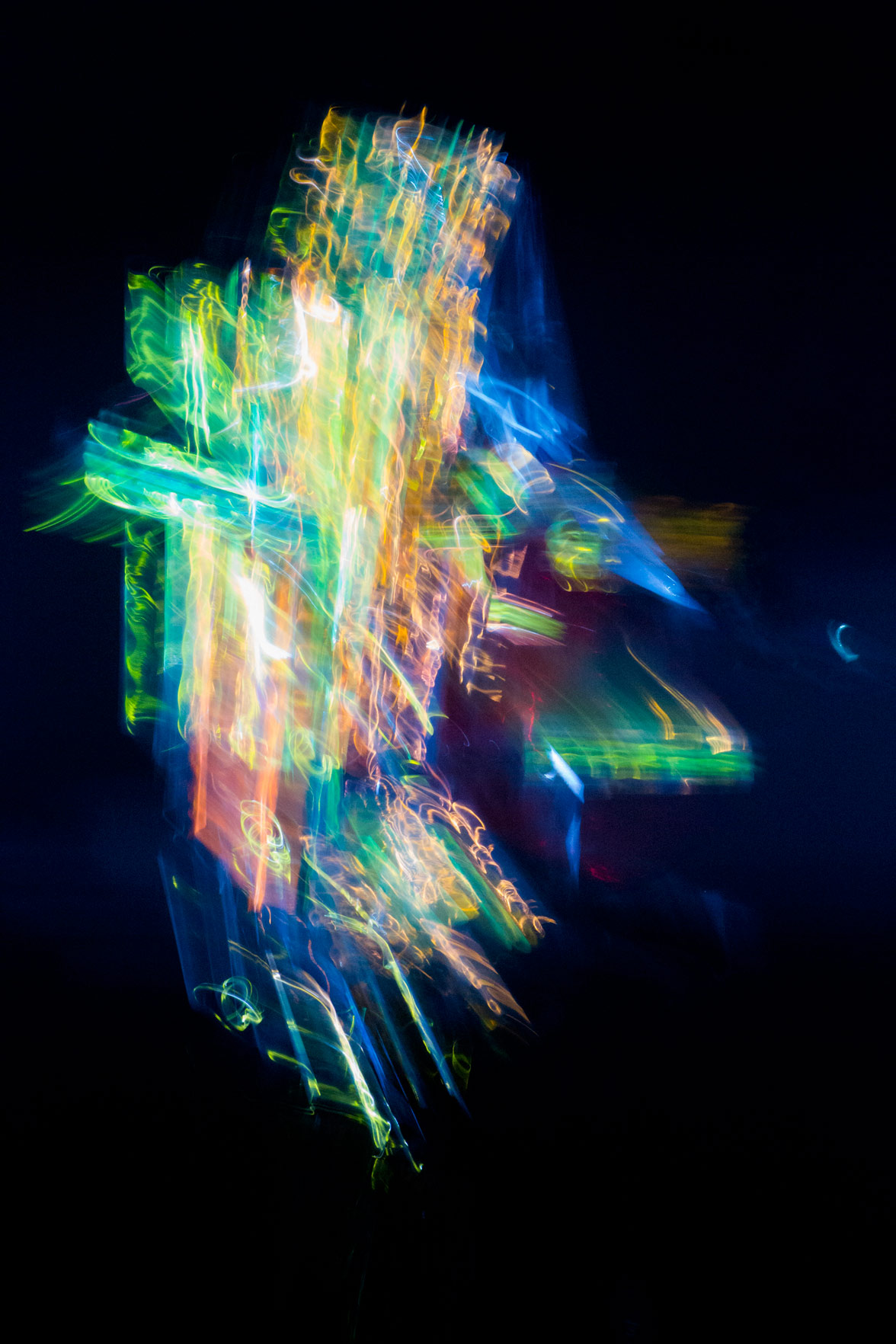 Joshua—How do the final costumes compare to Schlemmer’s original pieces?

Humberto—Our references were the machine and the man that became one. But to get away from these ideas, we sought to deconstruct the ballet. Schlemmer’s piece is constructivist—it’s construction. We went the opposite; deconstructing these references we had through the use of materials from the technology of the 21st century. As with much of our work, all of the costumes were born from their materials, which were very diverse.

Joshua—What do the gathered materials represent?

Humberto—When we started working on this project, we did not want to work inside a room or office. Instead, we went out and visited electronics, plastics, and gardening shops on Canal Street. These [objects] gave the final concept to the project. After choosing the materials, we started working almost as alchemists to transform them—to divert their original functions and give them a second skin. Objects used in lighting would later become part of the dance. Mirrors would bring the spectator into the dancers’ bodies. The most surprising material that we used was the body of a Chinese paper lantern: That was the inspiration to create the Accordion Man.

Joshua—With such a dynamic roster of creatives on the production—from artististic directors Mafalda Millies and Roya Sachs to Document contributors MATTE Projects, what was the work flow like? 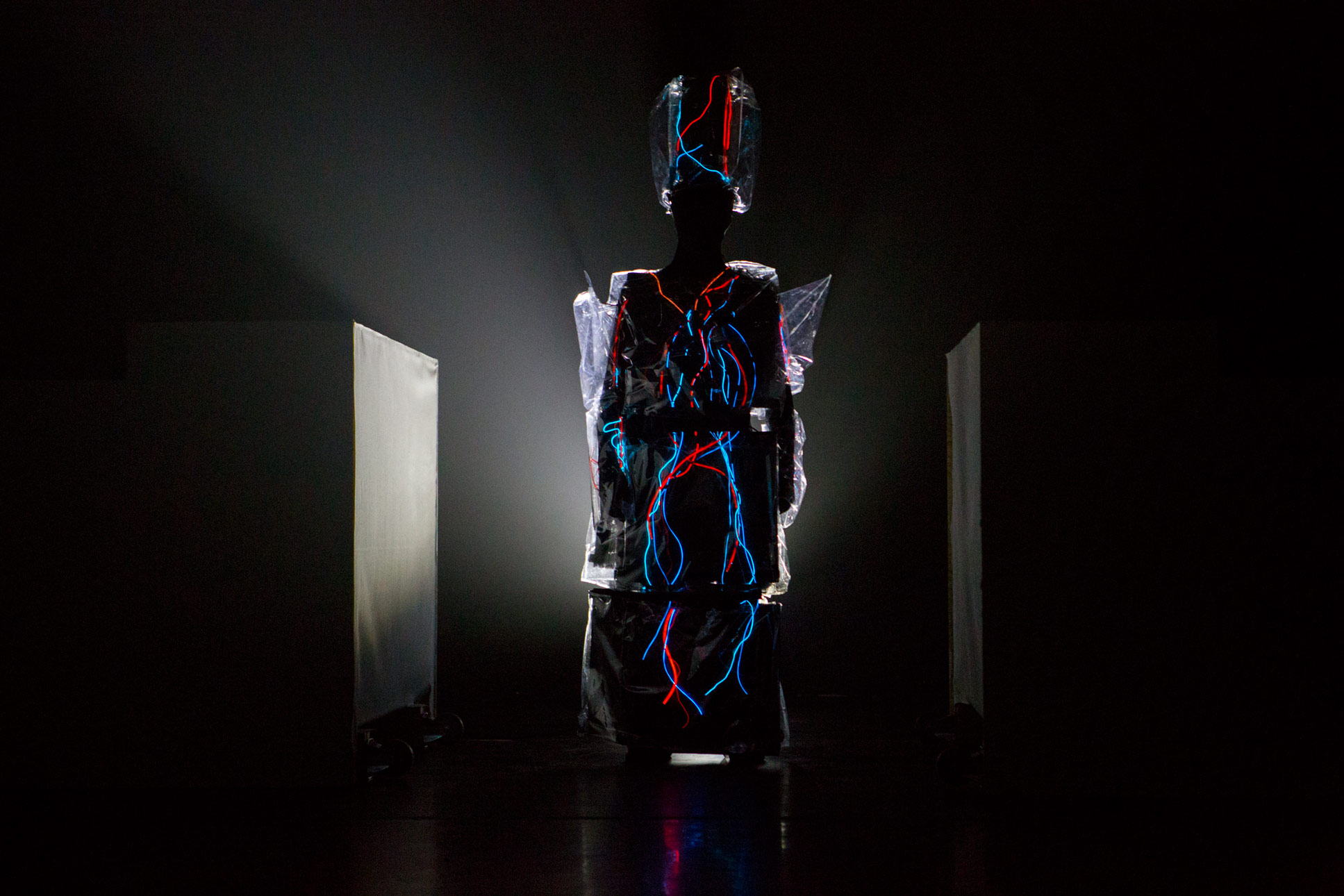 Humberto—It was magical. Everyone was very passionate, so it was easygoing and very fun all the time.

Joshua—At a time like today, arguably more preoccupied by technology than the 1920s, when the “Triadic Ballet” was first shown, what do you think viewers can learn from “Virtually There”?

Humberto—Our only concern—the thought that drove us and accompanied us all the time—was to bring beauty to the spectators’ gaze. We wanted to please their eyes. Through the detachment of materials and function, we tried to give pleasure to the eyes of the public.

The final performance of “Virtually There” will be tonight, November 22, 2016, at Mana Contemporary in Jersey City, New Jersey.