It’s past sunset and, before us, a server expeditiously douses dried leaves with boiling water, allowing it to breathe but for a second before washing the solution away into a wooden, tray-like carton. The hot refuse splashes against her hands often but the woman, moving at a record yet somehow ceremonial speed, does not flinch. She brews the tea leaves, this time ready to be enjoyed, again into overlaid, quail egg-sized mugs. A flip right-side up, and the aroma of the broth escapes, its steam painting a trial against the wetness that has overwhelmed everything else. On the table, too, are tiny sesame crackers and sugar-coated red bean cakes. DuGoff, having studied the practice the first time, is ready for its next act. His glasses exhale, lightly fogged.

We are in Jiufen, a small mining town in the north of Taiwan, a little under an hour taxi-drive from our base at the W Taipei in the capital city’s commercial Xinyi District. It’s day four into the designer’s week-long exploration of the city—an unbelievable requisite of the Council of Fashion Designers of America’s business development incubator, of which DuGoff, 28, is a part of the 2016-2018 program—and its full effect has yet to sink in. 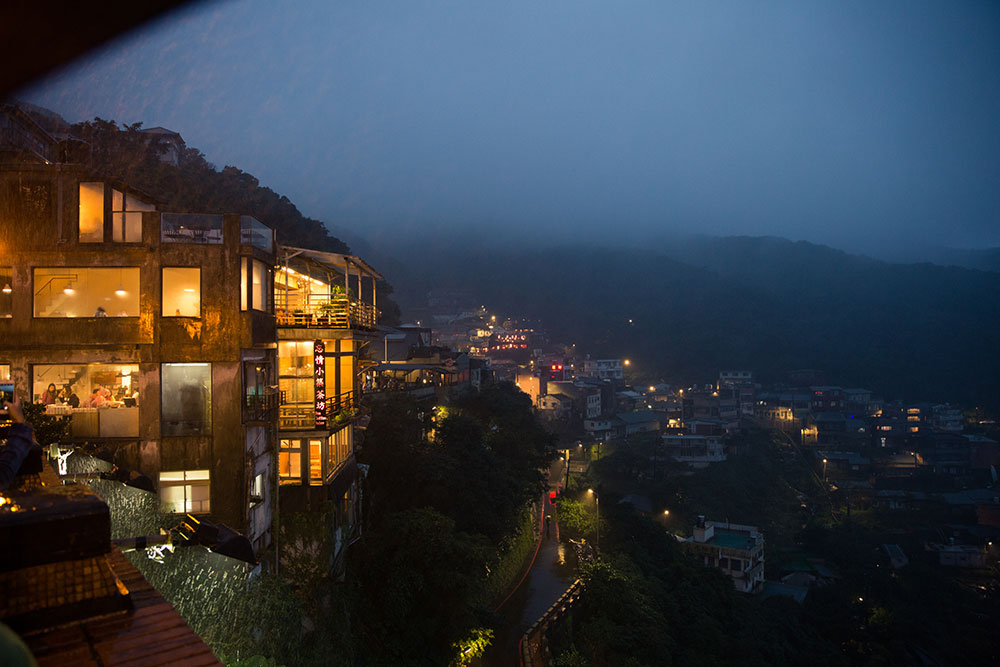 Jiufen from the top. Image by Alec Kulger.

The hours before had been a funny frenzy of sorts, mad-dashing across the Taipei Basin to squeeze in as many moments of tranquility as possible: a warming soak in the natural springs of Beitou; a casual stroll at the Ju Ming Museum, a near-vacant sculpture garden in New Taipei City; and a doughy bite of gua bao, a pork belly snack offhandedly known as “Taiwanese hamburger,” at a no-menu vendor on the side of a highway. The day was but an abridged itinerary of DuGoff’s long-investigated first trip to Taiwan and, in fact, Asia itself. The list goes on. 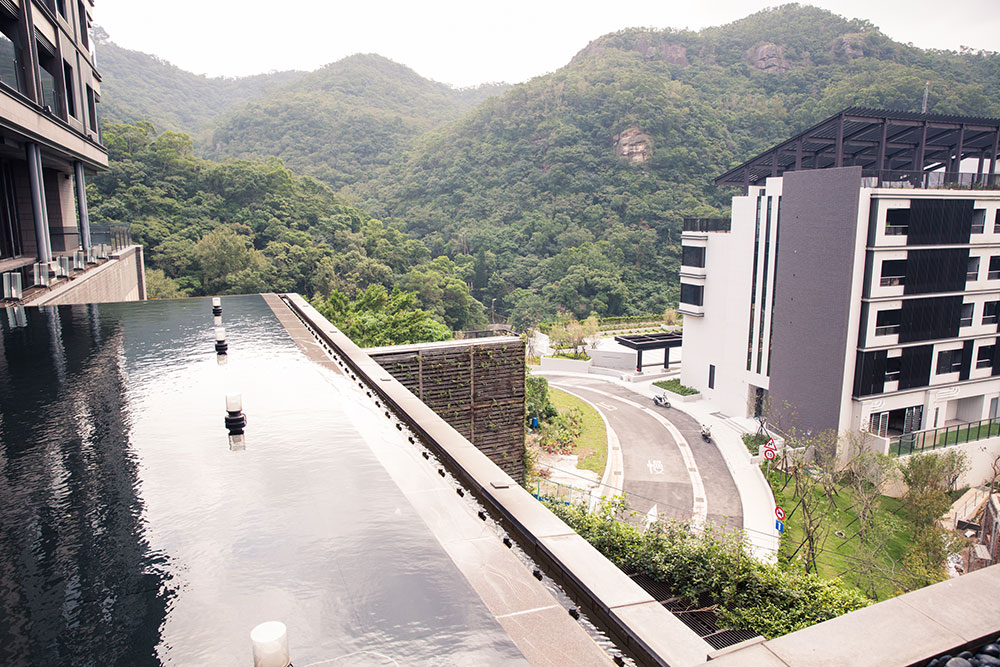 In the hills of Beitou. Image by Alec Kulger. 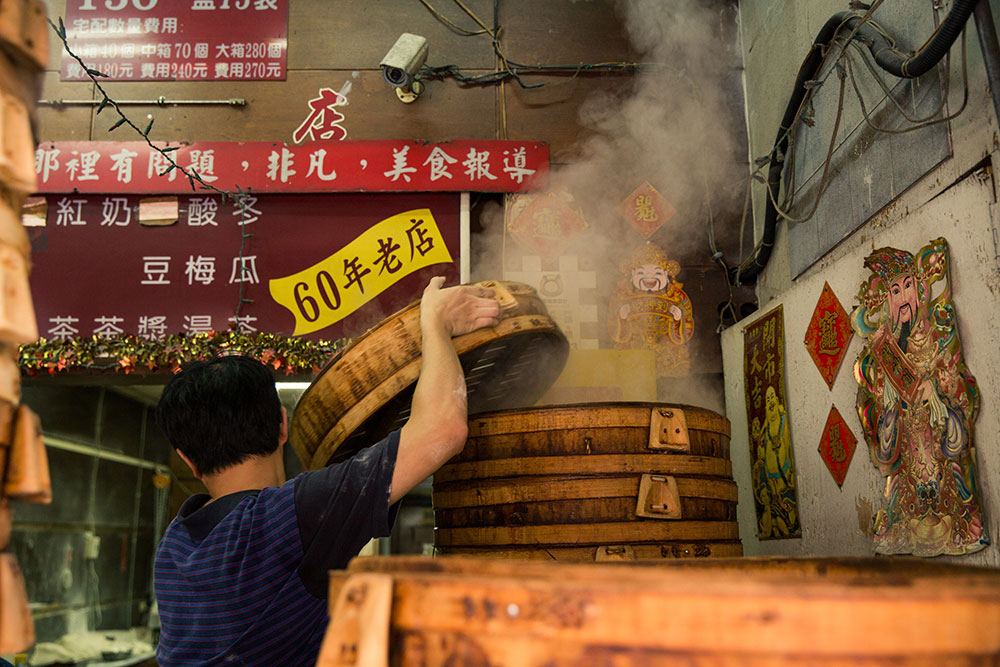 A stand serves fresh made bao. Image by Alec Kulger.

In 2012, the CFDA began a global partnership with W Hotels Worldwide to help to bolster the presence and awareness of the creatives in its mentorship. In the years since, its designers have been able to take advantage of the chain’s 50 properties worldwide, using each locale as anchors of sorts to discover the surrounding environments along with opportunities for cultural programming. Orley, the menswear trio from New York, set their sights on W’s sky-high, Hong Kong palace, while Nomia‘s Yara Flinn opted for the hotel’s Istanbul site, located in the center of the historic Akaretler Row Houses.

For DuGoff, the decision to visit Taiwan—a relatively young state since its divorce from mainland China in 1949—this past fall came from just that: history. “I really wanted to choose a place I hadn’t been before and that I wouldn’t normally go to,” he says, “Taipei is at the intersection of all of these different cultures; it has this sort of contentious history with China, imperial history from Japan, and is so influenced by Korean and American media today. It’s of all of these different things in one place.”

Back at the hotel’s flagship, where motion-activated contemporary art sits in the same space as stalks of bamboo from the country’s northernmost forests, this amalgamation is all too obvious. Inside its main restaurant, The Kitchen Table, local delicacies are matched with the luxuries of worldwide taste. Scrambled eggs finished with truffles and served beside New Age tofu congee, while towers of steaming woven baskets reveal an array of baos, dumplings, and other unsuspecting goods. The designer, who first trained as an architect, points these dichotomies to Taiwan’s surge from pre- to post-industrial times, a deluge of accessibility that, now, informs everything from entertainment to urban planning. In agreement, the buildings nearby—a high-end galleria solely dedicated to handbags, a multi-level food court, and the city’s landmark skyscraper, Taipei 101—rival each other in both force and ancestry. “It feels like things are happening at an accelerated rate here, and that’s really exciting.” 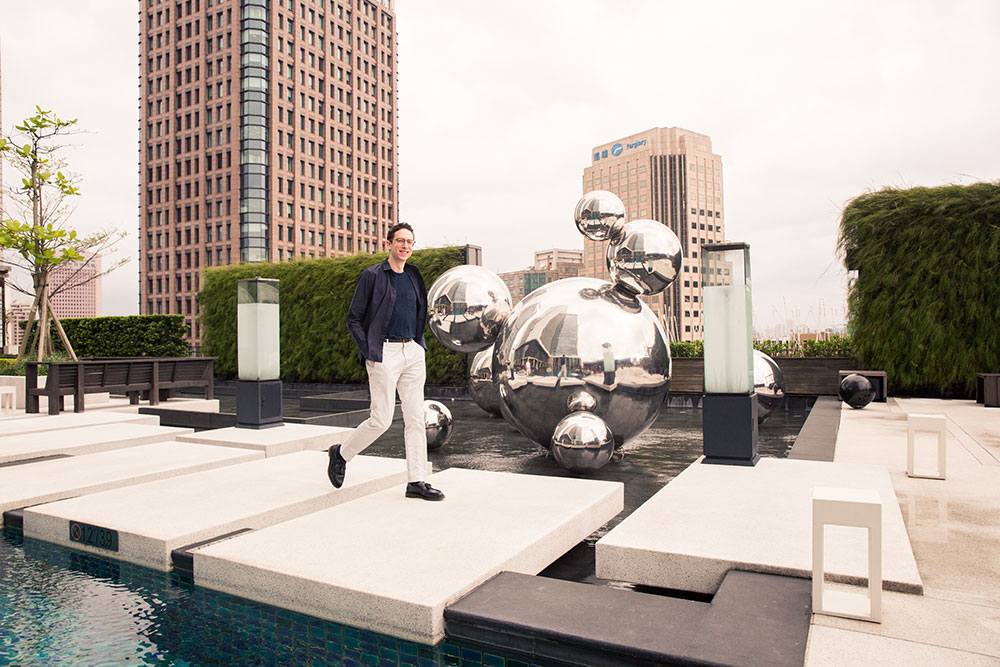 Daniel DuGoff at the W Taipei. Image by Alec Kulger.

DuGoff, lanky with artfully-tamed curly hair, studied at Washington University in St. Louis, and transitioned from architectural to furniture design after, experimenting with objects beautiful in nature but lively in their point of view, before finally to the human form. He then moved to New York, interning at local favorites Patrik Ervell and Derek Lam and eventually starting at Marc Jacobs as a technical designer in 2011. After three years working on Jacob’s diffusion line—focusing, first, on theoretical identities, and then, ultimately, tangible fit—DuGoff made a decision to go off on his own, soon his eponymous label would be born.

Loudly stylized in all caps, DDUGOFF launched that Autumn/Winter 2014 season with an ethos the designer would keep to this day: unbasic basics. The garments followed this simple nature in classic menswear silhouettes—relaxed joggers of both sweats and acid wash variety, varsity jackets ubiquitous enough for any season, and sporty pullovers—colored by digital prints and mature gradation. It was a recipe that balanced just enough pizazz with the clean standard the motto promised. Season after season next, the patterns changed, the ideas sharpened, and the materials intensified, but the direction remained just that. 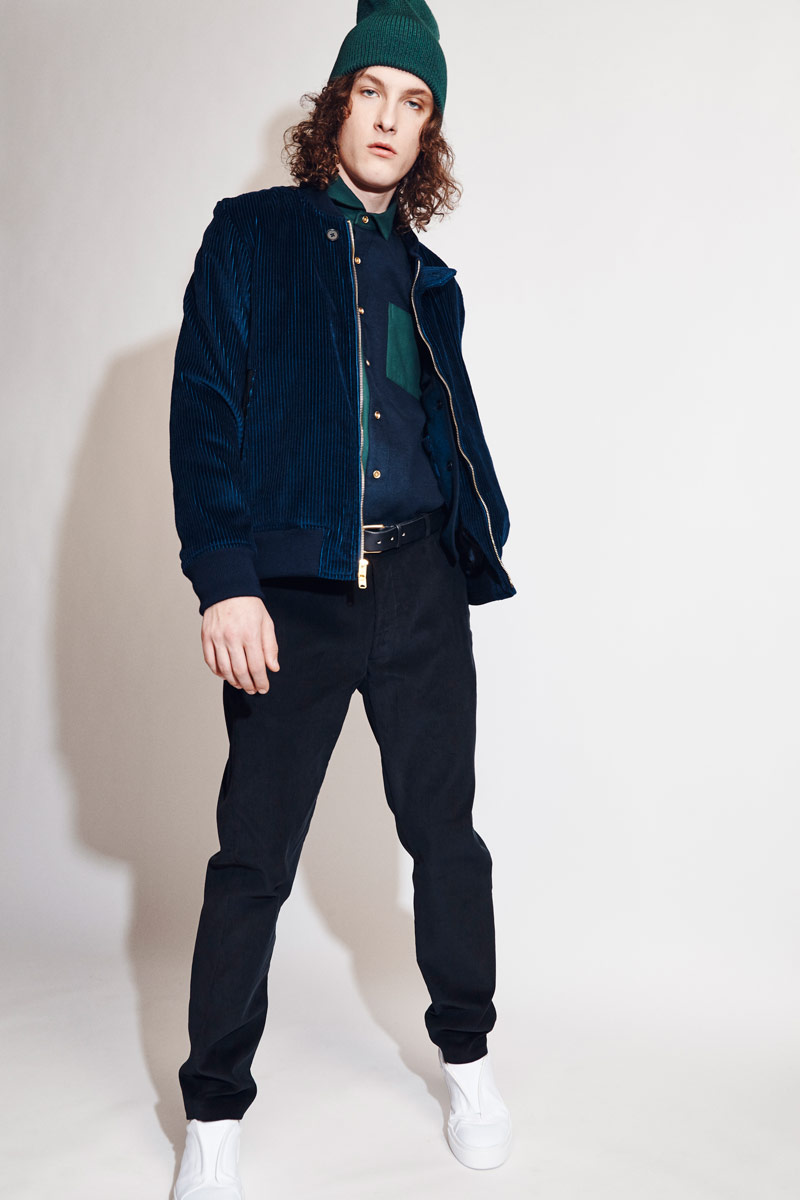 Exiting Siu Siu—an experimental, woodland greenhouse known as the Laboratory of Primitive Senses in Taipei’s Shilin neighborhood—journeys of inspiration like this are not typical for the designer, who does nearly everything for his label himself: from creating the product to selling it on the floor to others—he even runs the Instagram. Like the social media application, in fact, DuGoff’s own creative process is one of digital postcarding. Rather than a poster-sized, physical mood board—a relic from Hollywood films and/or days past—the designer compiles an electronic catalogue for each season: iPhone photos from gallery visits, tumblr screenshots of unexpected discoveries, and buildings that speak to a greater calling. Months later, he’ll sort through it all, culling each creative impulse into a to-do or a to be determined.

What happens, as in the case of this week, when stimuli is all around? “You save everything,” he laughs, gesturing to a silver-plated, triangular case he picked up in town earlier, its function not quite yet clear. On inspiration he mentions too the lines of Taipei’s cityscape and the individual moments of tile work covered by tropical foliage, particularly seen on Fujin Street, a trendy boutique-laden block in the quiet Songshan District. “There are these massively hard edges and softer, huge ranges of greens against brutal backgrounds,” says the designer. “That’s what I’m most excited about.” 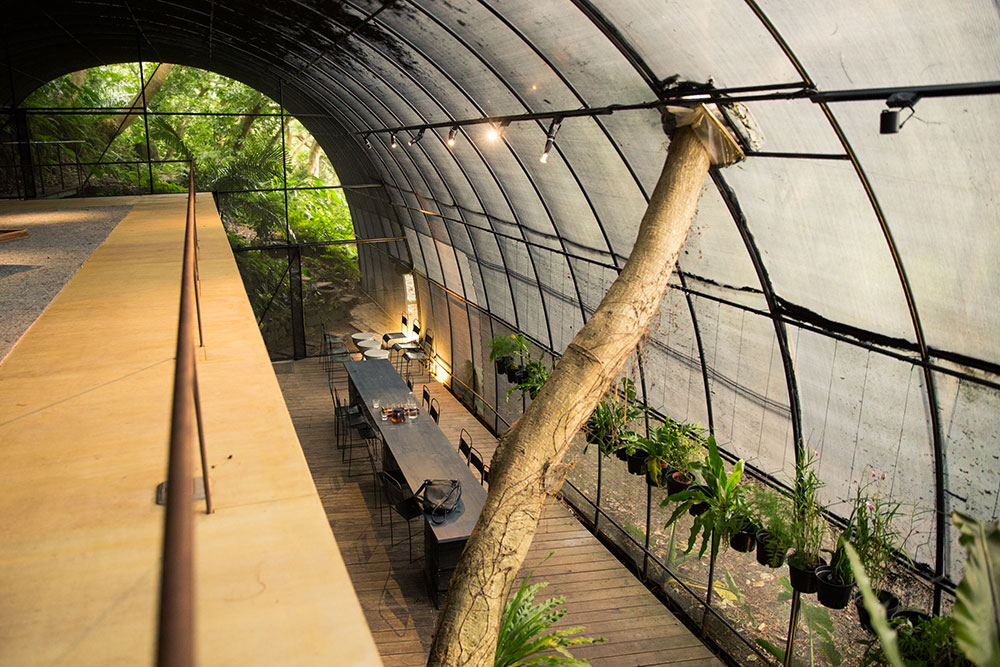 The Laboratory of Primitve Senses. Image by Alec Kulger.

In the coming days, DuGoff will continue to articulate these ideas, which will form the basis of his Spring/Summer 2018 assortment, available next January. Nearly six seasons since his line’s debut, he’s cognizant of a what warrants af full collection and what should be edited out. One thing, for example, is the line between inspiration and appropriation (“I don’t want to make fetish pieces,” he says half-jokingly) another is its relation to past works. It has to make sense in the livelihood of the brand. Like the tradition of the teahouse, it’s an exercise that requires much patience. There is a precision to the motions, an understanding of timing. But when it’s really, truly realized, the experience in that warm moment is immeasurable.