This story, as told to Ann Binlot, appears in issue No. 10 of Document, available now online and at select newsstands worldwide.

It’s the combination of picturesque beaches, lush land, and political and economic uncertainty that makes Puerto Rico an environment rife with creativity. There, postcolonial tensions drive an intellectual dialogue, affordable real estate prices make way for D.I.Y. art spaces, and a passionate collector-and-artist base allows for a connection to the outside art world. Puerto Rico-based artists Jennifer Allora and Guillermo Calzadilla of Allora & Calzadilla introduced New York-based MoMA PS1 Director and MoMA Chief Curator at Large Klaus Biesenbach to the island almost a decade ago when they invited him to visit their studio in Old San Juan. Biesenbach had been working with Allora & Calzadilla on MoMA’s acquisition of “Stop, Repair, Prepare: Variations Ode to Joy,” which was later exhibited in the museum’s atrium. He accepted their invitation, visiting the artists’ farm in El Yunque, the rainforest and national park where legendary performance artist Papo Colo and his late wife Jeanette Ingberman also lived. The curator, whose green thumb had outgrown his Far Rockaway garden, was in need of another outdoor space to practice his love for botany, and felt so compelled by Puerto Rico’s energy and beauty that he purchased property there. In January of 2017, he organized “Puertos Ricos: A Festival of Arts and Natures,” which was centered on Colo’s “Procesión-Migración,” a contemplative happening in the rainforest that fused art, music, and performance, gathering some 500 people together.  Here, Biesenbach recounts what brought him to the island, working with Colo on “Procesión-Migración,” and why Puerto Rico reminds him of Berlin. 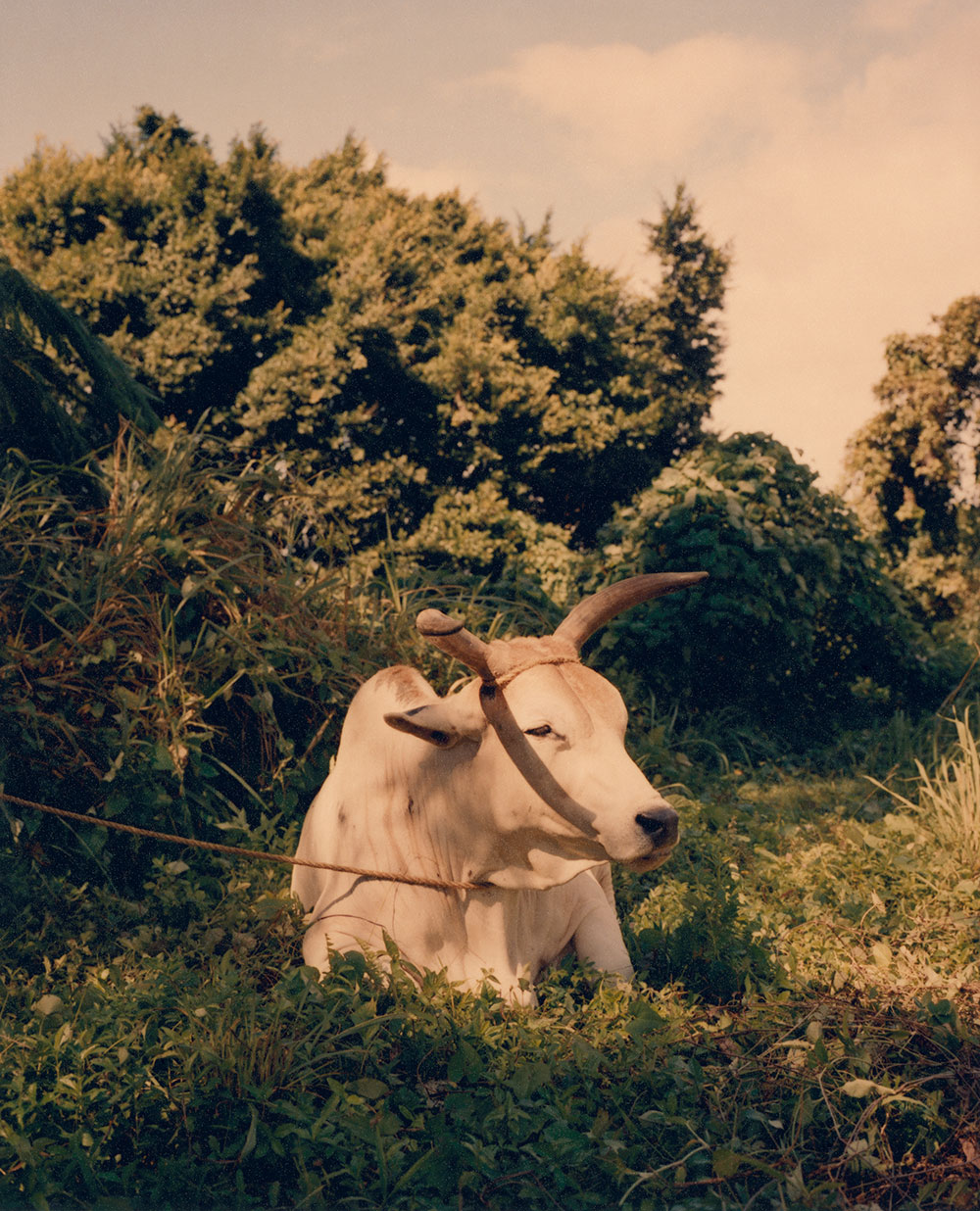 Jennifer Allora and Guillermo Calzadilla (Allora & Calzadilla) are groundbreaking artists, and they are from Puerto Rico, so when you think of Puerto Rico in the art world, they are some of the first artists to come to mind, alongside Zilia Sánchez and Papo Colo, amongst others, of course.

One day we drove up the mountain, and there was this very small building that looked like a cottage from which you could observe the weather. The view went all the way from San Juan to El Toro, one of the very spiritually charged mountains on the island. I later found a small property like it; one that felt connected to the world, the forest, and the park, and is close to the artists.

I was always aware of Papo Colo through his art, his important historical pieces, and [then] he was my next-door neighbor, just seven kilometers apart. He was the last house on the Carretera Federal 186, and I was the first small “house” again in a clearing after driving up the mountain. Papo Colo explained a lot about Puerto Rico—his native country, his native island, and a place that so many artists leave at a young age to explore the world. Papo Colo went to Spain and then to New York, where he, with Jeanette Ingberman, his late wife of many years, founded Exit Art, a very important catalyst of the New York art world.

As an artist and as a curator, he gave so much to New York, but he was also the voice talking about the many Puerto Ricans who left the island to live in New York as artists. To me he explained that he felt like Puerto Rico was the sixth borough, that there were so many connections, and more than a dozen flights a day.

I started looking into Papo Colo’s work, and becoming more curious about Puerto Rico’s history—Spanish, American, independence, the free state—going through the decades, and learning how the island is in crisis right now. During last winter’s visit to the cave organized by the Dia Art Foundation, I decided I wanted to explore Puerto Rico more. Papo Colo started telling me of his love for the animals, forest, and the tropical rain—that the rain was one of the most precious things in the decades to come and that he would like to disappear into the tropical rainforest.

With the immigration crisis in Europe, last year we started talking about this often. Puerto Rico is an island that so many leave. Europe is an area that so many people from the South are emigrating for political and ecological reasons. We talked about ecology as one of the most pressing issues. At some point I showed Papo Colo an image of a highway in Germany filled with refugees walking north, and he said that, on a small scale, that is happening every day at the airport in San Juan.

In the summer of 2016, Papo Colo and I worked very closely on a MoMA PS1 exhibition that dealt with his iconic work about Puerto Rico, “Superman 51” from 1977, where Papo Colo ran up the West Side Highway to the point of complete exhaustion, pulling 51 white cubes after him like blocks. We also exhibited his work “Against the Current,” which showed Papo Colo paddling in a canoe upstream in New York’s Bronx River. He did several of these highly charged actions in New York reflecting on Puerto Rico and his own biography. We did a small show at MoMA PS1 that looked at these connections to Puerto Rico and his activism. Then it became clear.

I said, “‘Superman 51’ was in 1977, that’ll be 40 years in January.” We decided that it would be an incredible thing to commemorate that somehow. I talked to the Museo de Arte de Ponce, and [they were] interested in presenting our focused exhibition. While we did the exhibition in New York, Papo Colo did “rogue” performances in the city that were not involved with the museum show and we were not responsible for them. They were just on the occasion of, but, of course, I didn’t want them to go unnoticed, and I photographed and videotaped some of them. We got a lot of interest, and that led to the collaboration parallel to his show traveling to the Ponce museum. 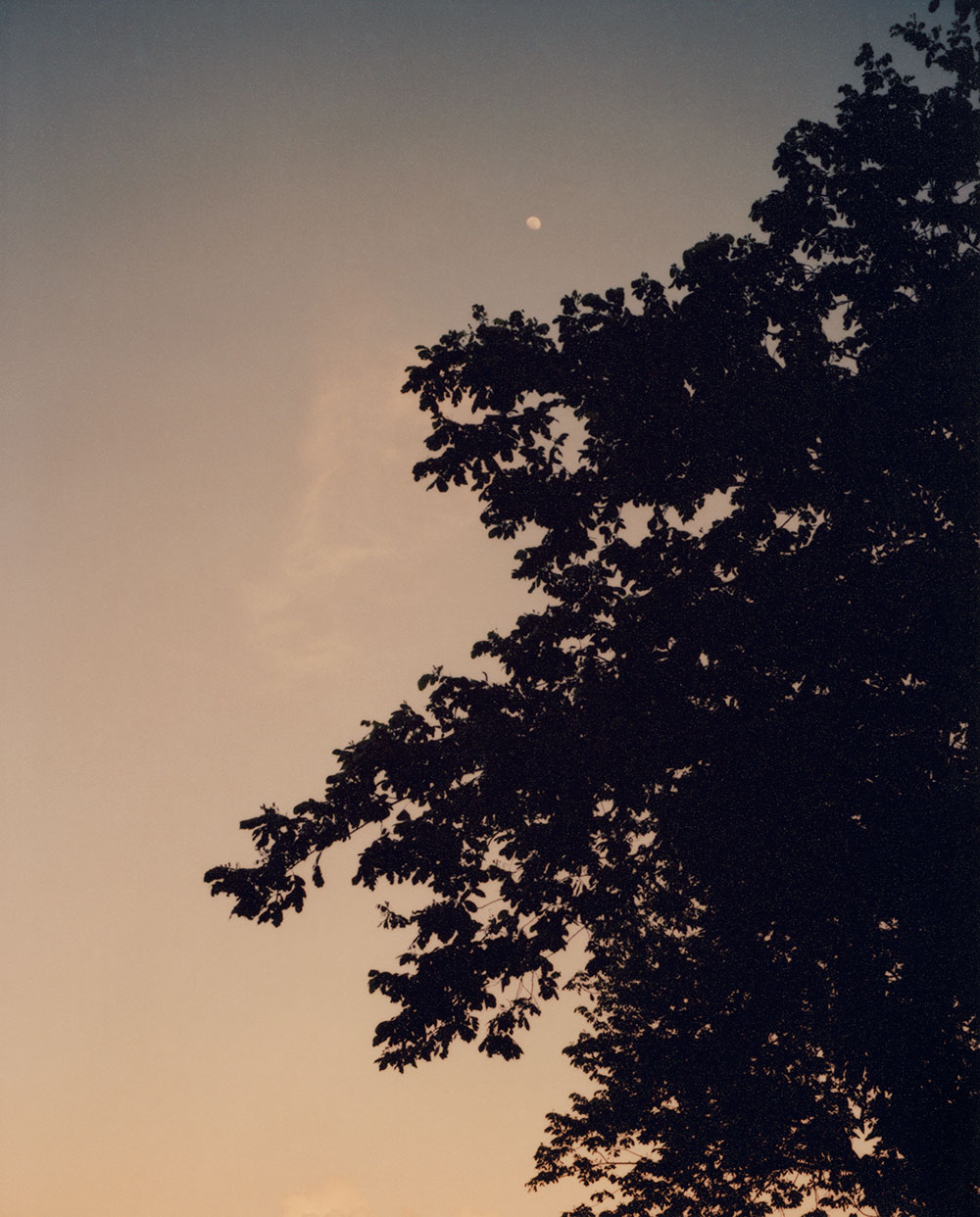 Papo Colo introduced me to the great piece of Puerto Rican literature “La Carreta” by René Marqués. It’s about a family that lives in rural Puerto Rico on a farm that is economically going down and down and down. They end up with only four acres and can’t survive on just that, so the family travels in an oxcart, la carreta, to San Juan. They end up in this beautiful but poor part of the city, La Perla, that doesn’t work out for them either, so they end up going to New York. One of the male protagonists in the novel actually dies in a factory accident. Completely broken, the family returns to Puerto Rico to the countryside. It’s the rural, the urban, going to New York, and returning. It’s a story for so many Puerto Ricans about how the dialogue with New York is either positive or negative. Here’s Papo Colo who, at the age of 70, successfully returns to Puerto Rico, mirroring biographically “La Carreta” by Marqués. But he doesn’t only disappear to San Juan, he returns where “La Carreta” begins, in the countryside. He has had a foundation for many years here already. He started it together with Jeanette, and after she died he buried her ashes here, so for him it is a spiritually charged place. When we visited it the first time together he said, “I’m 70 now, I’m going from the sexual into the sensual. It means I’m going to have a sensual relationship with nature—with beings, with trees, with animals. It’s not going to be about sexuality anymore, now I’m having a polymorphous relationship with nature.” I thought it was a beautiful metaphor.

We worked on “La Carreta,” the idea of the oxcart going, but then of course the oxcart was used for migration in the 50s; it’s not the method of migration we see in the news every day now. It’s referring to this, and it’s like a migration back to where he came from. The idea of “La Carreta” led to the oxen, the oxcart, the horse cart, the rooster in the box, the animals going with their sheep—the sheep have a symbolic meaning—in relation to Puerto Rico. There are all these different layers and levels of what Papo Colo is putting together in “Procesión-Migración.” It is a celebration of the rain, of the forest, of the animals. It is a celebration with musicians, singers, a cello player. It is connecting art and nature and it led us to a weekend enveloping this procession-migration with a series of events that not only brought visitors to El Yunque, but also brought people who traveled from afar to see the incredible cave of Allora & Calzadilla in the dry forest in the south.

Puerto Rico is in an incredibly dire economic situation. It has this multibillion-dollar debt. There are not many jobs, so there’s not much hope on the horizon. There’s this economic calamity, but that leads to empty spaces, and, if you see it positively, opportunity. An artist can start a little storefront because there are empty storefronts that are relatively affordable. You can start a studio and an artist-run space because there are empty buildings. It reminds me of Berlin after the fall of the wall—artists have opportunities—so I hope that I can support these artist initiatives in the future. Art is one anticipatory, creative way of dealing with situations like this. I can only say that working with such a large team, with like 25 people, and seeing everybody around, the enthusiasm is impressive, and I am very grateful for it. It’s also Papo Colo—he’s almost like a mysterious national treasure. Allora & Calzadilla always told me about it and now I understand it more.

The word “curator” comes, of course, from the late word curare, “caring,” and I hope in the future I will have a chance to care more for art and artists on this beautiful island. I am not a strategic planner, I am not a PR person, I am not a developer. I am just a curator who knows a lot of artists and hopes to help make their projects possible.

In his residency in the rain forest, Papo Colo will perform his artistic practice every day. He will take photographs, he will write poetry, he will carve, he will perform. And artists can come, he will not talk, but he will practice his “mystifarian” ecological practice in the forest. He will be present but he will not talk. It’s interesting that this piece has so many urgent topics like ecology, like migration, like the economy, like the question of individual or societal autonomy, the urgent questions of post-colonial reflection, the tension of being urban or rural, of being alone with nature or social in your practice.