“After the success of the first year, we were bombarded by requests from other galleries asking if they could participate,” remarked co-founder Robbie Fitzpatrick. “So we decided to expand the exhibitor list, by opening up more space in the town, and having outdoor sculpture projects. The opening day had three times the number of visitors.”

At the saloon, fairgoers were happily greeted by two male models sporting tee shirts designed by Eckhaus Latta with images by Tom of Finland—the sponsor, New York’s Artists Space, is organizing an upcoming retrospective on the artist. In the General Store, Los-Angeles gallery Jenny’s showed paintings by Mathieu Malouf, sculptures by Max Hooper Schneider, and wall hangings by Liz Craft (co-founder of the fair).  A large barn was built out to accommodate 14 galleries, including New York’s Tomorrow, which had photographic works by Oto Gillen and Dena Yago. Chicago-based Queer Thoughts exhibited a striking installation of axes by Darja Bajagić in their Mess Hall space. Frankfurt gallery Neue Alte Brücke had works by several artists including paintings by Magnus Andersen in their shack separated from fairgrounds by a small bridge. Freedman Fitzpatrick appropriately occupied the Sheriff’s station with works by STRAUTCHEREPNIN (Josef Strau and Stefan Tcherepnin, who also had works at Green Tea Gallery).

While the fair had plenty of art to look at and to buy, the atmosphere was relaxed and social, with visitors gathering in the town square to chat and enjoy a Tecate.

Projects and performances included “Kaya’s House”, a small pink-trimmed structure designed by Debo Eilers and Kerstin Brätsch, which included their work costumes and paintings that the duo dragged through the town. Starting in the town square, Ei Arakawa and Karl Holmqvist and friend carried out a performance with large metal letters. On a stage in the mess hall, Richard Hawkins enlisted friends, including Vittorio Brodmann, Julien Ceccaldi and Andrei Koschmieder, to create live paintings, which served as the backdrop for a number of readings and performances.

While the fair had plenty of art to look at and to buy, the atmosphere remained relaxed and social: many visitors gathered in the town square and streets to chat with friends and enjoy a Tecate. Printed Matter and the fair organizers hosted a joint party on Saturday at the sprawling Jewel’s Catch One in Mid City. On Sunday night, Freedman and Fitzpatrick hosted a barbecue at their Silver Lake home where Richard Hawkins received a tongue-in-cheek award for best project. Everyone seem exhausted from a weekend of hard work and hard partying. When asked if the fair will be back next year, co-founder Alex Freedman replied, “I’m a sucker for trilogies.” So are we. 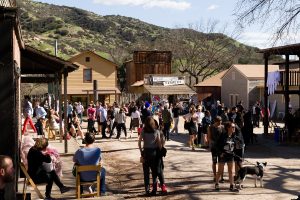 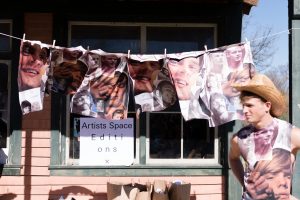 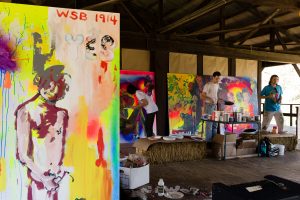 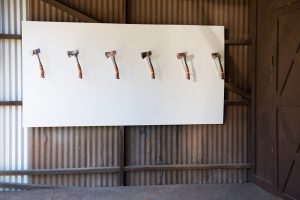 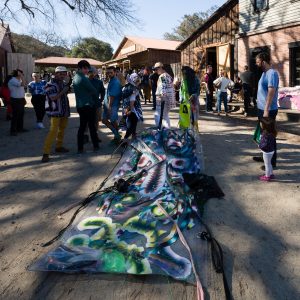 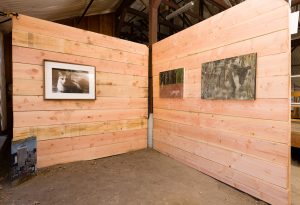 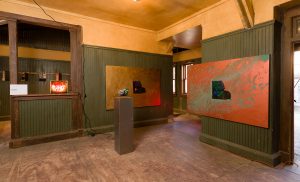 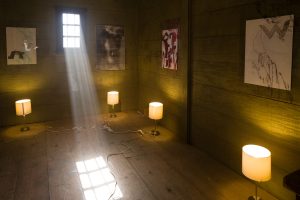 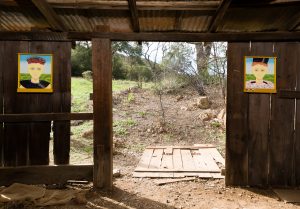 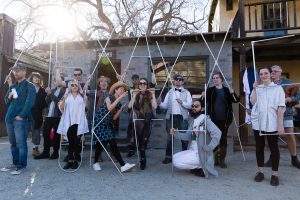