Document Journal partnered up with director Luca Guadagnino to celebrate his upcoming Amazon Studios remake of Dario Argento’s legendary cult classic Suspiria, out in theaters on November 2. Guests to the intimate dinner, who included host Grace Coddington, Guadagnino, Document editor-in-chief Nick Vogelson, Document fashion director Sarah Richardson, Alek Wek, Mica Arganaraz, Craig McDean, Doug Lloyd, and New Vanguard winner Igor Pjörrt entered The Standard’s High Line Room, to discover a sign that read IN SESSION in English and LAUFENDE SITZUNG! In German, a nod to the film being set in Berlin. Inside the mirrored room that was lined with columns, a Bacchanalian feast awaited, with a long table topped with candles, flowers, and fruit. “They did an amazing job it’s beautiful,” noted Guadagnino, who admitted, “The truth of the matter is that this room is a replica of a room that  Inbal Weinberg designed for Suspiria

Guests discussed Document 13, which features Suspiria star Mia Goth, who was shot by McDean and styled by Coddington over lamb and salmon. “I think it’s about as soon as Nick work mentioned to me, would I like to work with Mia, it was an immediate yes, because A. She’s very talented,” said Coddington. “She’s very unexpected, and I really love her. I’ve done some pictures with her before for American Vogue—twice actually, I think she’s a really wonderful actress and I love her. I was really happy to work with her again. I could work with her everyday. She’s a pleasure.”

At one point in the evening, the lights starting blinking on and off as the sound of loud thunder filled the room, while scenes from the thriller about a ballerina who goes to a prestigious ballet academy filled with supernatural occurrences played on television monitors throughout. Coddington praised Guadagnino, who is the director behind I Am Love and Call Me by Your Name, while toasting him. “All your movies are so beautiful,” she said, before guests headed upstairs to the Top of the Standard to dance the rest of the night away. 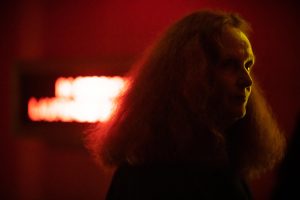 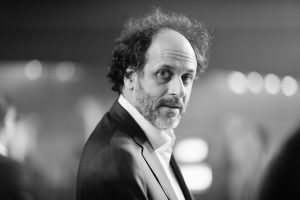 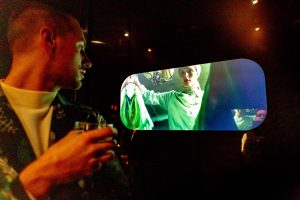 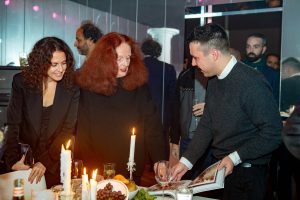