Acclaimed “Godfather” of the designer toy movement, Michael Lau connects with Ports 1961’s Milan Vukmirovic for a larger-than-life collaboration. Recently unveiled at the brand’s New York flagship, the 9-foot tall surfer statue is outfitted in star camouflage print and Navajo embroidery in a playful effigy of motifs from the creative director’s Spring/Summer 2016 collection. Moments after its installation, the two creatives discuss influence and inspiration.

Ronald Burton—Though you practice different disciplines, you both grew up heavily influenced by streetwear. Can you speak about our obsession with this culture now, and why (or if) you think this movement is becoming more of a phenomenon?

Michael Lau—I grew up when street culture was at its peak—that’s when I created the Gardener series in 1999, which led to the whole trend of urban vinyl (art toys). At that time, I was really interested in the many different facets of street culture: hip-hop, graffiti, X Games, and sneakers. There’s such a strong, unique language and attitude from that world, which is really what I was trying to reflect.

Milan Vukmirovic—It is all about mixing references and being cool. Social media and streetstyle photography have just helped this grow faster. Street culture is all about youth, and fashion is about youth too.

Michael—Nowadays, I think street culture has evolved. It has gotten a spin from the high fashion world…or maybe I should say the other way around? Folks like us, who grew up from that era, are now looking for something a bit more sophisticated but still in our language; more quality, premium details, and all that.

Milan—It’s changing the game of fashion. The real luxury today is to look cool with limited, special pieces regardless of price. Street culture imposes the need to be more democratic, because it speaks to a bigger audience, and that is the key. Fashion is a business, after all, and a bigger audience means more clients and higher quantities. This phenomenon—especially with people like Kanye West or Pharrell or Rihanna and Nike or adidas—is just beginning.

Ronald—The new surfer figure is your second collaboration in a three-part project together. How did this relationship come about?

Street culture imposes the need to be more democratic, because it speaks to a bigger audience, and that is the key. 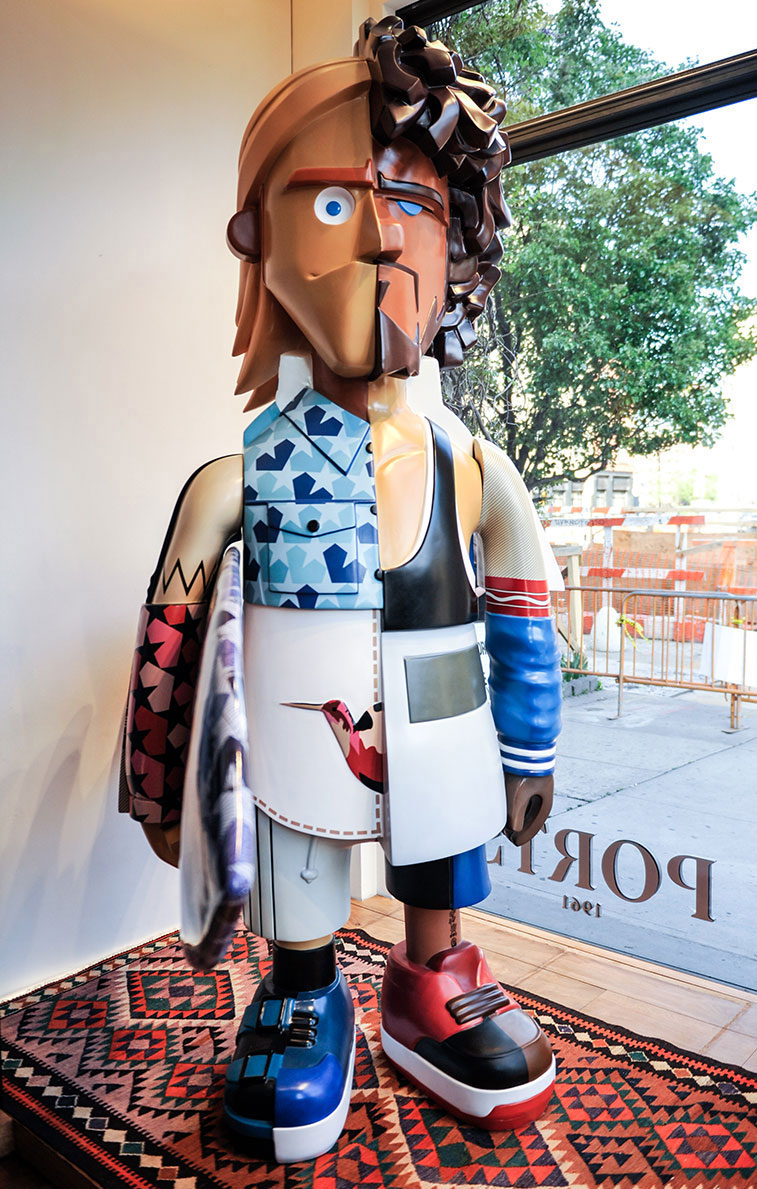 Milan—I have always been a big fan of Michael’s work, and the partnership started with my own dream of working with him. Early in 2015, I was working on the opening event of our Ports 1961 flagship store in Hong Kong and I asked him if he would design a special toy for us. I was so happy when he accepted; he was given carte blanche.

Michael—I saw how Milan was injecting a streetwear flavor into the new menswear collection. It got me interested. Then, looking back at what the brand has done in the past, I came up with the concept of PortSoul to illustrate the two sides of how many of us live nowadays. I think it reflected the new Ports 1961 menswear image that Milan was trying to convey.

Milan—Even though we come from different backgrounds, we are from the same generation. We both started our careers in the ‘90s, and were influenced by similar things like sports, Nike, and Manga. I remember chasing some of his toys in Hong Kong, and then trying to buy them when I started at Colette.

Ronald—What are your personal processes when collaborating on artistic works?

Milan—Collaborations are exciting and fun. It’s a human experience first. Working with another artistic medium is challenging, but it’s all about sharing: creativity, ideas, visions—always with common respect, admiration, and excitement.

Michael—What is new in every collaboration is the designer and the different story that the project is trying to tell. Of course the story has to be interesting to me first, then it’s about finding a personality or characteristics to amplify through my creative filter.

Milan—When it works out, you know it will be a commercial success, because you pass on the passion you shared during the collaboration process.

Ronald—When everything becomes so saturated so quickly today, what does cool mean to you?

Michael—Cool is staying true to who you are, what you are, and being authentic.

Milan—How you feel with yourself. It has never been about the clothes you wear. Trying to be cool isn’t going to make it. It’s about being confident and finding the right balance in your life.

Michael—When I look at all the crazies across the social media world, honestly there is the need to stay ahead of the game, but at the same time it’s difficult, because folks like me just aren’t used to exposing everything like that. I will only work with the game at my own pace.

Milan—If we are talking about fashion, I prefer people who have style than those who follow fashion hoping it will give them a personality. Everything becomes so saturated so quickly, because there are too many choices and we get so easily bored. The only answer to that is stay true to you. 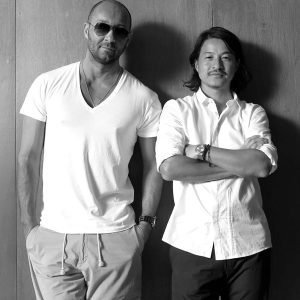 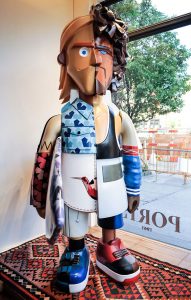